Asteroid Bhanji was named by the International Astronomical Union after Alaudin Bhanji, a manager at NASA's Jet Propulsion Laboratory (JPL), in Pasadena, California. His entire professional career has been with JPL, conceiving and implementing NASA’s next generation Deep Space Network (DSN). For more than four decades, his vision and leadership were instrumental and crucial to NASA's mission successes.

Says James K. Erickson, manager of JPL's Mars Science Laboratory Project: “On all the projects that I have managed, the one thing that we always counted on was Alaudin Bhanji and the DSN delivering services when we needed them. He was always there for us, no matter what or when we needed it.”

The DSN is an international array of three giant radio antennas, each 230 ft. in diameter, and nine others at 112 ft., that monitor and support interplanetary spacecraft missions, as well as some that are in earth’s orbit. The DSN also provides radar and radio astronomy observations to increase our understanding of the universe. It is the world's largest and most sensitive scientific telecommunications system. 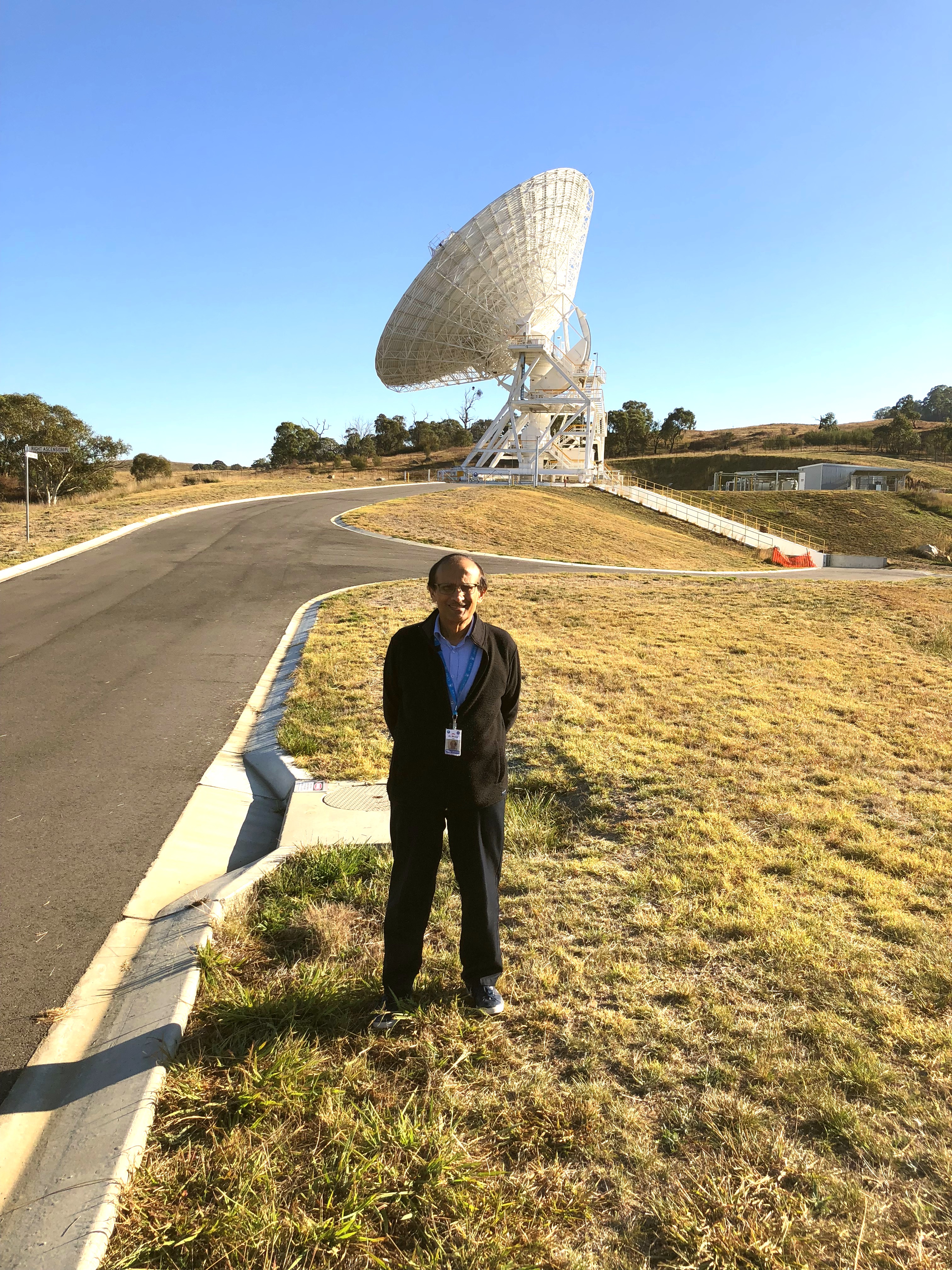 Alaudin Bhanji in front of the newest antenna built under his leadership in Australia.

DSN facilities are located near Barstow, California; Madrid, Spain; and Canberra, Australia. These locations allow constant communication with spacecraft as the Earth rotates, providing critical information to and from spacecraft, including images and scientific information from space. This network of antennas also enables scientific investigations into the nature of asteroids and the interiors of planets and moons.

Despite budget constraints and some questioning the value of space missions, Alaudin remarks on the future of space exploration: “There are two trends that affect space exploration, and there is good reason to be optimistic. First, broader international participation, both in space missions and international cooperation missions, is positive. Second, there are ongoing initiatives to make NASA’s limited budget more focused and efficient.”

While this was an unexpected honor, Alaudin is reluctant to admit his contributions, but is quick to praise the staff that work at JPL who have made the DSN facilities and communications systems so successful for NASA missions.

Joining JPL in 1976 after graduating from the California Institute of Technology, Alaudin managed both of JPL’s flight and ground communications sections and later, the telecommunications division, before becoming project manager of the DSN in 2004.

With several papers published, Alaudin is well-known in the field of high power microwave generation and transmission, and has been actively involved, sitting on several formal and informal review boards. He is a recipient of many awards from NASA, the US government, and international agencies, for his service and leadership, including NASA's Outstanding Leadership Award, and the JPL Magellan Award.

While being involved with extra-terrestrial matters, Alaudin has spent much of his adult life also involved in matters on terra firma, serving the Jamat and its institutions for over 30 years, including as President of the Ismaili Council for the USA (1999-2005). 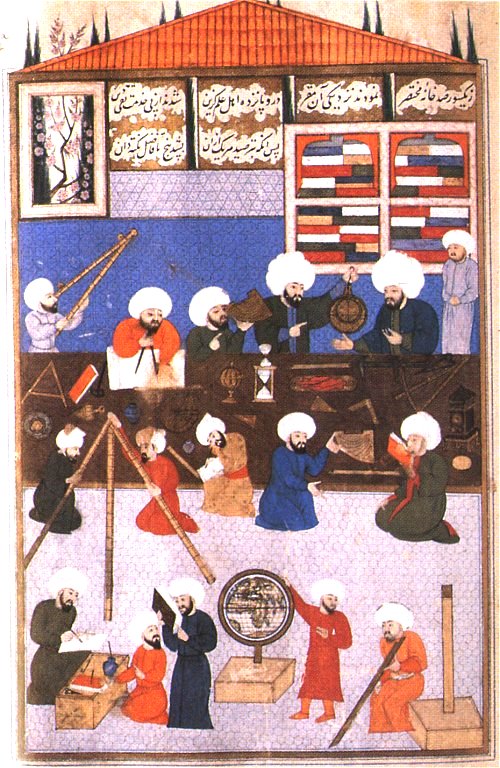 The almost infinite size of space, and the objects within it, are beyond understanding, except  perhaps by the most learned physicists and astronomers, and its origins still remain a mystery to all. In 2016, an article in Science magazine suggested that there are about two trillion galaxies in the observable universe. The Milky Way galaxy, which contains our solar system, is estimated to have 200 billion stars like the sun, along with planets, asteroids, and other masses. If one can imagine our Sun as a grain of sand, our Solar System would fit into the palm of one's hand, and the Milky Way Galaxy, with its 200 – 400 billion stars, would span North America.

Within our own solar system are asteroids, small, rocky objects that orbit the sun, like planets, but much smaller, most of them in the main asteroid belt — a region between the orbits of Mars and Jupiter. The belt is estimated to contain between 1.1 and 1.9 million asteroids larger than one kilometer (0.6 mile) in diameter, and millions of smaller ones.

While not an astronomer, Alaudin's efforts at increasing our understanding of the universe place him in the company of great astronomers and intellectuals of the past who have had planets named after them, including the Muslim scientist, astronomer and mathematician, Al-Farabi, as well as Al-Khwarizmi, Abulghazi, Al-Tusi, Al-Sufi, Al-Battani, Al-Farghani (the Uzbek city of Farghana is named after him) and Omar Khayyam. The first observatory is said to have been built by Caliph Al-Mamun in 828 CE. Other notable observatories include the one at Maragha built by Hulagu Khan for Nasir al-din al-Tusi in 1259; the Observatory in Samarkand, Uzbekistan, built in the 1420s by the Timurid ruler and astronomer Ulugh Beg; and the Istanbul observatory built by Sultan Murad III in 1569 for Taqi al-din Muhammad.

In this tradition, and that of Copernicus, Galileo, and Newton, JPL's DSN antennas are being used to explore the farthest regions of space, helping us to learn more about its origins and infinite size.

While being involved with extra-terrestrial matters, Alaudin has spent much of his adult life also involved in matters on terra firma, serving the Jamat and its institutions for over 30 years, including as President of the Ismaili Council for the USA (1999-2005). Despite his hectic work schedule requiring 17 weeks away from home each year, he had remarked that he always found time and energy also to serve the Jamat.