Thanksgiving in the United States is when family and friends gather to share a meal in their homes. But the national holiday is also an opportunity to join with neighbours in offering service, and across the country, American Ismailis did exactly that.

On the fourth Thursday in November each year, Americans celebrate Thanksgiving Day. Like many in the country, Ismailis across the United States gather with family and friends to share a meal in their homes. But the national holiday is also an opportunity to join with neighbours in offering service — giving time and resources for the benefit of others.

Whether in Atlanta, Dallas, Houston, Orlando, or elsewhere in the country, the American Jamat’s desire to help others was ubiquitous. Seniors and youth, parents and children, volunteered together in a variety of ways.

In Atlanta this November, Erum Ali led a group of 75 Ismailis, who volunteered at the Midwest Food Bank during their Thanksgiving.

“I feel as though each one of us there made an impact on the greater community,” says Ali, who was glad to be able to help her fellow Atlantans. “Seeing new faces and physically visiting a local food bank showed us different opportunities.”

The group came together under the I-CERV initiative (Ismaili Community Engaged in Responsible Volunteering). The nationwide programme supports Jamati service activities in local communities. I-CERV initiatives help Ismaili youth to actively make a positive difference in the lives of others, encouraging positive youth development, and reinforcing values that are central tenets of our faith.

Elsewhere in Atlanta, another I-CERV group collectively gave hundreds of hours to help the Hosea Feed the Hungry annual Thanksgiving initiative. Started in 1971 by civil rights leader Reverend Hosea Williams, the service organisation has provided hot meals, haircuts, clothing, and other services to over 500,000 people since its inception, with the help of more than 60,000 volunteers.

“It was beautiful to see many communities collaborating and working together towards a common goal,” says Narmeen Ratani, who helped out at the Hosea Thanksgiving event.

Elisabeth Omilami, daughter of Reverend Williams and CEO of Hosea Helps welcomed the the Ismaili community’s participation. "It's wonderful to see how helpful and caring the Muslim community of Atlanta is,” she said. “I hope that I-CERV will continue to volunteer and be a part of our Hosea family and organisation,” she added.

Earlier in the autumn, I-CERV had also been busy in Orlando, where volunteers helped with food drives, assisted Habitat for Humanity, and visited local homeless shelters, where they spent quality time with young children. Anita Lalani Charania, who led a homeless shelter “read-in” and book drive at the Coalition for the Homeless of Central Florida says that "the experience was both humbling and uplifting.”

Shezmin Sayani, who took her nine-year-old son Khaleel to help sort cans of food at the Children's Restoration Network, a non-profit agency that serves homeless children and mothers in Atlanta, says it gave her a chance “to bring up the conversation with my child about the importance of volunteering, giving back to the community, and [the] ethical and moral obligations to pay it forward.”

“Just a few days prior, we were having a discussion at the dinner table about the delicious food we are blessed with, and how there are hundreds and thousands who may not have much this holiday season,” she continues. “For my son and I, this project brought things into perspective.”

The holiday season is also a time for gathering, to give thanks for blessings that have been received. Increasingly, Americans of different religions have been coming together at Thanksgiving, uniting in values that are shared across religious lines.

In Chicago, the Ismaili community participated in the Edgewater Community Religious Association Thanksgiving Service hosted by the Immanuel Lutheran Church. The gathering brought leaders from Christian, Jewish and Muslim communities together for an interfaith expression of gratitude and prayer.

Ismaili youth commenced the event with a recitation of the adhaan (the Islamic call to prayer) and its translation. The service concluded with a benediction, highlighting traditions from all three Abrahamic faiths.

One member of the Chicago Jamat praised the event, saying that it was a wonderful opportunity for young members of the community to “see a human connection within the religious diversity of our society.” 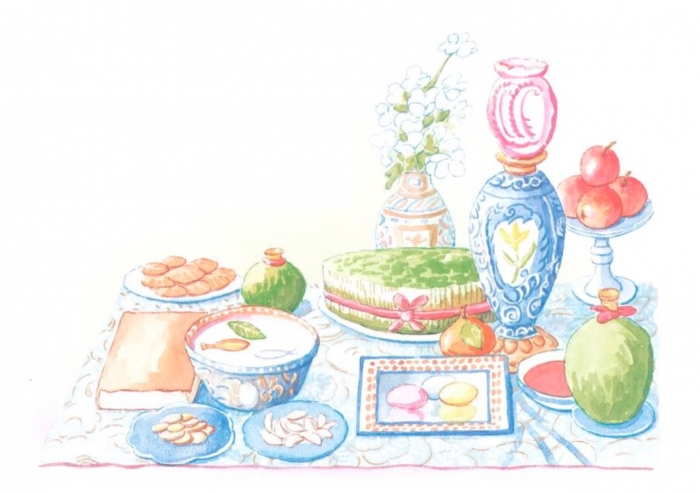