Leila Keshavjee, a young member of Toronto’s Ward 26 community, carried the flame, which represents the history and spirit of the Pan American Games — a major international sporting event held every four years among the nations of the Americas. This summer, Toronto is hosting the games.

“I am honoured to be selected as the Pan Am flame bearer and to be part of the first event of the Aga Khan Park,” said Keshavjee. “This once-in-a-lifetime opportunity fuses my passion for sport with my love for the park.”

Before the arrival of the flame at dusk, the visitors delighted in sights, sounds and flavours inspired by the Silk Road — a network of trade routes that for centuries connected India and China to the Mediterranean Sea. These ancient pathways also enabled cultural interaction between the Eastern and Western worlds, playing a vital role in the development of many civilisations.

“The Silk Road motif was attractive as an idea to showcase our history via education, entertainment, cuisine, performing arts, and merchandise,” explained Karim Ladak, who leads the Aga Khan Park volunteer team. It also symbolised the park as “a place where people connect,” he noted, “across cultures, across generations, across communities.”

A variety of activities were organised throughout the park, including a souk highlighting cultures from the region, a wellness zone with guided yoga instruction, a number of children’s activities, as well as dance, poetry and musical performances.

Ashif Tam’s children danced Zumba at the children’s activity zone, while his wife volunteered in another section of the event. “The kids love the face painting and my daughter loves the mendhi,” said Tam. “We’re going to go for the storytelling session after.” Tam and his family planned to stay to watch the Pan Am flame travel through the park.

“I am totally thrilled,” said Irene Maguire, who had just completed a rousing round of laughter yoga at the event with her son and daughter-in-law. “This park, the [Ismaili] Centre and the [Aga Khan] Museum are a treasure for Toronto.” Maguire, who recently took the course From Cairo to Samarqand: Discovering the Cities of Muslim Civilizations at the Aga Khan Museum, observed that the museum is at a world class level.

“This place inspires me,” added her daughter-in-law, Nigina McCreary, who is originally from Tajikistan. “When I get homesick, I come here and I feel loved.”

Committed to showcasing and celebrating Toronto’s rich cultural, architectural and artistic heritage, the Aga Khan Park is a private green space that is open to the public. The 6.8-hectare site encompasses the Aga Khan Museum and the Ismaili Centre, Toronto.

Reflections is the first of many events that will showcase the thriving multiculturalism and diverse talents and interests of the community that surrounds the park. The event was supported by a number of community partners that also serve the neighbourhood.

Fathima Hussain, president of the Toronto chapter of the Canadian Council of Muslim Women, was excited to be part of the event. “The Pan Am Games are the biggest thing this summer, and it’s so great that the Aga Khan Park could host the flame,” she said. “We’re really proud to be a part of the day, and to be able to celebrate with the community for the Pan Am Games.”

“The park is just gorgeous,” she added. “I think, especially for this part of the city, it’s just going to add so much. It’s really going to... bring in extra energy to the community.”

Local Toronto City Councillor Jon Burnside called the park a hidden gem. He had visited the park several times prior to the Reflections event, and believes these types of events will highlight what the site has to offer to nearby residents.

“There are so many different aspects that make it so unique,” Councillor Burnside explained. “Usually you go to a museum and that’s all you get. You don’t get the cultural centre, you don’t get the wonderful park. It’s one of those things where you can come here five times and there’s still more to see.”

The Aga Khan Park plans to continue to work with community partners to host a variety of exciting events throughout the summer, including educational programmes, community art exhibitions, performing arts events, film screenings and cultural festivals.

“We have had lots of feedback on having an encore next year,” says Ladak. 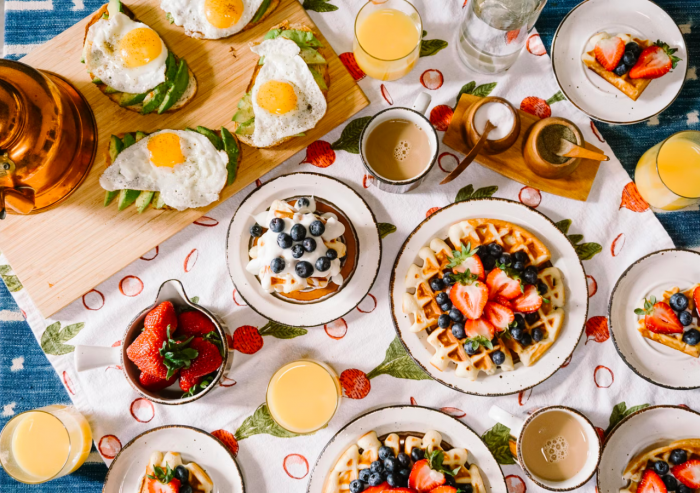