Late last year, a diverse group of interfaith leaders visited the Aga Khan Museum to explore its exhibitions, architecture, and facilities. As the United Nations has decreed the first week of February World Interfaith Harmony Week, The.Ismaili is pleased to share the experiences of these visitors in an article written by Ruth Broyde Sharone, first published on 15 November 2018 by The Interfaith Observer.

Some 7,500 people representing more than 200 religions gathered from around the globe were boisterously engaged at the Toronto Convention Centre in a week-long repast [last November]. The feast included interfaith plenaries, seminars, workshops, panel discussions, worship, meditation, artistic performances, a film series, and much more. All the while a different kind of  interfaith activity — subtle and low-key — was going on a few miles away, at the Aga Khan Museum.

The stunning museum, designed by Japanese architect Fumihiko Maki, is a landmark structure, revealing in exquisite detail the rich artistic culture of Islam and the diversity of Islamic civilization. As their brochure describes, it is dedicated to connecting cultures through the arts by serving as a centre for innovation and creativity, with an expressed goal “to expand people’s understanding of the contributions of Islamic civilization to global cultural heritage.”

It was created by His Highness the Aga Khan, the current spiritual leader of the Shia Imami Ismaili Muslim community, often referred to as a modern-day “Medici.” He is the community’s 49th hereditary Imam and a direct descendant of Prophet Muhammad. He is both a patron of the arts and a creative force, having spearheaded the construction of some of the most noteworthy architectural sites in the world, including hospitals, universities, museums, and gardens.

The Aga Khan has also initiated one of the most prestigious architectural prizes in the world, the Aga Khan Award for Architecture, and his architectural and cultural footprint is especially noteworthy in Canada. Landmark sites include the Aga Khan Museum and Ismaili Centre in Toronto, the recently inaugurated Aga Khan Gardens in Edmonton, and the Delegation of the Ismaili Imamat building in Ottawa. Also in Ottawa is the Global Centre for Pluralism, funded by the Aga Khan and the Government of Canada, a tribute to the model pluralism that characterizes a country which has a history of liberal immigration and recently became a welcoming home to thousands of Syrian refugees. 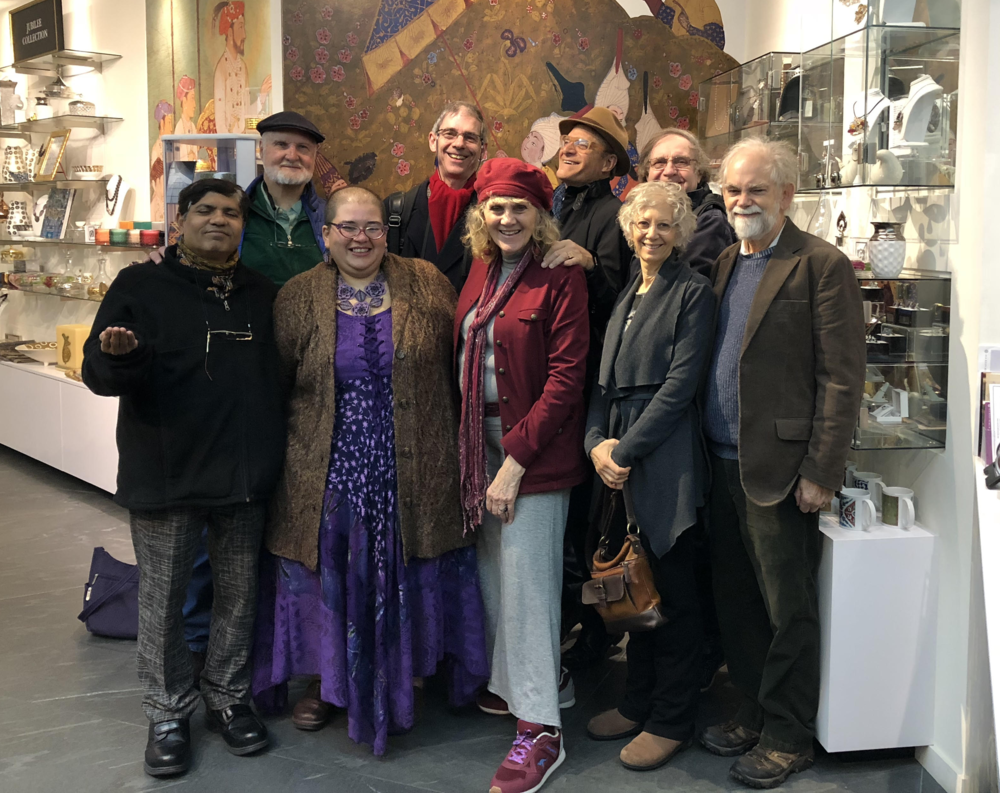 The tour group poses for a photo while visiting the Aga Khan Museum.
Photo courtesy of The Interfaith Observer; by Martin Roy Mervel

Thirteen who attended the Toronto Parliament of the World’s Religions this year chose to stay a few extra days to enjoy the art and architecture of the city. Mostly from the United States, our group included interfaith activists from India, Holland, and Germany. We were invited first to visit the Ismaili Centre designed by Indian architect Charles Correa, a building which seamlessly integrates classical Islamic design with modern materials and sensibilities.

Our next stop was the Aga Khan Museum, now a popular visiting place for local high school students of all ethnic backgrounds who descend on the museum daily in large, noisy groups. While we were there, the students, like us all, were irresistibly drawn to the gold, ruby, and emerald encrusted daggers in the special exhibit called Emperors & Jewels: Treasures of the Indian Courts, from a private collection in Kuwait.

Magnificently adorning themselves to feast and to fight, the Moghuls of India and their contemporaries in the Deccan Sultanates embraced the jeweled arts. The exhibition pays tribute to their love of opulence and celebrates the artisans who blended Indian, Persian, and Central Asian traditions as effortlessly as they combined precious stones, jade, and gold. In the melding of metallurgy, ceramics, glass and stone, we witnessed the results of an alchemical creativity that occurred when diverse cultures were encouraged to inspire one another to great heights. This reflected interfaith and intercultural engagement at its best, just as we had experienced at the Parliament.

In one of the main exhibit halls we watched, fascinated, as a world map spanning an entire wall slowly lit up like a Christmas tree, reflecting the historical advance of Islam from city to city, country to country, conquest to conquest, dating back from Prophet Muhammad's time in the sixth century till today. The sprawling map reminded us that Indonesia, not the Middle East, is home to the largest concentration of Muslims in the world.

Nazira Virani, our extremely knowledgeable tour guide, was born in Uganda and migrated to Canada. She explained the Aga Khan’s penchant for fostering great architectural and environmental design. “His Highness believes our environment is extremely important for our mental well-being.” As an example, she cited one of his projects in Al-Azhar, the centre of historic Cairo, Egypt (a city founded by the Aga Khan's ancestor, Imam al-Muizz, in 969 C.E.), where a massive rubbish heap was transformed into a beautiful 74-acre city park and gifted to the city as an oasis in a metropolis lacking green spaces.

Even more important, she said, “Egyptians were trained in all of the skills needed to construct the park, so that when the project was complete the workers would be able to continue using those skills to work in their own communities.” She pointed with pride to an intricate, carved wood screen behind her that had been made by some of the workers in Egypt and donated to the museum in Canada.

At the end of the tour, most of us stayed to sample the gourmet food at the museum’s Diwan Restaurant. Its menu featured the cuisines of India, East Asia, and the Middle East: falafel with chutney, Indian biryani and curry, and a “jewel salad” with pomegranate seeds inspired by the brilliant gems of the Emperors and Jewels exhibit. We agreed that the food was as inspired as the exhibits.

Our group provided multiple testimonies to the success of the museum’s primary goal – to expand the visitor’s understanding of the cultural contribution of Islamic civilization to global cultural heritage.

Martin Roy Mervel, an architect from Los Angeles, described the museum as a two-fold cultural icon. It showcases Islamic culture in the West as exemplified both in the exterior architecture and the interior division of space, with the contours of natural light used as a consistent theme.

Alexandria Vizcaya, an artist from Texas, in the process of creating a book of art and poetry and inspired by the Vedanta, resonated with the illuminated manuscripts. They reminded her of the Vedantic texts she has been studying which emphasize that “there is no beginning and no end.”

Steve Perkins, from Chicago, a former trustee of the Parliament, was impressed by the role Islam has played in the development of other cultures. “The integration of knowledge and beauty that one perceives here is extraordinary. The true vision of Islam has been to welcome and celebrate the gifts of diverse people in the world, but our current view of Islam has emphasized the patriarchal, violent side of their history. As a result, most of us have never entertained any notion about the positive contributions of Islam to world culture.”

Robin Perkins, Steve’s wife, was moved by our guide’s openness and ability to share information not from an academic viewpoint but from her heart “I am Jewish, and it is astounding how Jews and Muslims, regardless of where they have migrated, or how they have been persecuted, have been able retain their culture throughout the centuries.”

Paul McKenna from Toronto, the creator of the Golden Rule poster, said he found the museum to be the Aga Khan’s tribute to pluralism in Canada. “He appreciates us. But beyond that, the Ismailis do everything with class: their architecture, their exhibitions, their gift shop, their food." He also cited the museum’s extremely welcoming staff – all volunteers, he emphasized. “Volunteering is a hallmark of the Ismaili culture. But there is another virtue of this museum that must be recognized, that they use the museum to highlight world cultures. They are not just interested in promoting their own culture. That is significant.”

This article was first published on 15 November 2018 by The Interfaith Observer.

Ruth Broyde Sharone is an interfaith leader, documentary filmmaker, journalist, and author, and has been honoured internationally for her contributions to cultural education, peace, and justice. She is co-chair emeritus of the Southern California Parliament of the World’s Religions (SCCPWR) and the creator of INTERFAITH: The Musical. 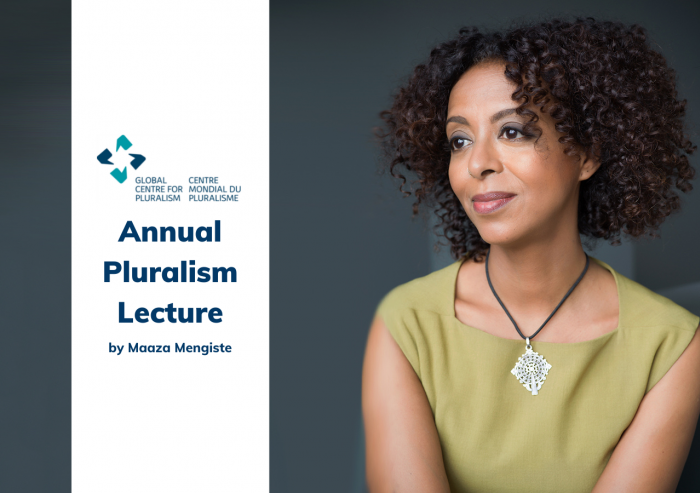 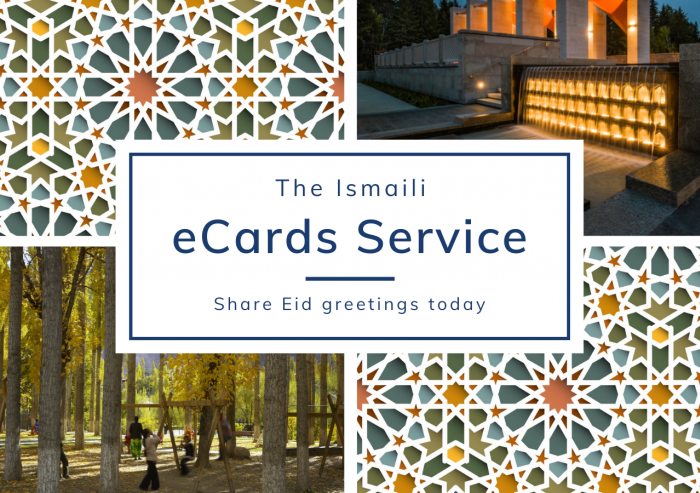