According to the United Nations, the flooding in Pakistan is the greatest humanitarian crisis in recent history, affecting more people than the 2004 Indian Ocean tsunami and the recent earthquakes in Kashmir and Haiti combined.

Over 1 600 people are reported to have died and 20 million people are believed to have been affected by the floods. The aftermath presents a serious risk to survivors from potentially deadly diseases like cholera, which can spread as a result of contaminated surface and drinking water.

Despite the magnitude of the disaster and the scale of its impact, many in the international community remain unaware, and the attention garnered early on has waned. Through individual and organised institutional efforts, many Ismailis, together with others in Pakistan and around the world, have sought to raise awareness and funds to support flood relief efforts.

Volunteering on the ground 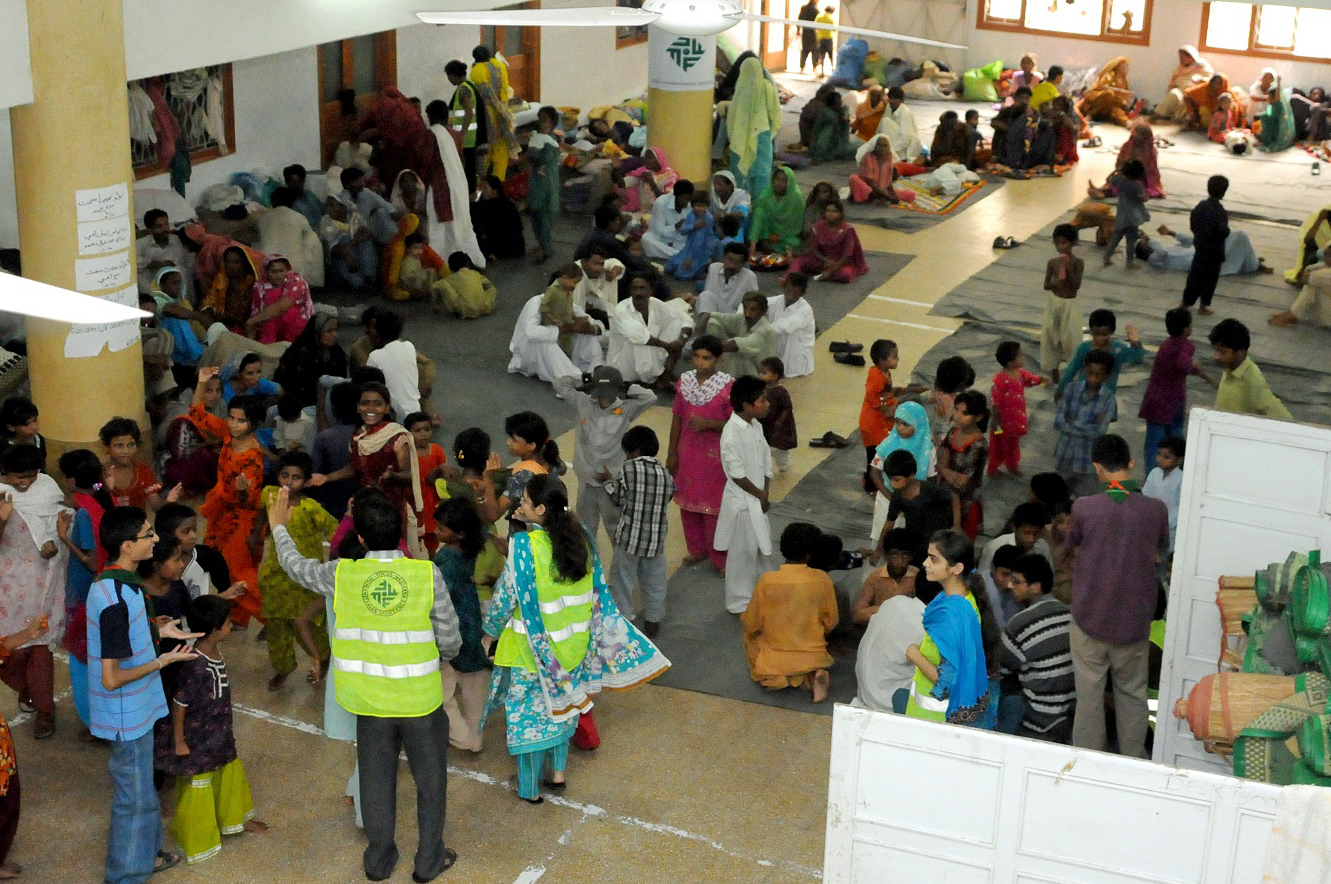 In the wake of the flood disaster, FOCUS Pakistan has been actively involved in response and relief efforts across the country. Ismaili Council for Pakistan / Al Jaleel

Together with other agencies of the Aga Khan Development Network, Focus Humanitarian Assistance (FOCUS) Pakistan has been actively involved in response and relief efforts across the country. They continue to provide food and blankets to households in some of the most remote and isolated areas such as Gilgit Baltistan and Chitral, which is home to around 2 million people. Other AKDN institutions such as the Aga Khan Health Services, the Aga Khan University and the Aga Khan Planning and Building Services have also been active in delivering health care, clean drinking water and building sanitation facilities for displaced people across the country.

The town of Thatta in Sindh was among the worst affected in the country. The sea was at high tide when flooded river water reached it, multiplying the damage manifold. By 28 August, 175 000 people had left their homes camping on the main road under open sky. The life-saving work on the ground was largely being driven by volunteers, who mobilised some 20 buses to evacuate people from the town in the middle of the night, just before the flood waters arrived. They helped the townspeople with their belongings and assisted them in settling at camps for internally displaced persons in Hyderabad and Karachi. 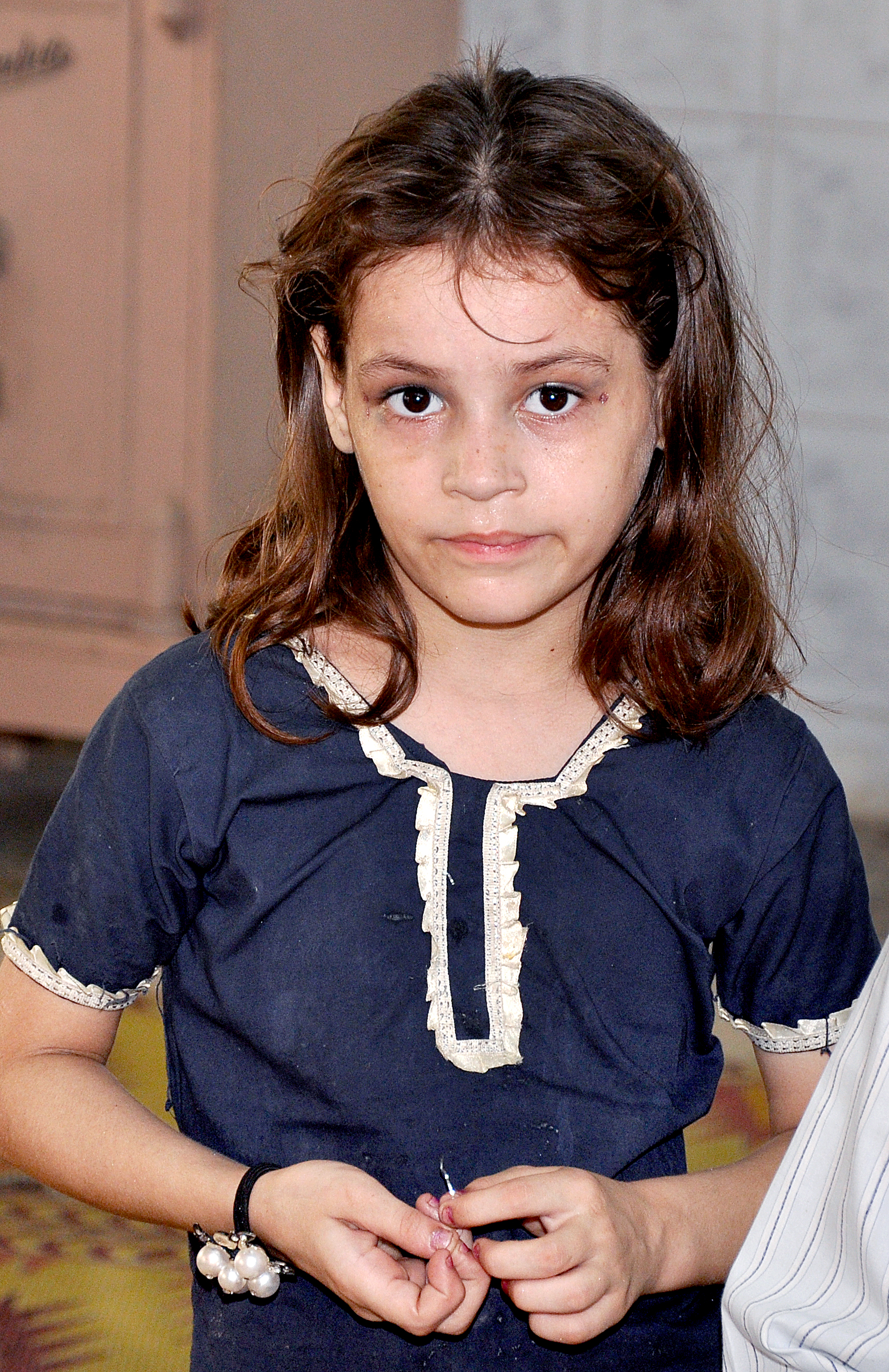 Suman Fatima, age 10, spends time each day after school volunteering at a Karachi relief camp. Courtesy of the Ismaili Council for Pakistan

Life in the camps, is also being made a little better by volunteers. After returning home from school, 10-year-old Suman Fatima eats her lunch and goes straight to a Karachi relief camp.

“I serve them water and food,” says Fatima, when asked how she assists the camp residents. “I also do the dishes after food has been served,” she adds. At night she goes home, only to return the next day after attending her classes at school.

Volunteers of all ages have been offering what they can to improve the plight of internally displaced persons living in camps. Senior citizens work in the kitchens, preparing food. Nurses and doctors work day and night shifts to help people with their medical needs. Volunteers have also been trying to preserve normality for children by running English language classes and mehndi application classes for the young girls. During Eid, young students from the Aga Khan schools distributed gifts that they collected for the youth.

Appealing for help through “the language of music,” recognised singers and musicians from Pakistan and elsewhere have been releasing popular hit songs, dedicating them to the cause of flood relief. To date, they have made 26 tracks available for purchase on iTunes, with proceeds being donated to one of the Pakistani or international charities designated by each of the 23 “superstars”. The songs can also be listened to on their website www.superstarsforfloodrelief.com, where fans have the option of making a direct donation to the charity of their choice.

“The concept is to stir emotions globally and increase awareness about the devastation,” says self-taught musician and superstar Taufiq Karmali. “In this way, the flood remains in the minds of people so that those affected are not forgotten memories in the aftermath, so that a second disaster may be prevented.”

Karmali has paired with internationally renowned Sufi vocalist Abida Parveen, and together they have designated Focus Humanitarian Assistance as their charity of choice. The two jointly released the song Akhadiyu(n) roj ruwan nit nain bhare (My eyes weep every day, always welling up with tears) and are planning three more songs for the relief effort. 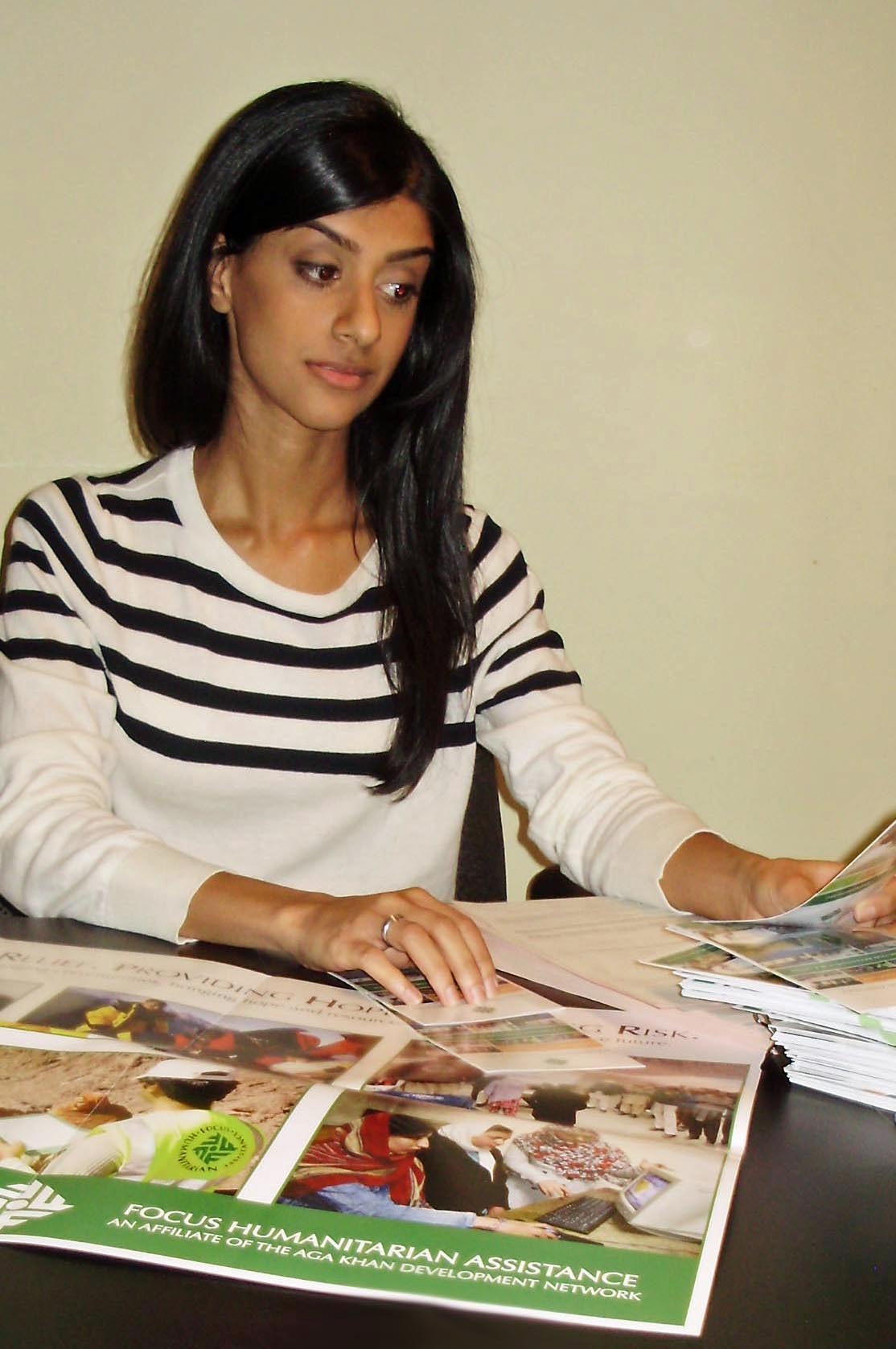 Confronted by the overwhelming magnitude of the Pakistan floods, Shanifa Nasser turned to social media to raise awareness and funds online. Courtesy of Shanifa Nasser

The same spirit of compassion for the people of Pakistan has also been ignited in the far corners of the world.

“The overwhelming magnitude of the crisis, I think made it difficult for people to imagine how a single contribution could make any real impact,” says Shanifa Nasser of Toronto, who was moved to make a difference soon after the disaster struck. She was concerned that it was not receiving enough media coverage in Canada, and wanted to find an effective way to spread the word, while raising funds for Focus Humanitarian Assistance.

“While there were already a number of more traditional donation options available, I felt that social media was a major avenue through which awareness and support could be generated,” says Nasser, noting that “millions of people are already connected through Facebook and Twitter among other social networks.” Within a few weeks, some 200 people had joined her fundraising group on Facebook and over CAD $8 000 had been raised for FOCUS – a sum that was matched by the Government of Canada.

But for Nasser the impact went beyond the dollars raised. “One of the most inspiring outcomes of the campaign was that I was approached by people who had learned about it online and wanted to contribute in their own unique ways – from a poetry exhibit in Toronto to a benefit concert in Vancouver,” she said. “It was like a ripple-effect.” 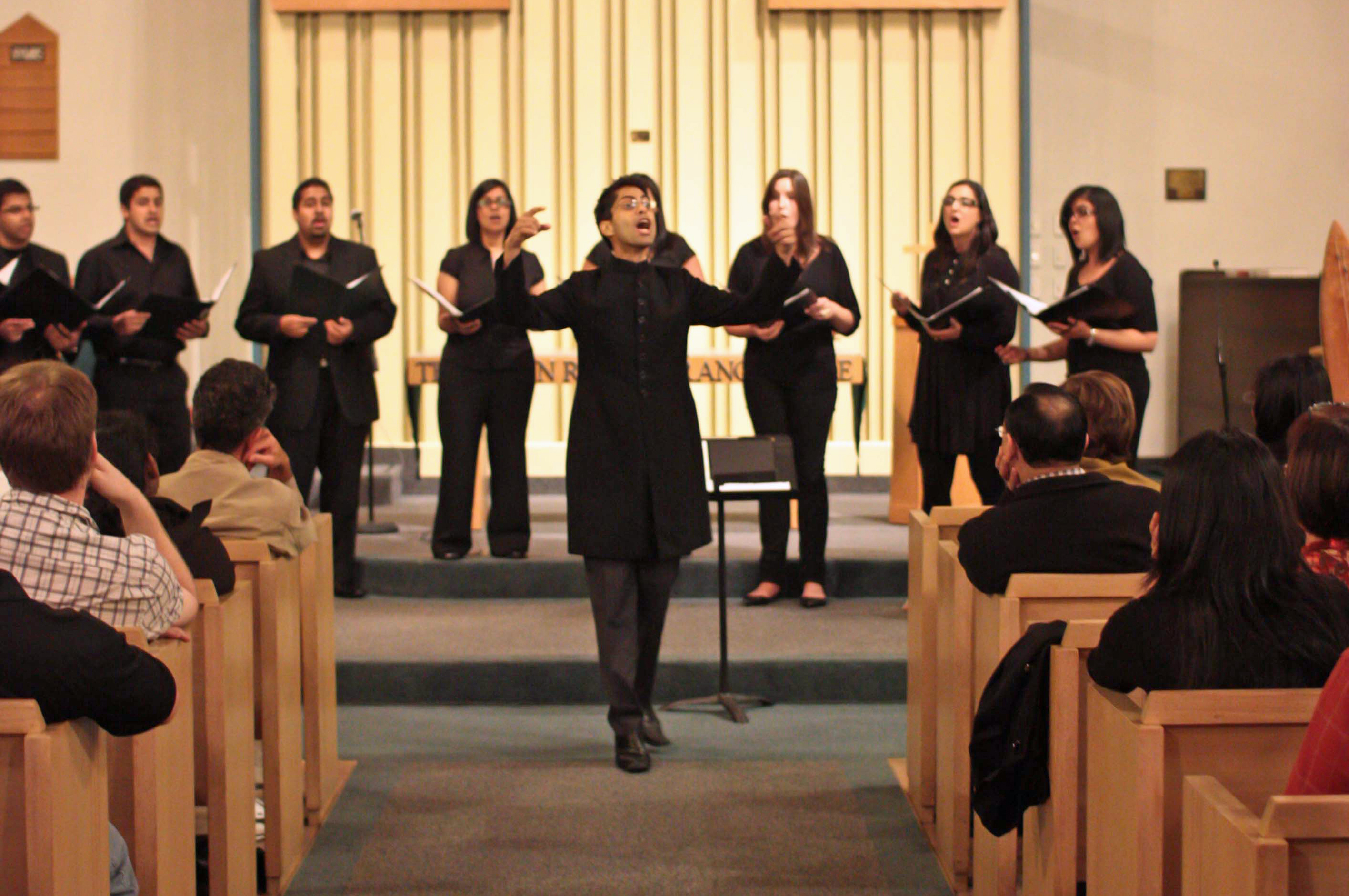 In Port Moody, British Columbia, Hussein Janmohamed and Reverend Julie Lebrun organised and led a Pakistan Flood Relief Benefit Concert at St. Andrews United Church. The evening was filled with music and songs from around the globe, played and sung by various artists including alumni of the Vancouver and Canadian Ismaili Muslim Youth Choirs, a guest singer from the Coquitlam based Coastal Sound Youth Choir, and the Aurora Celebration Choir. The concert raised over CAD $3 600 towards the Pakistan flood relief effort.

The Dubai-based Aga Khan Scouts and Guides led an effort to collect a container full of goods from the Jamat across the UAE. The container, which included 450 boxes of slippers, clothes, shoes, blankets, bed sheets, towels and medicine, was presented to Pakistan Consulate General.

At the University of Virginia in the United States, Nabilah Jiwani set up an organisation called “Hoos for Pakistan” to create better awareness of the floods and raise funds for the relief effort. Their efforts included arranging benefit concert, organising a bazaar of Pakistani goods and trinkets and speaking out about the disaster and its impact. The Hindu Student Council, a fellow campus organisation, approached her about donating the funds raised at their annual Gandhi Benefit Dinner to their cause. Funds raised are split between four organisations: FOCUS, Save the Children, the Sindh Institute of Urology and Transplantation, and the Imran Khan Foundation. 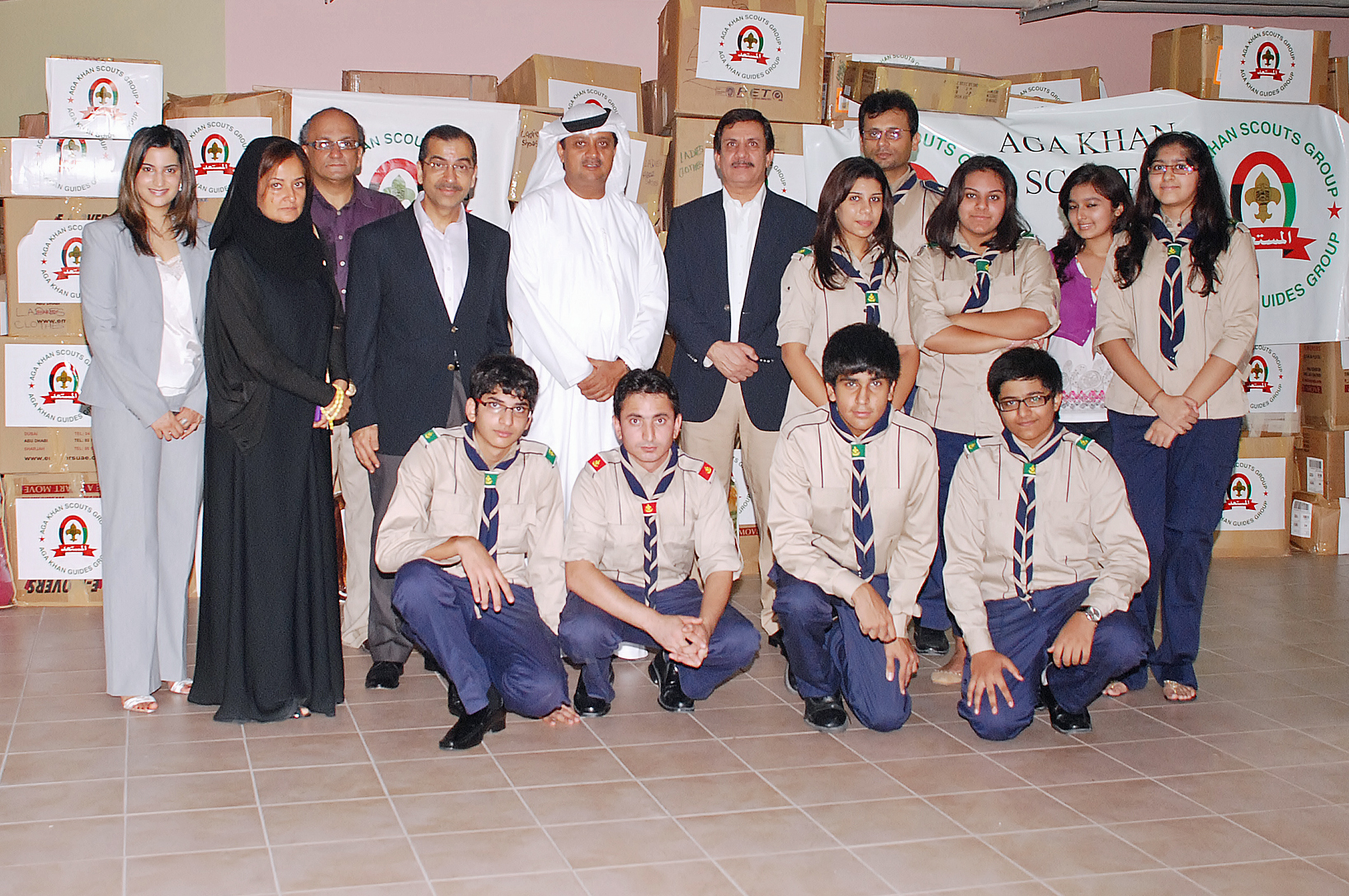 The Aga Khan Scouts and Guides in Dubai led a UAE-wide effort to collect boxes of slippers, clothes, shoes, blankets, bed sheets, towels and medicine. Courtesy of the Ismaili Council for the UAE

The internationally-based non-profit Hashoo Foundation has been active in the flood affected provinces of Khyber Pakhtunkhuwa, Punjab, Sindh and Gilgit-Baltistan, providing safe drinking water and food parcels to thousands of the flood victims. In partnership with the Pakistan Pediatrics Association, SHINE humanity and Shifa International Hospital, it has setup two child and maternal care hospitals in Charsadda and Noshera which are treating over 500 patients daily. Two mobile clinics in Muzaffargarh and Karachi are also treating hundreds of flood affected patients each day.

“The Hashoo Foundation is trying its best to contribute in the relief and recovery efforts for flood victims to help them stand back on their own feet,” says Hashoo Foundation Chairperson, Sara Hashwani. “The floods have proved to be a daunting challenge, not only for the entire Pakistani nation, but also for the international community. We want to make sure that our efforts are for the long-term and are sustainable.”

The Pakistan flood disaster is no longer front and centre in the international media, but the disaster and its impact continue to be felt by millions across the country. Through these efforts and many others, the Pakistan's people will neither be forgotten not ignored, and inshallah their plight will be eased. 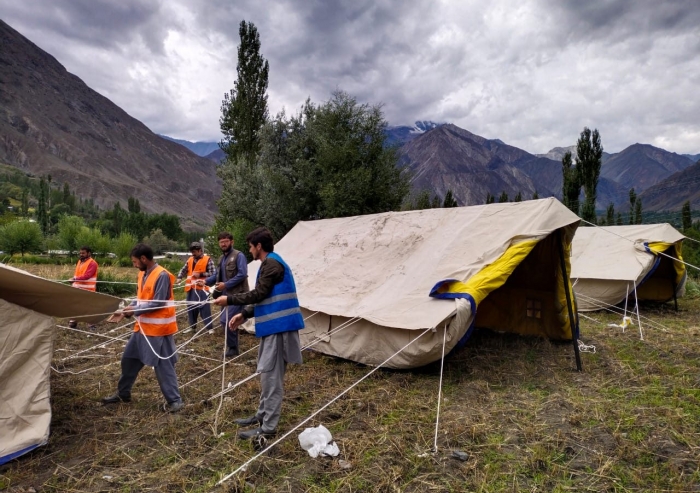 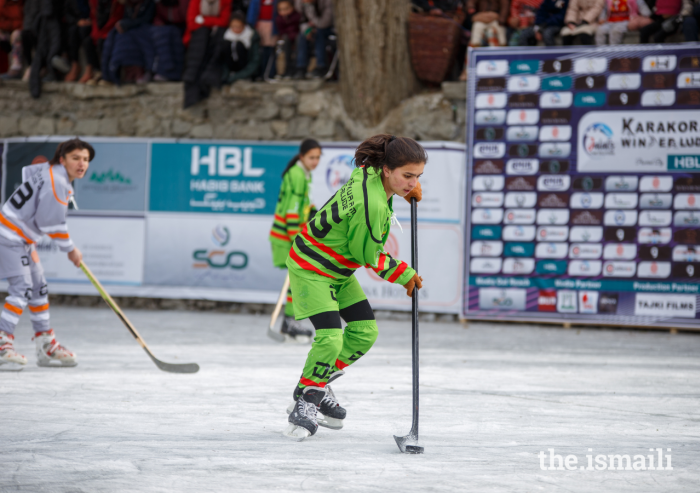