Ismaili Musical Ensembles in the USA and Canada provide creative platforms for dedicated Ismaili musicians to learn, practice and showcase their talents. But the musicians are required to demonstrate the quality of their abilities and commit to the ongoing development of their musical education. 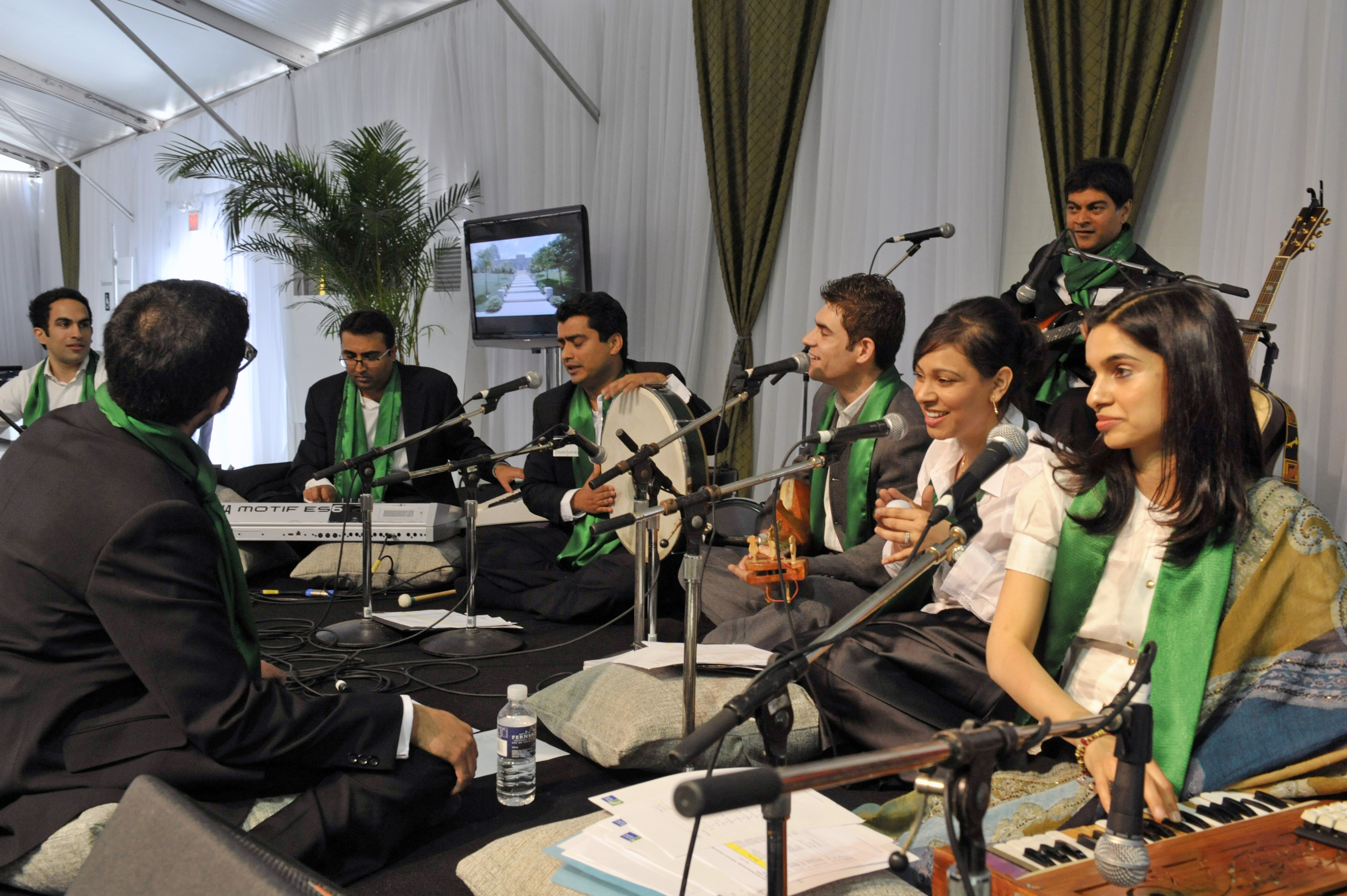 The National Ismaili Musical Ensemble in Canada has had the honour of performing before Mawlana Hazar Imam. Zahur Ramji

From casual group practices to successful performances at Jamati and public events, the Ismaili Music Ensemble (IME) in the United States and the National Ismaili Musical Ensemble (NIME) in Canada create opportunities for Ismaili musicians from all backgrounds to come together and learn from each other. Whether appealing to professional musicians, students of music education, or talented musicians with a passionate interest, the ensembles provide settings for growth and creative artistic fulfilment.

In the USA, the Ismaili Musical Ensemble is part of the music division of the Ismaili Council for the Southwestern United States' Ismaili Artists Development Program (IADP). The Program seeks to educate Ismaili artists, and expand awareness of the arts within the community.

“Artist education is first,” says Samira Noorali, programme director of IADP. “Performance opportunities are only undertaken to the extent that they further artistic development.” With music as its corner stone, the Program has grown to incorporate dance and fine arts.

The National Ismaili Musical Ensemble in Canada too, seeks to identify, harness, and nurture the talent of artists in the Jamat.“NIME draws on the Canadian Jamat's historical roots and contemporary expressions through the use of music and voice,” explains Azaan Jaffer, project manager of NIME.

For many artists, the presence of a musical ensemble within the community has filled a big void. “This programme provides artists in our community with a platform to create our own work together with other Ismaili fellows,” says Kamal Haji, producer and keyboardist at IME.

The dictionary defines ensemble as a group of complementary parts that contribute to a single effect. In a musical ensemble, a group of musicians, singers, or dancers, perform together in harmony.

Taking full advantage of its members' creative aspirations, the Ismaili ensembles nurture a culture where group members are encouraged to create original music.

“We go above and beyond our comfort zone,” says Haji, “working together with people from different backgrounds in music, welcoming their input and perspective.” 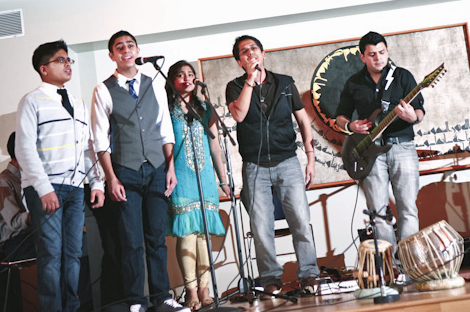 “Cultural fusion, while essential to a pluralistic society, sometimes begins with a sense of confusion,” says Noorali, speaking of Jukebox Time Machine, a chaotic blend of several eras of music history based in heavy metal and tabla. “Our music, generally, is a combination of reality and what we dream,” she adds.

A young group that started with the goal of gaining music education, the Ismaili Musical Ensemble has performed at US Jamati events and had their public debut at the Houston International Festival (iFest) in Spring of 2011. Each year, Houstonians come together at the event and celebrate with cultural performances, art displays, international food, and vendor stalls. Themed The Silk Road: Journey Across Asia, this year's iFest spanned two weekends and covered 16-acres of downtown Houston.

“The Houston International Festival's pluralistic mission is in line with one of IADP's missions,” says Noorali, “which is to promote cultural awareness and tolerance through the arts.”

The National Ismaili Musical Ensemble is also a young but active group, having given eight performances across Canada. In the recent past, it performed at the groundbreaking ceremonies of the Ismaili Centre, the Aga Khan Museum and their Park in Toronto. The Ensemble has had the honour of performing three times in the presence of Mawlana Hazar Imam.

“Performing for the Imam and his guests were some of my most memorable experiences of NIME,” says Jaffer. When asked what inspires the ensemble to sustain and flourish, Jaffer answers easily: “Passion for music and expression.”

Both ensembles are open to recruiting Ismaili artists who have some music education or experience and are willing to grow, learn, appreciate, and perform. However, each maintains a rigorous applicant screening and selection process. Rhythmic security, quality of tone and facility with instruments are critical. A candidate's ability to collaborate with other musicians and demonstrate an ability to improvise is also essential, and provides a competitive edge during the selection process.

“Formal training was an added advantage during the selection process,” said Jaffer about NIME's previous auditions. “About four of the performers we currently have are pursuing musical careers.”

Pursuing ongoing professional development in music is key to being a part of the musical ensembles. “A requirement of IME is that artists must constantly be improving in order to keep their place in the group,” says Noorali. “All the artists we have are currently either self-teaching or taking lessons with a professional music teacher.”

Though it may seem challenging, the benefits of joining the Ismaili ensembles are well worth the effort. Haji emphasises: “Having something like the ensemble in our community excites me as a musician.”

Members of the Ismaili Musical Ensemble pose for a group photograph following their performance at the Houston International Festival earlier in 2011. Sohil Maknojia