This Ramadan, a group of young Ismailis in Singapore set out to learn more about their country’s Muslim heritage and diversity, while joining with other ummah youth to help families in need. Along the way, they visited the historic Masjid Sultan and took in the vibrant cultures of Geylang Serai Bazaar. 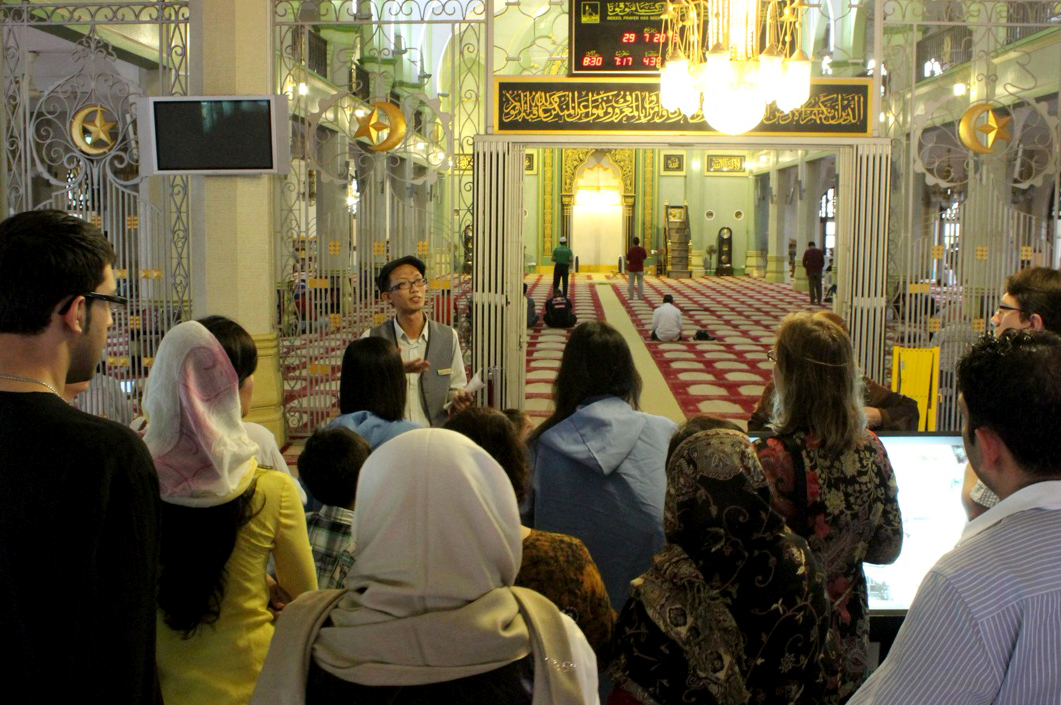 At the Masjid Sultan, members of the Jamat learnt about the history of the mosque and the diversity of the Muslim ummah in Singapore. Akbar Humayun Makani

In Singapore, the iconic Masjid Sultan stands as one of the oldest mosques in the country. Every year, the masjid commemorates the month of Ramadan with an informative and educational tour about the history of Islam in the country.

This year, the tour was an important highlight for a group of young Ismaili Muslims, who set out to learn more about their country's Islamic heritage, the diversity of Muslim cultures in the city-state, and sought to join with other youth in the ummah to make a meaningful gesture in the spirit of the holy month. 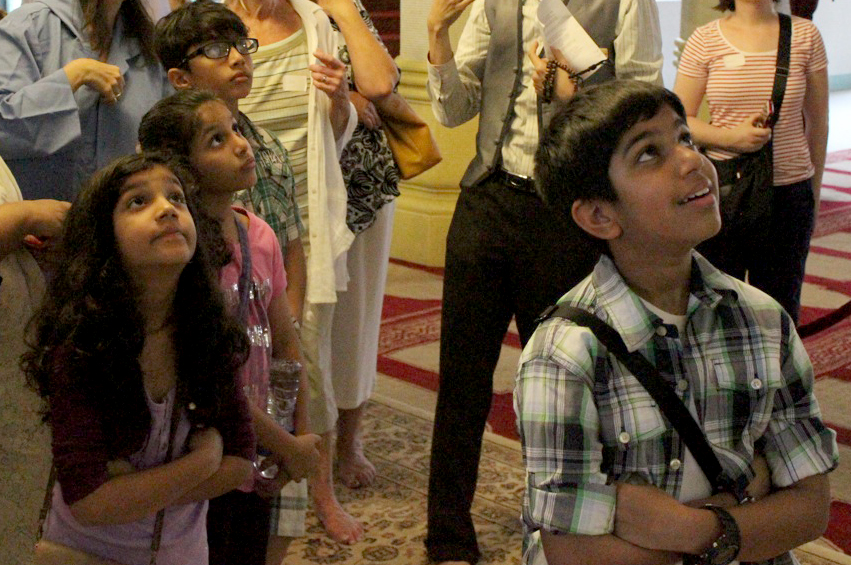 Established in 1824 by Sultan Hussein Shah of Johor for the growing Malay and Muslim communities, the masjid has long been a prominent landmark in the Kampong Glam Malay Heritage District of Singapore. The current structure, which was completed in 1928, blends Mughal, Arabesque and European architectures. It testifies to the multiplicity of cultures that brought Islam to the tiny port city.

“I enjoyed it a lot and learnt more about other Muslims,” said 9-year-old Tanisha Allana after touring the masjid. “[And] I saw different cultures,” she added. Following the tour and a presentation about Ramadan, she and other members of the Jamat sat down among many guests – Muslim and non-Muslim alike – for an iftaar dinner organised by the masjid.

Elsewhere in Kampung Glam and along Arab Street, the Malay and Arab communities of Singapore celebrated after sunset with food, shopping and lively culture. Visible from a distance, the colourful Geylang Serai Bazaar, brings together peoples of many traditions with the welcoming aromas of food sold for iftaar and the music of the season. 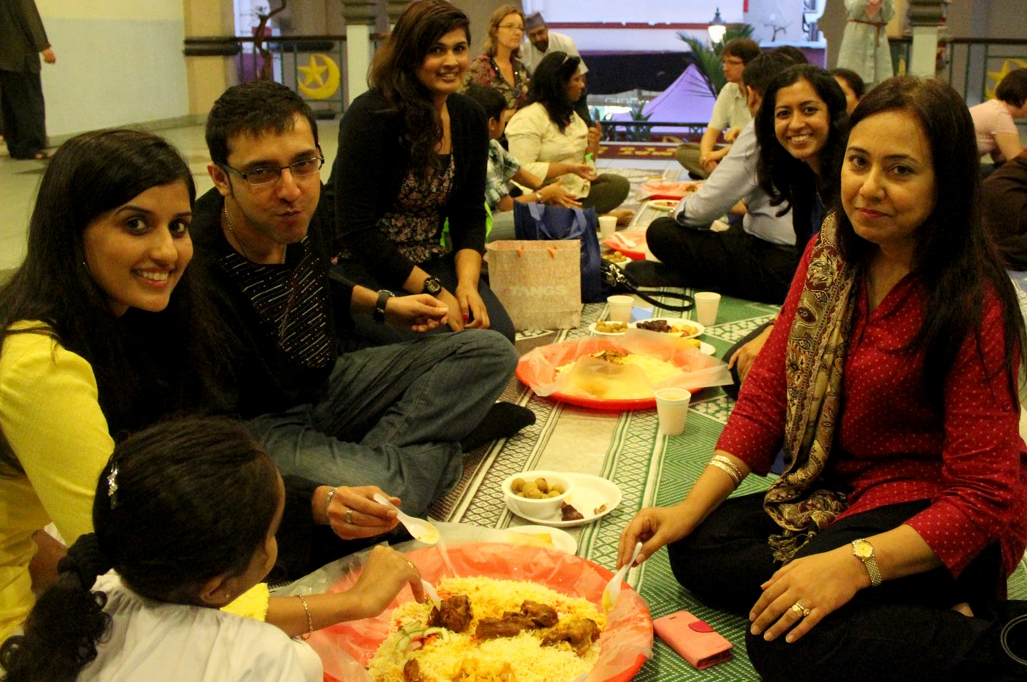 The Masjid Sultan in Singapore commemorates Ramadan annually with an informative and educational tour, and graciously hosts an iftaar dinner for all visitors. Akbar Humayun Makani

Tents covered in festive lights and decorations stretch for several kilometres, with the sounds of Ramadan and Hari Raya (Eid) music playing in the background. The bazaar boasts an array of cuisines – from the traditional Malay sweets and pastries called kuih-muih, to delicious Indian biryani and kebabs, to authentic Turkish shawarma and ice cream (dondurma). With their varied choices, the food stalls can satisfy anyone's appetite.

On the other side of the market, household upholstery, ethnic wear, and carpets bring life and colour to the night. Indian clothing, henna art, traditional Malay baju kurungs, and hand-woven carpets flown in from Turkey and India vie for customers' attentions. Stalls set up by local artists and craftsmen promise personalised calligraphy, homemade key chains and pottery.

Amidst the hustle and bustle of Geylang Serai, members of the Jamat combed the crowded aisles, savouring delicious food, enjoying the entertainment and bargaining for choice items. The bazaar gave the youth of the Jamat another way to experience the Ramadan and Eid traditions of Singapore. 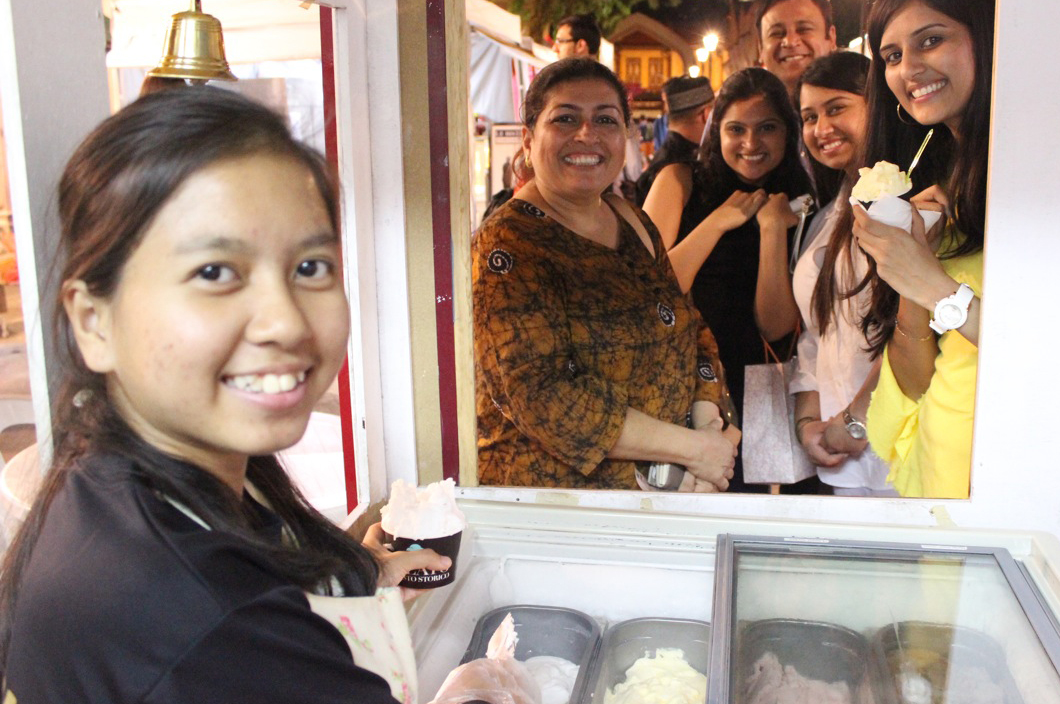 In the spirit of helping others – a particularly important aspect of the holy month –members of the Ismaili community also took part in the #FoodForRamadan programme. Led by Muslim youth in Singapore, the initiative packs and distributes food hampers to elderly and less fortunate families who are in need. The Jamat offered contributions of food and a group of Ismaili youth volunteered hours of their time.

Reflecting on what he learnt in the process, 14-year-old Aamir Bana said: “I understood that it was not ‘I' who made a difference, it was ‘us'. Charity is from within – no one should look for a reward during Ramadan.”

“It was heartening to see the whole Jamat come together so quickly to help,” said Jamal Surani, President of the Ismaili Council for the Far East. “Hopefully this is something we will continue to grow across more countries in the Far East region.” 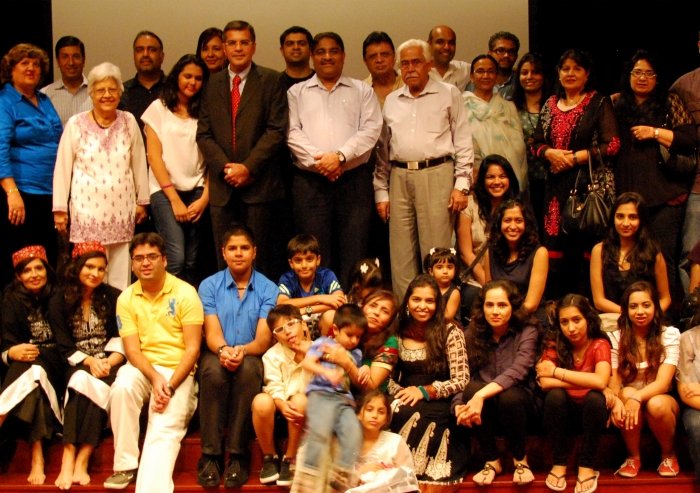 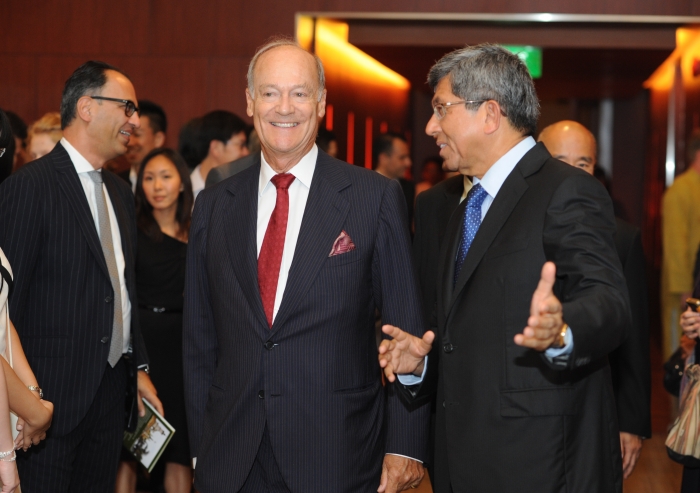