In Muslim tradition, Ramadan is a time of heightened commitment to piety and purification through special observances such as fasting, the performance of good deeds – including charitable giving and voluntary service – and through personal sacrifices of material comforts. These observances can lead to spiritual fulfilment and a sense of renewal.

Ramadan is the holy month in which Prophet Muhammad (peace be upon him and his family) received the first revelation of the Holy Qur'an. Together with other Muslims, Ismailis celebrate Ramadan as a month of special felicity “in which the Holy Qur'an was sent down as a guide to humankind…” (Qur'an 2:185).

The fast of Ramadan is among the pillars of the faith: “O believers, fasting has been prescribed for you as it was for those who preceded you that you may be God-fearing” (Qur'an 2:183). Thus, the fast continues a practice which pre-dates Islam, and has been rendered more humane since religion is not intended to be a cause of hardship. Muslims are urged to fast during Ramadan unless one is suffering from any physical ailment or is on a journey, in which case the prescribed period should be made up later in the year (Qur'an 2:184 – 185).

According to general Muslim belief shared by Shia and Sunni alike, the deeper purpose of fasting is understood as that of cultivating and reinforcing the spiritual and moral character of the faithful, who thus live a life of piety and balance, without forsaking the good things of this world bestowed by Allah's grace (Qur'an 7:31-32). Muslims are expected to practice self-restraint for the sake of Allah's pleasure, remaining ever conscious of His presence. Such are the truly God-fearing.

The emphasis on human character is especially underlined. A tradition of the Prophet's beloved daughter, Hazrat Bibi Fatima Zahra asks what benefit accrues to one who fasts if one does not safeguard one's tongue, ears and limbs. This ethic of self-restraint echoes strictures of the Qur'an: “the hearing, the sight, the heart – all of those shall be questioned.” (Qur'an 17:36). Only when the senses are reined in, does conscience make itself heard, and the soul experience tranquillity, well pleased with itself and well pleasing to its Lord (Qur'an 89:28). 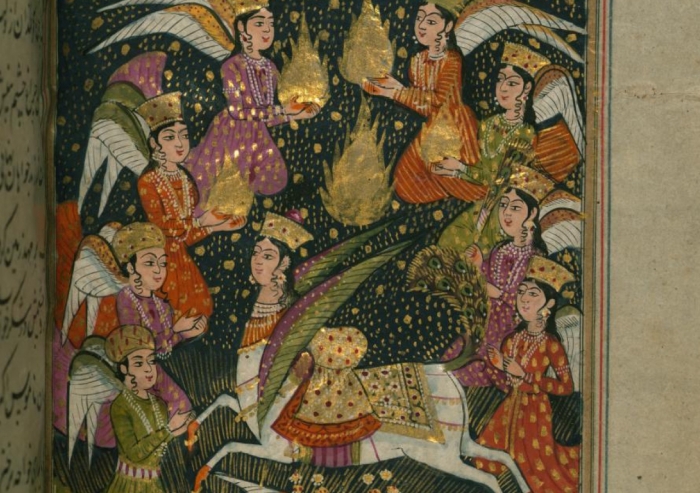