As the “Cultural Capital of the Arab World in 2010”, Doha was a fitting venue for the Award Ceremony of the 11th cycle of the Aga Khan Award for Architecture, which was held in November. The event was particularly special for members of the Qatar Jamat, who were jubilant over Mawlana Hazar Imam’s visit to their peninsular country.

As the “Cultural Capital of the Arab World in 2010,” Doha was a fitting venue for the Award Ceremony of the 11th cycle of the Aga Khan Award for Architecture, which was held in November. The event was particularly special for members of the Qatar Jamat, who were jubilant over Mawlana Hazar Imam's first visit to their peninsular country.

“Even though there is no physical deedar, we are content that Mawlana Hazar Imam has come to Qatar and blessed this land with barakat,” said one young man, echoing a sentiment that was heard from many in the Jamat. There was also excitement that Prince Amyn and Prince Hussain had accompanied the Imam.

Young girls from the Doha Jamat entertain the audience. COURTESY OF THE ISMAILI COUNCIL FOR THE UAE

Once best known for its fishing and pearl industries, Qatar has gained a reputation in the Middle East for its vision of building a knowledge-based civil society with elite educational institutions. While modernising, it has also embraced its heritage, and is active in restoring its historic architectural landmarks. Today it is emerging as a modern state of distinction.

Comprising a few hundred Ismailis, the Doha Jamat is small but spirited. Preparations for the visit began weeks ahead, with the objective of creating greater awareness around the Awards. Jamati seminars on architecture in the Islamic world were arranged, in which video clips from past Award projects were used to describe the significance of the work of the Aga Khan Trust for Culture and the Award for Architecture.

Quiz and painting competitions were also held. Most impressive was a full-scale exhibition mounted by a creative team of Bait-ul Ilm teachers that depicted all 19 of the projects shortlisted for the 11th cycle of the Award.

A collage depicts the 19 projects that were shortlisted for the Aga Khan Award for Architecture in the Bait-ul Ilm premises. COURTESY OF THE ISMAILI COUNCIL FOR THE UAE

As leaders and dignitaries from the international Jamat arrived in Doha, the local Jamati volunteers excelled in their service, working tirelessly to make the celebrations a resounding success. The Jamatkhana premises underwent renovations to facilitate the week's worth of festivities that had been planned. A traditional Arab tent carpeted with rich red rugs transformed the grounds, creating a festive ambience. It was there that the Jamat gathered to watch the Award Ceremony, which was broadcast live on Qatar Television. Sharbat, cake and dinner were served every night of the week, and the tent served as a venue for cultural celebrations.

One of the highlights of the week was the Syrian evening, in which that country's heritage, music and dance were presented. A traditional Syrian wedding was beautifully enacted by a newly-wed couple from Salamieh who had recently settled in Doha. Syrian dhabka was performed as energetically as Indian raas and garba dancing, and a band provided lively and rhythmic music. Talented singers entertained the Jamat every evening, including Kamal Taj, whose epic verses recounted Mawlana Hazar Imam's life story from his birth, through the Golden Jubilee Birthday, and culminated in the 24 November Award Ceremony night in Doha.

Children parade into the hall waving the Qatari and Ismaili flags. COURTESY OF THE ISMAILI COUNCIL FOR THE UAE

The values premiated by the winning projects of Aga Khan Award for Architecture featured prominently in the celebration. “We are increasingly aware that the quality of our buildings can transform the quality of our lives, both spiritual and material,” noted Mawlana Hazar Imam in his remarks during the Award Ceremony.

The powerful symbolism of the Bridge School project in China's Fujian Province, which succeeded in bringing together a divided community and creating a space for education, conversation and harmonious exchange, was given physical form by Jamati volunteers who formed a human bridge. Young children balanced on the “bridge” and waved the Qatari and Ismaili flags to the delightful applause of the audience.

Like the award-winning projects, the human bridge was a manifestation of hope in the face of many challenges confronting the ummah – of cultivating unity amidst difference, replacing fear with dialogue, and abolishing ignorance through education. By incorporating into its collective vision of the future values that are fundamental to Islam, including humility, tolerance, pluralism, and respect for one another and for Allah's creation, the Muslim world at large will surely find solutions for a brighter future.

Qatar, with its emphasis on culture, learning and civil society, is blazing a path forward. 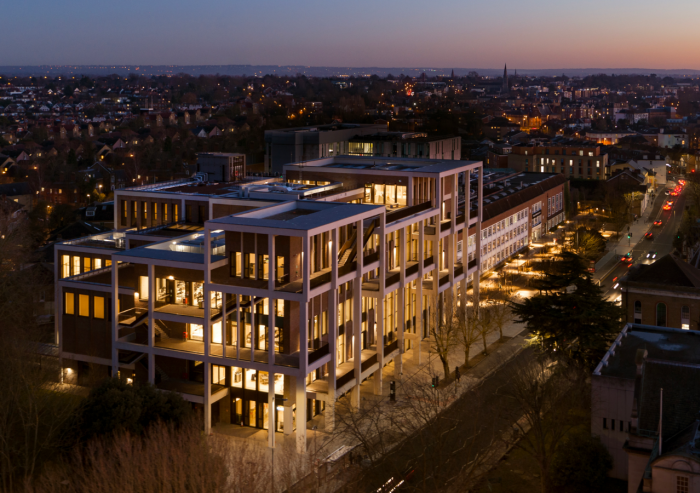 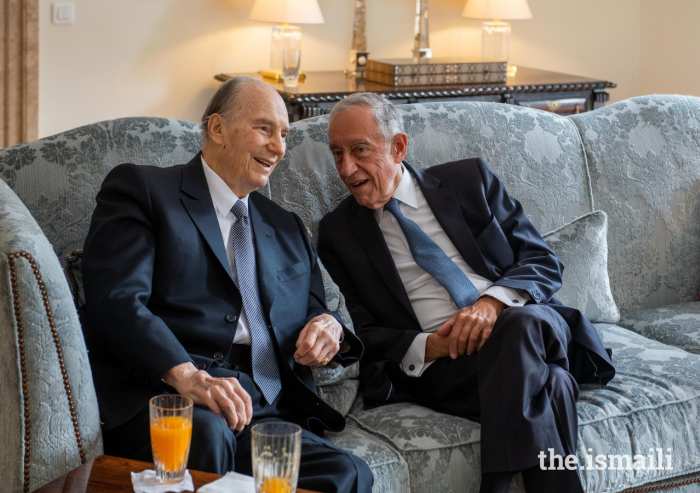