During the six-month run of the Path of Princes exhibition at the Calouste Gulbenkian Museum in Lisbon, the Portuguese Jamat had the opportunity to explore our historical traditions and share their insights with the wider Portuguese society.

At the opening of The Path of Princes: Masterpieces of the Aga Khan Museum Collection at the Calouste Gulbenkian Museum in Lisbon in March, Prince Amyn Aga Khan emphasised the importance of sharing history and culture across frontiers. “Exhibitions such as this one,” he said, “play an important role in promoting understanding, respect and appreciation for different cultures and traditions.”

During the six-month run of the exhibition, members of the Portuguese Jamat not only had the opportunity to explore physical artefacts of our historical traditions, but also had the chance to share insights into their own culture with the wider Portuguese society. 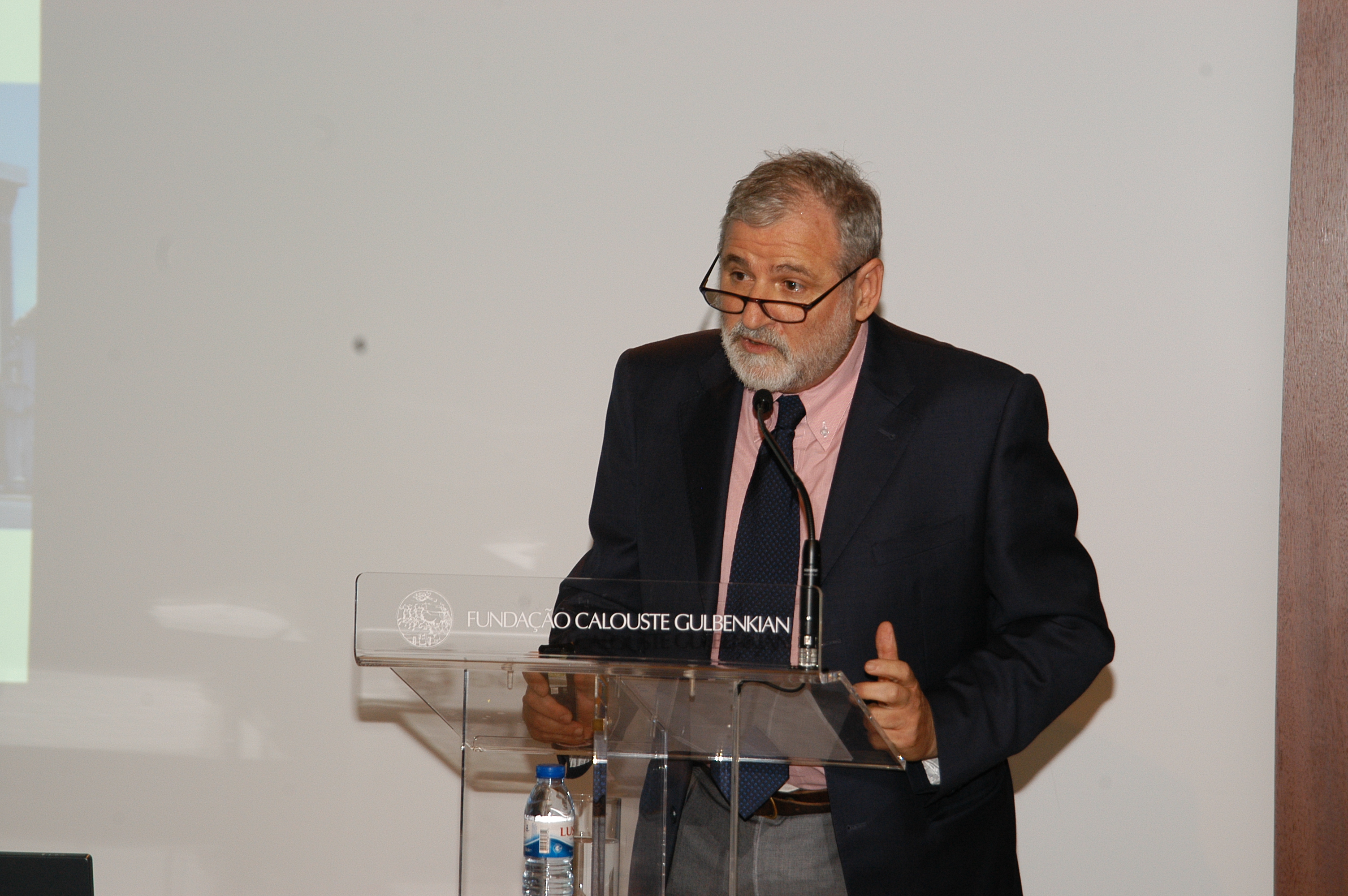 Francesco Siravo addresses the audience during a lecture on the Aga Khan Historic Cities Programme at the Calouste Gulbenkian Museum. Stefano Bianca

The exhibition, which ran from March to July 2008, showcased the artistic accomplishments of Muslim civilisations from the Iberian Peninsula to China between the 8th – 18th centuries. The collection included works of art in stone, wood, ivory and glass, metalwork, ceramics, and rare manuscripts and miniatures.

The pieces played an important part in helping the Jamat understand the diversity of the Muslim Ummah through its history. Safira Jamal, who visited the exhibition in early May, found it “impressive to see how pieces of art can demonstrate the major journeys across the world that were made by our ancestors.”

The exhibition itself was accompanied by a lecture series that brought together world renowned scholars of Islamic art and architecture, including Professor Nasser Rabbat of the Aga Khan Program at the Massachusetts Institute of Technology, Professor Azim Nanji of The Institute of Ismaili Studies, and Maria Fernanda Passos Leite, the Head Curator of the Calouste Gulbenkian Museum. 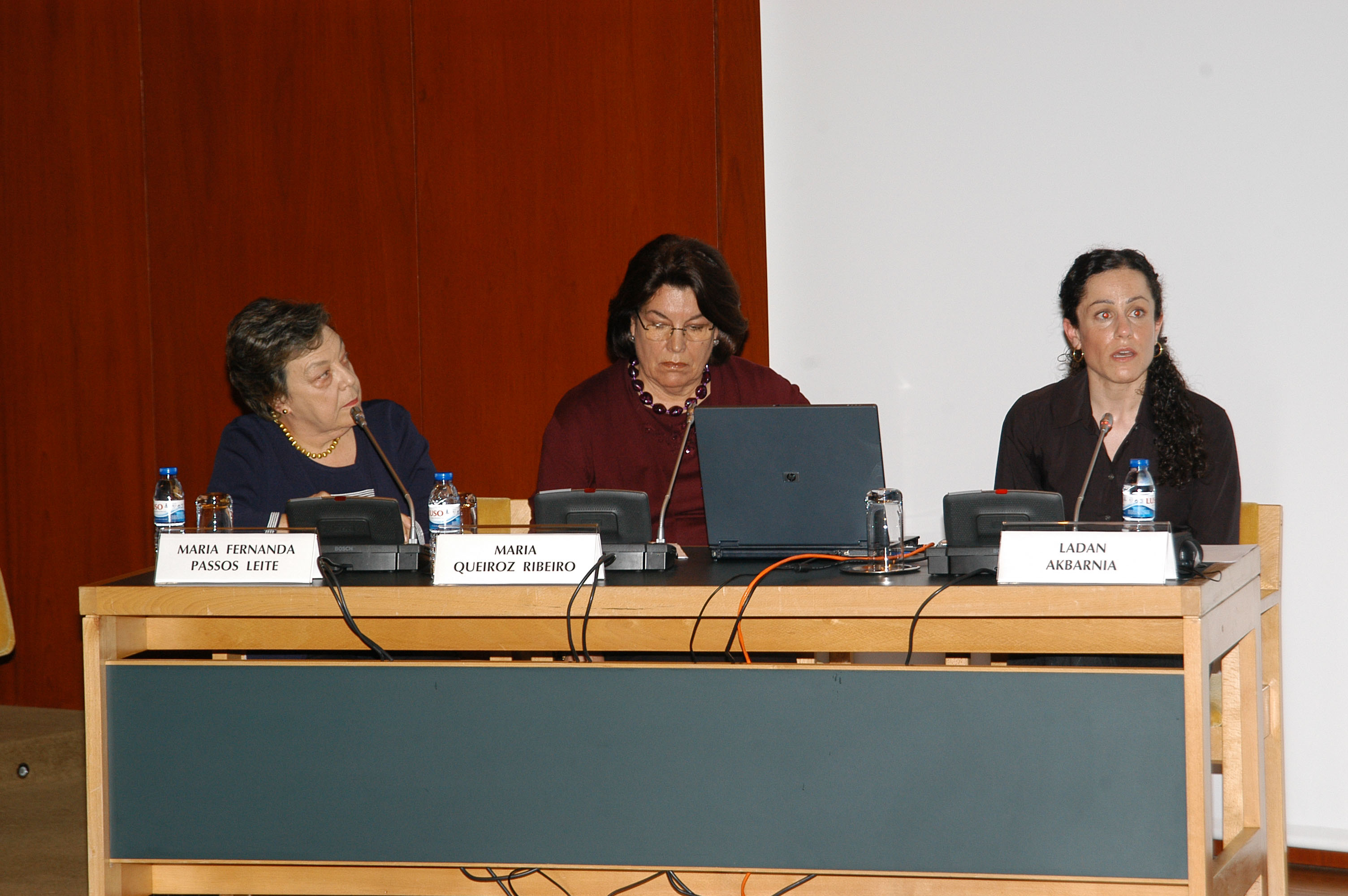 Dr Jessica Hallett, Researcher at the Universidade Nova de Lisboa, presented a special session on Innovation in Islamic Art to kick off the lecture series. Her presentation, which highlighted the Islamic contribution to innovation in the domain of pottery and ceramics, had an immediate impact on everyone who had the chance to attend.

“Dr Hallett's presentation took us through a period of history unknown to many of us,” said Portuguese Jamati member Nariman Madatali. “She outlined the important exchange of knowledge between the Muslims and the communities of the Far East, demonstrating the possibility for cultural understanding between geographically distant countries and cultures.”

The lectures were enjoyed by members of the public and academics alike. Dr Teresa Tiago from the Fundação Ricardo Espírito Santo found the series to be eye-opening. “This lecture series was very interesting and timely for me as I have been doing research in ceramics restoration for a long time,” she explained. “The lectures truly helped me explore the bridge between Islamic and Chinese ceramics.” 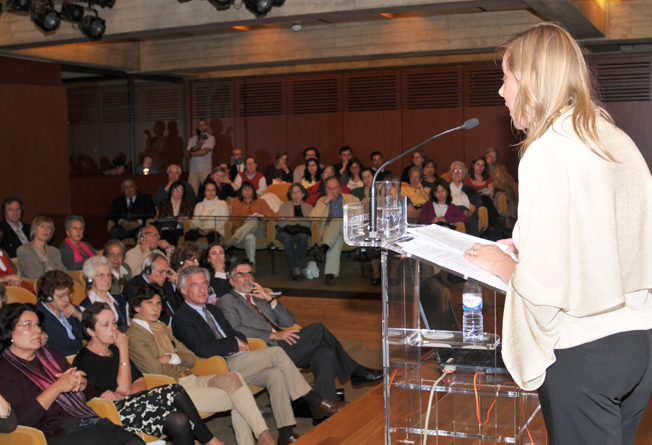 Dr Jessica Hallett speaks about the ties between Chinese and Islamic ceramics at the Calouste Gulbenkian Museum. Courtesy of AKF Portugal

The lecture series concluded with a special presentation on the Aga Khan Award for Architecture, presented by Professor Rabbat and Farrokh Derakhshani, director of the Award Programme.

Altogether, thousands of Portuguese, including members of the Jamat, as well as academics and researchers from across Europe had the opportunity to explore the exhibition and learn a little about their shared history through art and architecture. 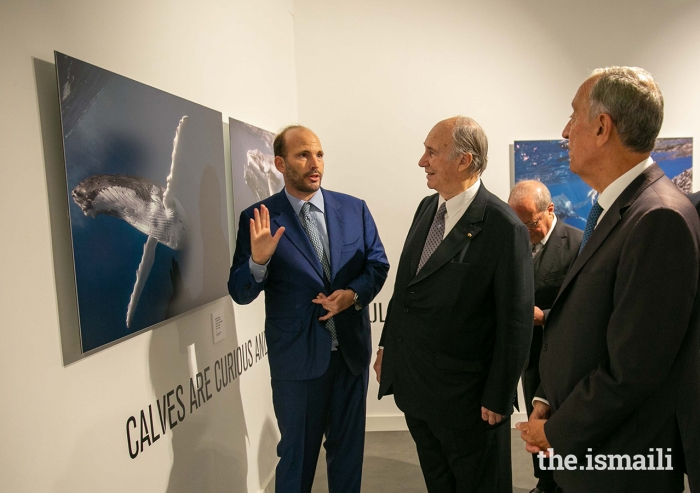 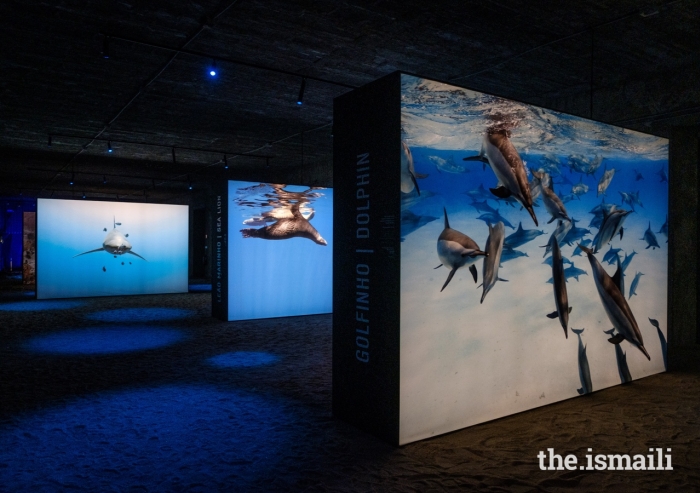