Throughout the world, education is regarded as one of the most consistent and reliable vehicles towards an improved standard of living. Establishing a successful foundation in early childhood development is a pivotal determinant of success in education.

The science behind early child development is vast and still largely unknown, but according to Dr Pardhan, estimates suggest that 700 new brain connections are made every second in the first years of life. Furthermore, citing a 2007 Harvard University study, she adds that each connection is built off the one before it — similar to the construction of a house that is erected from the ground up.

Noting that international standards define early childhood as “the period from prenatal development to eight years of age,” she emphasises the importance that quality of life plays for children, not only at home but also at school and within the community.

As the Member for Early Child Development (ECD) at the Ismaili Council for Pakistan, Dr Pardhan leads Parwaaz, a national Jamati ECD initiative that has seen great success. The programme is being replicated for the Jamat in Russia and there are hopes that it may be introduced in Syria as well.

“If a child’s brain development is healthy,” remarks Dr Pardhan, “the child will be more likely to be physically and mentally healthy, show responsible behaviour, and be ready to learn additional skills.”

Aneela Altaf Mukhi would agree with Dr Pardhan. The AKU graduate, who has a specialisation in Educational Leadership and Management, heads a Jamati ECD programme in Uganda. The programme teaches Ismaili children from birth to age 6, and will soon expand to include 7 and 8-year-olds. Early child education is offered at nursery schools in Uganda, but it was only when the programme was established that many parents in the Jamat began to realise its importance.

“The ECD Centre is a place where kids open up their minds and souls to reach their fullest potential,” says Shelina Pirani, a teacher with the programme who is also a parent. Classes are held two to three times a week in 90-minute sessions that include outdoor recreation, cultural participation and play-based group activities. Curriculum is built around the “five domains of development”: physical, cognitive, social and emotional, lingual and numeral, and spiritual.

Each year, new teachers at the ECD Centre take part in a rigorous six month training course and a six month internship, and all teachers take part in continuing professional development. Teachers have noted increased confidence, both personally and socially, as a result of their time serving at the centres.

Parents attend classes with the children and receive class announcements and parent education on ECD via a mobile messaging app. This encourages them to remain invested with their children’s progress. A recently-established parent association organises programmes on nutrition and other topics of interest.

Currently, slightly more than 80 per cent of the children in the Uganda Jamat are enrolled across nine ECD centres — figures that are expected to grow in the months ahead.

Similar to Uganda’s ECD programme, the Tanzania Jamat has an Ismaili Early Learning Centre that is linked with the Centre for Continuing Education and Life Long Learning (CELL) — a programme of the Aga Khan University’s Institute for Educational Development in East Africa, based in Dar es Salaam.

Early child development has been a priority for AKU in East Africa since it expanded into the African continent in 2000. Through the CELL programme, the university works directly to provide facilities and training for both students and teachers in the region.

In addition to delivering formative lessons on childhood development at the Ismaili Early Learning Centre, CELL promotes continuing education as a lifestyle choice.

“[CELL] addresses specifically the needs of place-bound individuals by taking the programme to them and working with individuals at the grassroots,” says Shelina Walli, the CELL academic coordinator and a lecturer at the AKU’s Institute of Educational Development in East Africa.

A fourth generation Tanzanian, Walli has seen the evolution of education in the region firsthand. She often emphasises pedagogy when speaking about the programme’s curriculum, with particular emphasis on integrating local knowledge into the teaching and learning process. As a member of ITREB Tanzania, she has also been able to add a spiritual dimension to the Ismaili Early Learning Centre.

“As an educator, and a proud alumnus of the AKU [Institute for Educational Development in East Africa] from the first cohort of the masters programme,” she says with pride, “it is very rewarding to get your hands dirty — in the right way.” 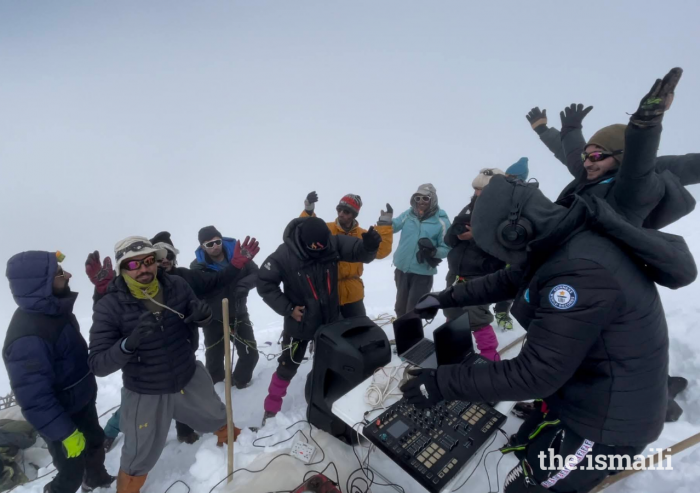 Dancing in the snow