A selection of photographs from the Dear World Afghanistan campaign, taken by Grace Chung while she was an intern at Roshan in Afghanistan. 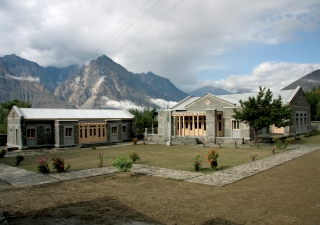 Part of a seismically unstable zone that is prone to earthquakes, floods, landslides and droughts, Pakistan's northern region has long been home to a signifiant Ismaili population. Several new purpose-built jamatkhana projects blend traditional building with new disaster-resistant techniques. From design and construction to finished product, the new structures offer a model to uplifit the quality of habitat throughout the region. 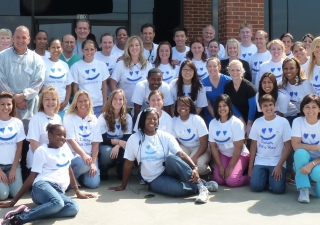 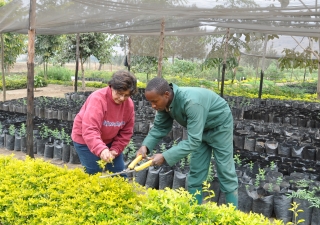 Lifelong educator Roshan Hemani has been hard at work on the site of the new campus of the Aga Khan University in Arusha. But instead of moulding young minds she is re-forming the landscape – Hemani and a team of gardeners are on a mission to plant 150 000 trees in the area. And the plant nursery she has established may become a vital source in sustaining Tanzania’s ecology for years to come. 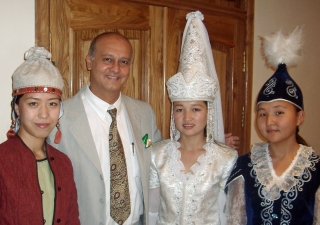 Nasir Jetha’s career in accounting and finance has taken him around the world, from Tanzania to England, Canada and Bermuda. Most recently, it took him to Bishkek, Kyrgyzstan, where he helped oversee the Finance Department of the University of Central Asia as a TKN volunteer. 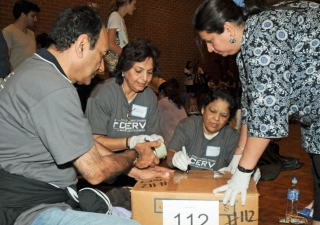 Service to humanity is at once an ethic deeply rooted in the Islamic tradition, as well as a fundamental expression of American civic values. Commemorating the tenth anniversary of the September 11th tragedy in partnership with their fellow Americans, Ismaili Muslims across the United States will volunteer in a wide range of service activities in their local communities. 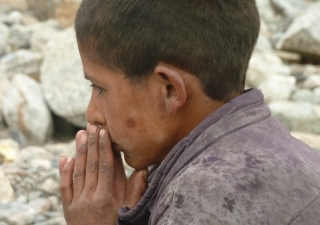 In this conclusion of a two-part story, broadcast journalist Faridoun Hemani recounts his experience as part of a team that visited areas stricken by the 2010 Pakistan floods to document the impact of the AKDN Early Relief and Recovery Programme. The team travelled to Gilgit-Baltistan, Khyber Pakhtunkhwa and Sindh, where they listened to local people tell life-changing stories. 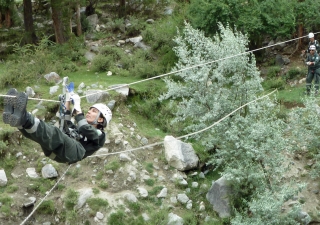 In this first installment of a two-part story, broadcast journalist Faridoun Hemani describes his experience as part of a team that visited areas stricken by the 2010 Pakistan floods to document the impact of the AKDN Early Relief and Recovery Programme. The team travelled to Gilgit-Baltistan, Khyber Pakhtunkhwa and Sindh, where they listened to local people recount life-changing stories.

For nearly 16 years, Shamim Hassan Shivji placed close to 100 Karachi orphans with couples from around the world. She and a neighbour routinely cared for the orphaned or abandoned infants while seeking out loving homes for them. She never charged for the service – her reward was seeing kids she placed grow up to become well-educated members of society.