Related Information
Looking back: A half century of the Daily Nation
Related Links

Looking back at the establishment of the Daily Nation and how society and technology has evolved in the years since, Hazar Imam reaffirmed the critical role of the media house today, in what he described as a “post-fact society.”

He also maintained the continued importance of print media at a time when digital technology is often seen to be encroaching on traditional newspapers. The new printing press, said Mawlana Hazar Imam, represents “our determination to use the very best technology we can find in any part of the world to do a better job for our customers – including the customers we serve on paper and through the printed word.”

The new Manroland COLORMAN e:line is the fastest newspaper press in its class offering the highest quality of print and best-in-class automation. It has the ability to churn out up to 86 000 copies per hour — a significant leap from the 60 000 copies that the previous press could to produce — slashing production time by a massive 65 per cent for the Daily Nation, Taifa Leo, Business Daily and The EastAfrican weekly.

The commissioning ceremony was attended by numerous dignitaries, including the Cabinet Secretary for the Kenyan Ministry of Information, Communications and Technology, the Honourable Joe Mucheru and Dr Alfred Mutua, Governor of Machakos County — where the print facility is located — as well as leaders from the Nation Media Group and the Aga Khan Development Network. Following his remarks, Hazar Imam unveiled a plaque and was given a tour of the new press.

Fifty-six years ago, the aim “was to create a news medium that would be truly independent: a place where the public could find a voice it could trust,” said Mawlana Hazar Imam. “Our goal was not to tell people what to think, but to give them reliable information so that they could think, more clearly, for themselves.”

He explained that the explosive success of digital mediums has produced a global flood of voices, and a mixture of information — some good, some bad. But at a time of intensifying emotions and growing political polarisation, this is resulting in a society in which people feel “entitled to their own facts.”

“In such a world, it is absolutely critical – more than ever – that the public should have somewhere to turn for reliable, balanced, objective and accurate information,” said Mawlana Hazar Imam.

Nation Media was founded with this purpose, said Hazar Imam. He also mentioned the Aga Khan University’s new Graduate School of Media and Communications, which will help advance the calibre of journalism throughout East Africa and the developing world.

“As we commission this new press today, we are also rededicating ourselves to the ideals which gave birth to this company almost six decades ago, and that have since propelled it forward ever since.” 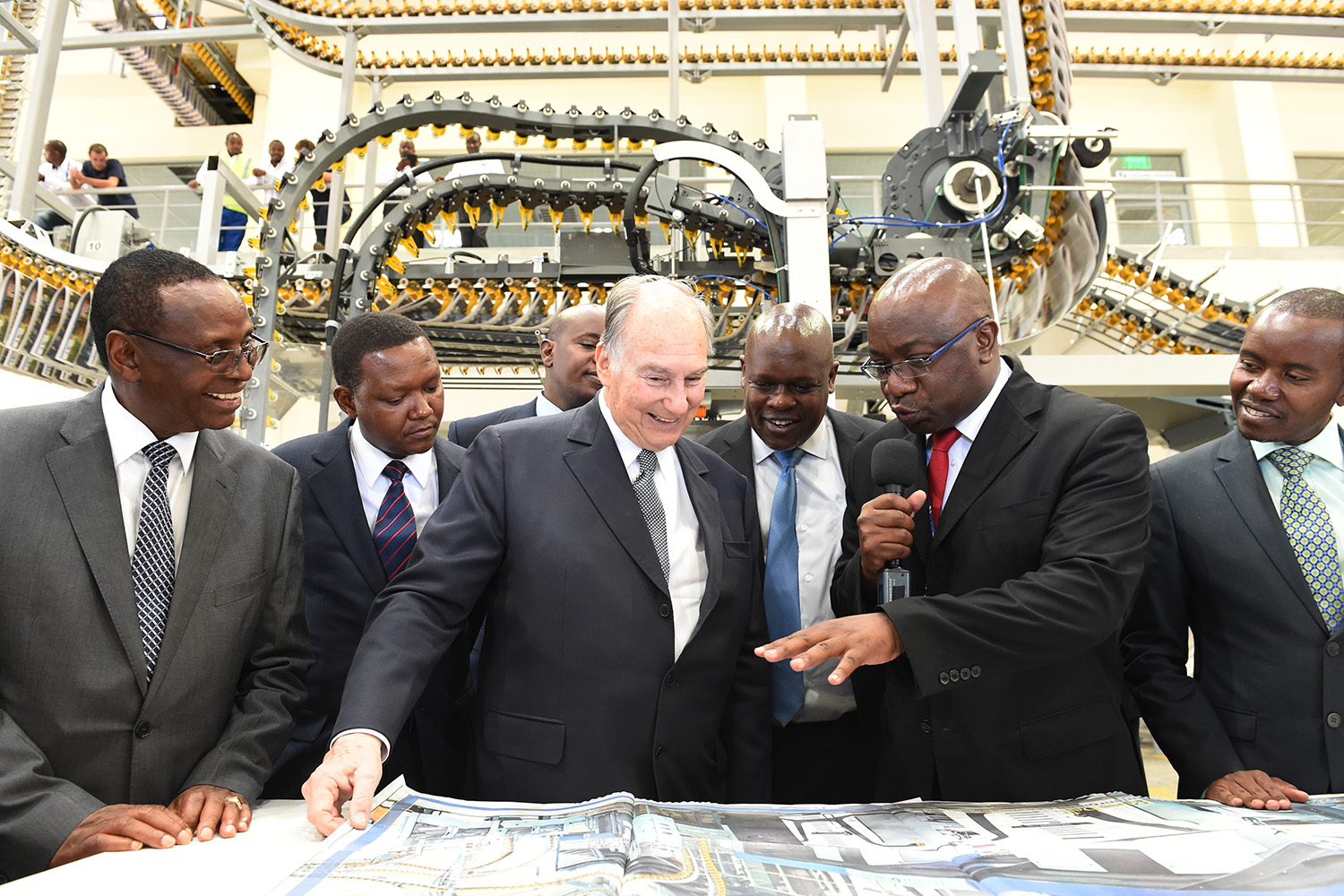