Ottawa, 27 November 2013 – In a ceremony held at the Delegation of the Ismaili Imamat, Mawlana Hazar Imam was lauded by the Royal Architectural Institute of Canada, who presented the Imam with their highest honour – the 2013 Gold Medal. In his remarks, Hazar Imam expressed his gratitude and went on to describe the connection between architecture and quality of life, explaining how the Ismaili Centres embodied for the Jamat the hopeful aspirations of a forward looking community.

“The Gold Medal was established to recognise a person of science or letters related to architecture and the arts,” said Paul E. Frank, President of the RAIC Board of Directors. “The selection of His Highness the Aga Khan marks the first time in more than 30 years that a non-architect has been chosen. It recognises the extraordinary achievements of His Highness in using architecture as an instrument to further peaceful and sustainable community development around the world.”2010 Gold Medal recipient George Baird, who nominated Mawlana Hazar Imam for the award, read the citation: “The selection of His Highness the Aga Khan recognizes his remarkable accomplishments in various aspects of the field of architecture as part of his broader social and economic development work, particularly the specialized cultural programming undertaken through the Aga Khan Trust for Culture. This includes the Aga Khan Historic Cities Programme, which has been responsible for the restoration of many heritage sites throughout the Muslim world, as well as the Aga Khan Award for Architecture.”

Mawlana Hazar Imam expressed his sincere gratitude to RAIC at being presented with the Gold Medal, and thanked 2010 Gold Medal recipient George Baird, who nominated him for the award and read the citation. Hazar Imam went on to explain his own profound interest in architecture, a domain which he said “embraced practically all aspects – all aspects – of our entire built environment.” 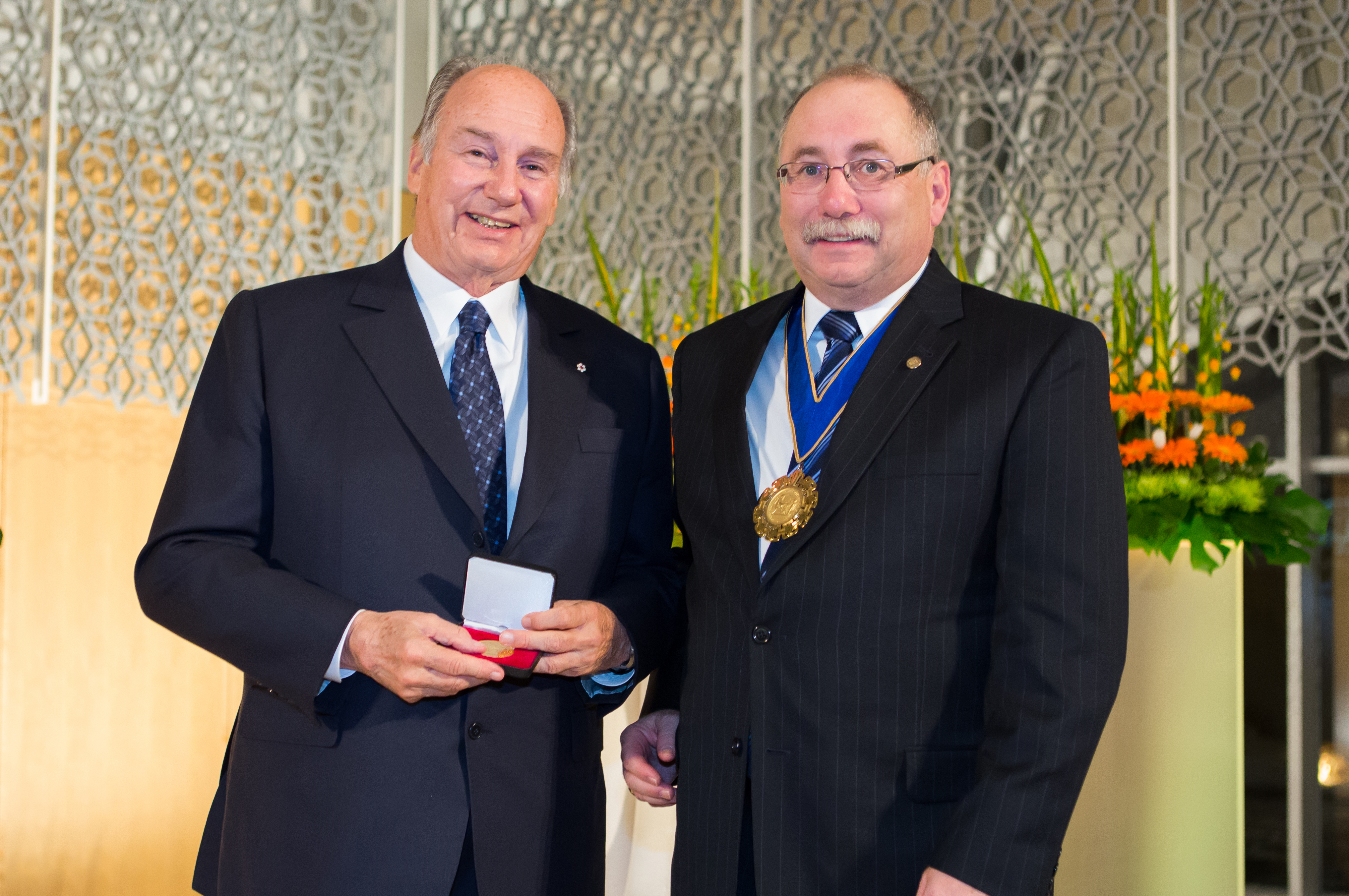 “In Islam, the role of an Imam is not limited to the domain of faith,” said the Aga Khan. “It also includes a deep engagement in the world, in all of the wide and complex issues that affect our quality of life. Among those issues, not many have more impact than architecture.”

Illustrating the connection between quality of life and the built environment, Mawlana Hazar Imam cited the Ismaili Centres, whose origin, he said, sprang from the Jamat's resettlement to Canada in the 1970's.

“There was unanimity that wherever we would settle we would never become a demotivated, marginalized minority and that we would, instead, demonstrate the will and the capacity to rebuild our future,” said the Imam.

The Ismaili Centres were conceived to “reflect our aspirations for the future, rather than the tragedy of our recent past,” explained Mawlana Hazar Imam. “We saw them as structures where we could receive other communities and institutions in a dignified manner, and where we could demystify our faith – which was sometimes badly misunderstood. They would be symbols of new hope, replacing past pain.” Canada's welcoming pluralism provided a particularly fertile environment in which the global heritage of the Ismaili community – whose roots extend to “many parts of the diverse Islamic world” – was understood and identified with by other Canadians. 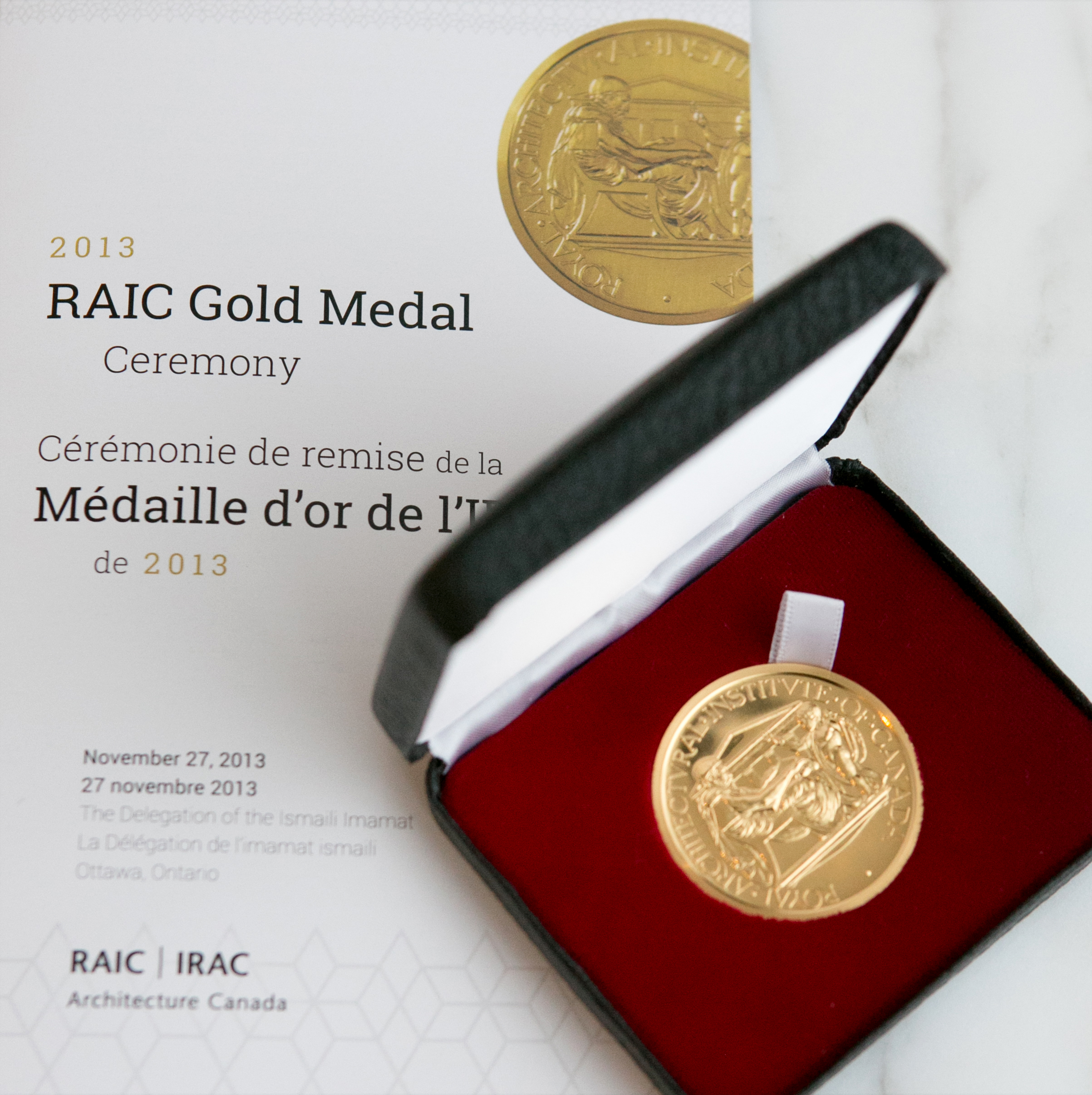 The Gold Medal is the highest honour bestowed by the Royal Architectural Institute of Canada. Mo Govindji

“Bruno Freschi, who designed the Ismaili Centre in Vancouver,” noted the Hazar Imam, “reflected Canada's practice of drawing strength from cultural diversity, as well as from universal inspirations such as faith and family, and the celebration of great events and great people.”

“This combined embrace of both the particular and the universal has made Canada one of the most respected pluralist societies in today's heavily fractured world.”

Mawlana Hazar Imam touched on other Canadian projects, including the Charles Correa-designed Ismaili Centre, Toronto, the Aga Khan Museum, a product of a partnership between Fumihiko Maki and the Canadian firm Moriyama and Teshima, as well as park and garden projects at various stages of development in Toronto, Edmonton and Burnaby. He also cited an “endeavour to link area development to our rebuilding of Ottawa's War Museum for the Global Centre for Pluralism.”

“I believe,” said the Imam, “that the Islamic faith has played a particular role in the development of Islamic architectural expressions. For our faith constantly reminds us to observe and be thankful for the beauty of the world and the universe around us, and our responsibility and obligation, as good stewards of God's creation, to leave the world in a better condition than we found it.” 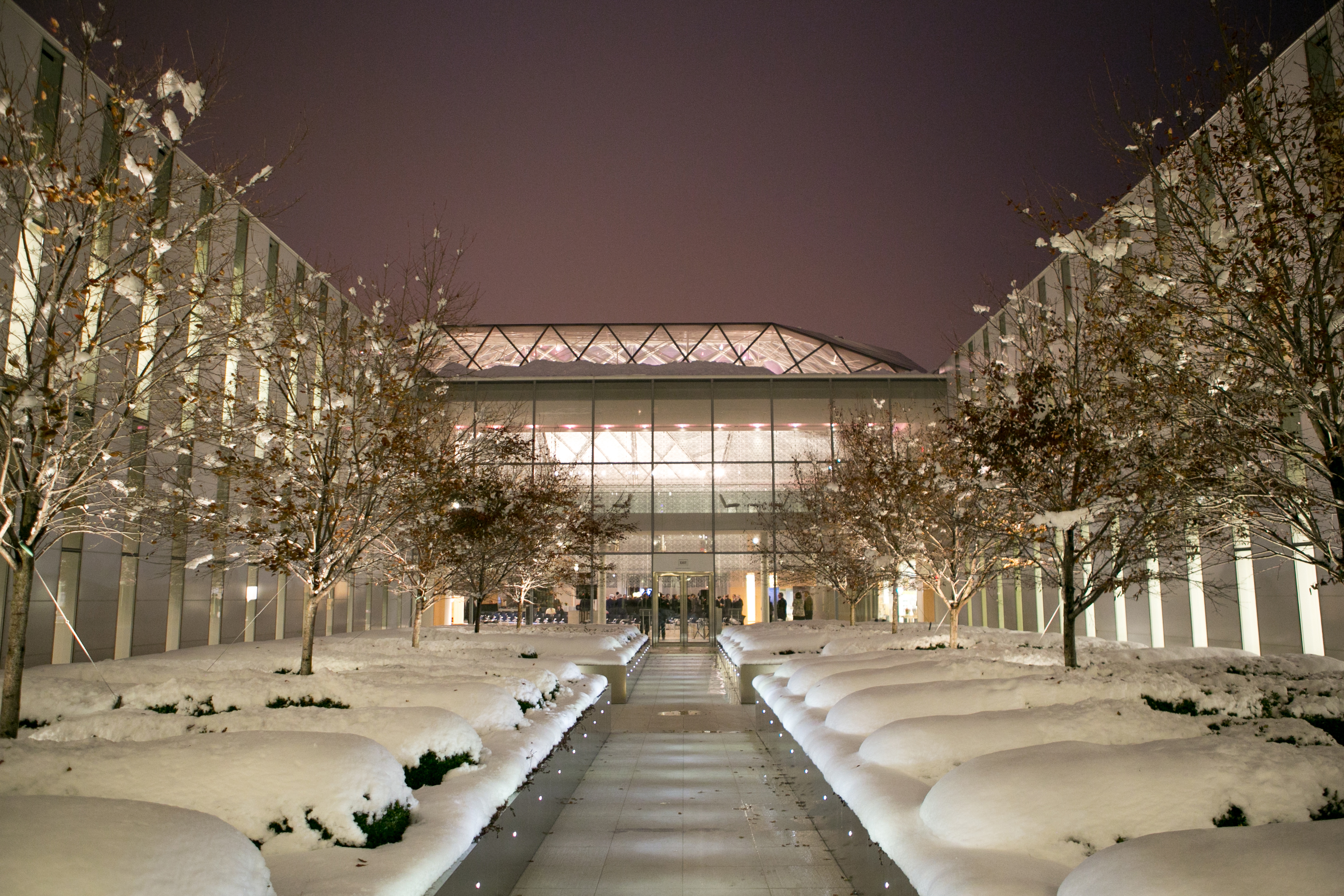 The Delegation of the Ismaili Imamat in Ottawa served as the venue for the RAIC Gold Medal presentation ceremony. The 2013 edition of the Institute's highest distinction was awarded to Mawlana Hazar Imam. Mo Govindji