In addition to the many leadership roles Prince Amyn has held within the Aga Khan Development Network, and the several board and committee positions he has held at cultural institutions around the world, Prince Amyn has also served as a trustee of World Monuments Fund (WMF) since 1997.

The Hadrian Gala also honoured Dr Eusebio Leal Spengler for his contributions to the preservation of the historic center of Havana, Cuba. Dr Leal has served as the historian of the city of Havana since 1967, and is responsible for the comprehensive rehabilitation of Havana’s historic center, which is inscribed on the World Heritage list.

“Prince Amyn and Dr Leal represent the impact that steadfast leadership can have on cultural heritage sites and their communities around the world,” said Lisa Ackerman, Interim Chief Executive Officer of the World Monuments Fund. “We are thrilled to honour their extraordinary accomplishments this year.”

Upon presenting the 2018 Hadrian award to Prince Amyn, WMF Chair Lorna B. Goodman acknowledged his long-standing service to the World Monuments Fund, and paid tribute to his “generous, thoughtful, responsible, and engaged” contribution. She went on to say “He can always be counted on for sage advice and counsel and he is always there for WMF when needed... Through his work with the Aga Khan Trust for Culture he has helped pair conservation with social and economic concerns to improve community, health, education, housing, and infrastructure around the world.”

In his remarks, Prince Amyn emphasised the importance of monuments, and ensuring that they are self-sustaining and accepted by local communities, such that these communities are encouraged to modernise the infrastructure around the monument. He also spoke about how microfinance and financial assistance can revitalise a monument.

“Suddenly, a monument — a thing of the past — has become an essential part of the present, and what was dead has given life.” he said. “I think it’s one of the best activities one can engage in.”

WMF is an organisation devoted to saving the world’s most treasured places. The Hadrian Gala recognises champions of cultural conservation for their passionate commitment and extraordinary contributions to preserving and protecting the world’s shared cultural heritage. Previous honourees at the annual Gala have included Mawlana Hazar Imam, HRH The Prince of Wales, James D. Wolfensohn, and HM Queen Sofía of Spain.

President of the Ismaili Council for the USA Barkat Fazal, along with other leaders of the USA Jamati institutions, attended the Hadrian Gala to represent the Jamat on this happy occasion.

At a private reception preceding the event, Hersh Parekh, Director of Downstate Regional Affairs for the Office of New York's Governor Andrew Cuomo, presented Prince Amyn with a citation issued by the Governor, that stated:

"Prince Amyn has made a profound and positive impact on the world by undertaking monumental activities in the areas of music, heritage, arts and culture, through the Aga Khan Trust for Culture, the Silk Road Project, the World Monuments Fund, the Aga Khan Museum, the Aga Khan Music Initiative, the Metropolitan Museum of Art, as well as numerous other esteemed institutions" 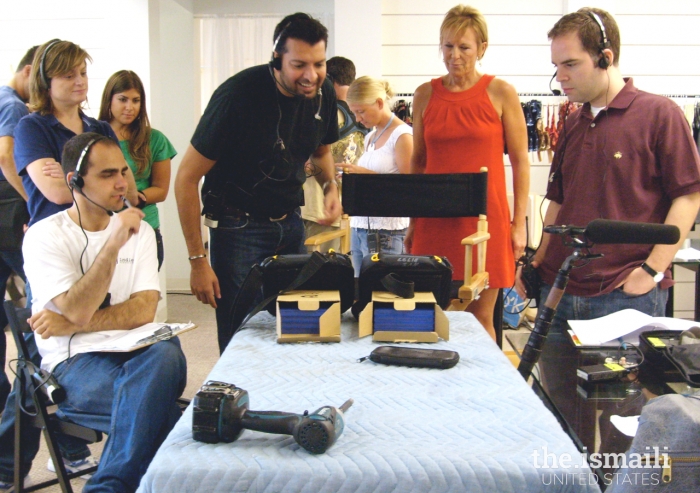