A weekend-long Opportunity Africa conference held at the Ismaili Centre, London hinted at what is already spreading across the continent. With a growing middle class, an impending housing market boom, an infrastructure deficit waiting to be filled, and a common East African financial market on the horizon, Africa is a focal point for new expansion and entrepreneurship.

Two hundred fifty investors and professionals attended the event, a collaborative effort between the Economic Planning Boards of the United Kingdom, France and Portugal with the support of Kenya, Tanzania and Uganda. They were presented with industry and country specific information from professionals who live and work in eastern and southern Africa, while gaining a realistic perspective about the region's challenges.

The Vice President of Kenya, His Excellency Stephen Kalonzo Musyoka, addressed delegates on the opening morning of the event: “We are saying the time for Africa to literally – like the proverbial Phoenix – to rise from the ashes, is now.” Despite ongoing political and humanitarian struggles, he was positive about change, which he said sets the scene for a cycle of successful business and increased development.

Optimism was equally evident in panel discussions and presentations throughout the weekend, which looked at a number of sectors, including horticulture and agriculture, real estate, manufacturing, hospitality and leisure. The economic problems of Africa were seen as a diminishing long-term threat, and it was pointed out that despite a history of poor governance, poor infrastructure and power shortages, growth is still occurring at a rate of around 6 per cent.

The Rwandan and Ugandan High Commissioners to the UK , who were also present at the conference, assured the audience that action is underway to deal with these problems.

“We have a zero tolerance policy to corruption,” said His Excellency Ernest Rwamucyo, Rwanda's High Commissioner. “Rwanda is a safe, secure and easy place to live and the country has been rebuilt since the events of 2004.” The nation stands out for the automatic work permits it offers to all residents of the European Economic Community and its respect for multiple-citizenship.

Opportunities vary from country to country, and the importance of understanding the different political, economic, historic and cultural landscapes was stressed as a pre-requisite to any business venture.

Tutu Agyare, Managing Partner at Nubuke Investments LLP, an asset management firm, revealed that the mineral finds in Mozambique could see the country turn into a two-million-barrel-a-day producer of oil and gas. The businessman from Ghana, who gave up his day job six years ago to look at full-time investment in Africa, added that South Sudan was an area to watch for oil industry opportunities.

In general across the continent, the agricultural and telecommunications sectors were highlighted as areas worth exploring, while retail was flagged as a sector to watch owing to growing middle class populations. In Tanzania, the decision to introduce mortgages for the first time were expected to create new opportunity in real estate and banking.

Alykhan Nathoo, partner at Helios Investment Partners, explained that tapping into Africa's potential requires taking a 15 to 20 year horizon. He advised being selective about which opportunities to take on and to choose business partners carefully, but added that the continent is an excellent business prospect: “Africa has a unique combination of massive amounts of growth, a deficit of capital and a deficit of human capacity.”But the speakers also advised caution. Shamir Ramji, Managing Director of Iron and Steel (Africa) Limited, said: “The risks are high. I would highly recommend you come as the owner or operator, rather than managing a business remotely – unless you have a strong local partner who you can rely on.” He proposed focusing on one's core competency as a recipe for success as well as investing in staff training.

Nasim Devji, the group CEO and managing director of Diamond Trust Bank Group, highlighted the economic slowdown in the region but said the continent will recover from more quickly that Europe. “When people are investing I think that Africa is the place,” she said, “but I would say a lot of caution, a lot of pragmatism and a lot of prudence is required.”

Employment opportunities, both within the Aga Khan Development Network (AKDN) and in commercial areas, were also addressed at the event. The Aga Khan Education Services are due to launch projects in Madagascar and the Democratic Republic of Congo with Early Childhood Development as a key priority area. Aga Khan Academies are due to be opened in Tanzania, Madagascar and Uganda, where experienced managers and teacher trainers are required.Mahmood Ahmed, a partner at Evans Dodd, emphasised the need for due diligence and to ensure that proper agreements and exit strategies were in place in the event that investors faced unforeseen challenges.

A recruitment company spoke about their work specialising in recruitment for emerging markets. Invited delegates to approach them to seek advice and job opportunities, The Global Career Company said domestic African companies and multinationals are recruiting with Kenya, Uganda, Tanzania, Nigeria and Ghana as key countries, and emphasised the importance of networking.

A LinkedIn group called “iConnections - Opportunity Africa” has been setup to facilitate networking, share employment opportunities, and enable potential investors to have discussions about working together, forming alliances and sharing ideas. Publications, jobs, referrals and other industry and business related information will also be available on the site.“Africa is one big pool of people, one network where you come across the same people over and over again,” said Sana Chakir, the company's recruitment specialist. “This conference is a forum to exchange business cards and keeping in touch is key because that is the first step to getting employment in Africa.”

Saturday evening saw the delegates attend a gala dinner where more than £10,000 was raised for the Aga Khan Development Network and Oxfam. The evening presented further opportunities to network and learn about Africa, particularly the important roll of social entrepreneurship and the impact of the AKDN in developing a long-term legacy in the region. 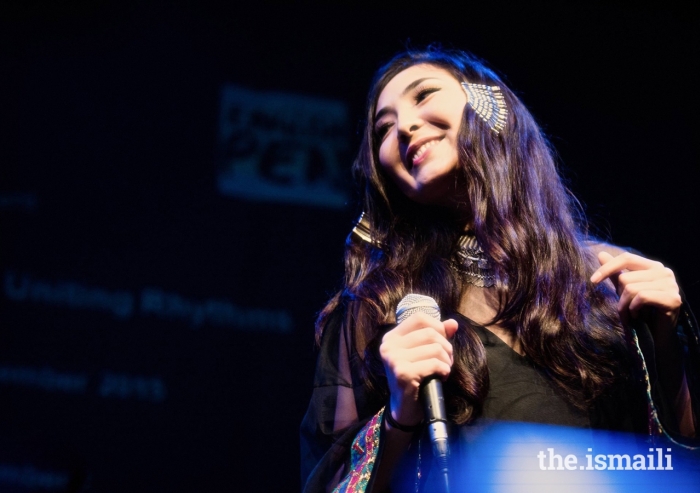 Music @ One at the Ismaili Centre London: Building bridges and breaking down barriers 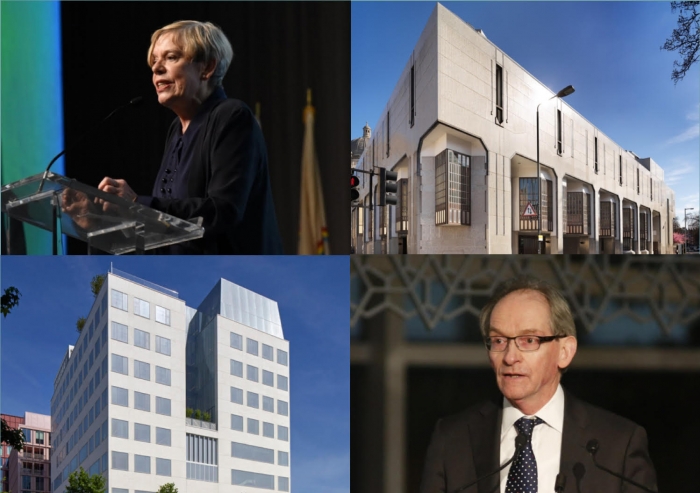