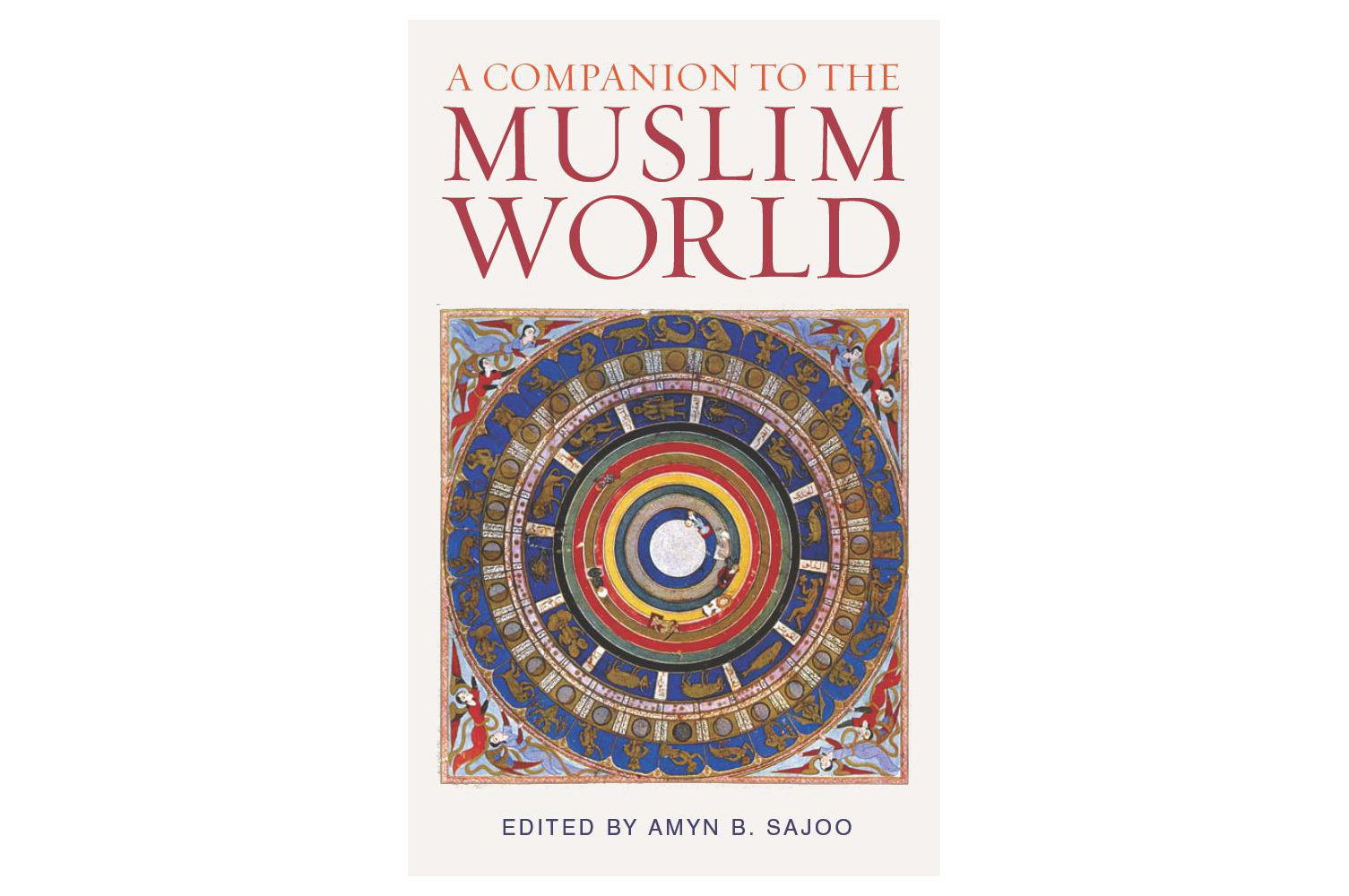 “A Companion to the Muslim World” by Dr Amyn B. Sajoo. Courtesy of The Institute of Ismaili Studies

Despite the fact that Muslims comprise about 20 per cent of the world's population, significant misconceptions and misunderstandings about the Muslim world continue to persist. The pluralism of Muslim societies and the diversity of interpretations of the Holy Qur'an, the chronological and geographical extent of Muslim history and culture, as well as the ethnic, linguistic and social diversity of its peoples are largely unknown outside the Muslim world. Equally, many within the Muslim world remain uninformed of other peoples and societies.

A new book seeks to redress this looming gap, and foster greater acquaintance with the Muslim world and its legacy. A Companion to the Muslim World, the first book in a new series of publications on essential themes of Muslim heritage, was recently launched by The Institute of Ismaili Studies in a series of events in the United Kingdom and across Canada. The book's editor, Dr Amyn B. Sajoo of Simon Fraser University, travelled to Calgary, Edmonton, Montreal, Toronto, and Vancouver in Canada, and London in the UK, where he participated in on-stage discussions hosted by professors, media personalities and other professionals from within and outside the Jamat.

The Companion unfolds in a context that continues to be coloured by the tragedy of 11 September 2001. In the wake of 9/11, the “void of knowledge” about Islam that had long persisted in the West gave way to irrational fears. The world was suddenly recast – entangled in an imminent “Clash of Civilisations” that pitted the West against the Rest, and the Muslim world in particular. 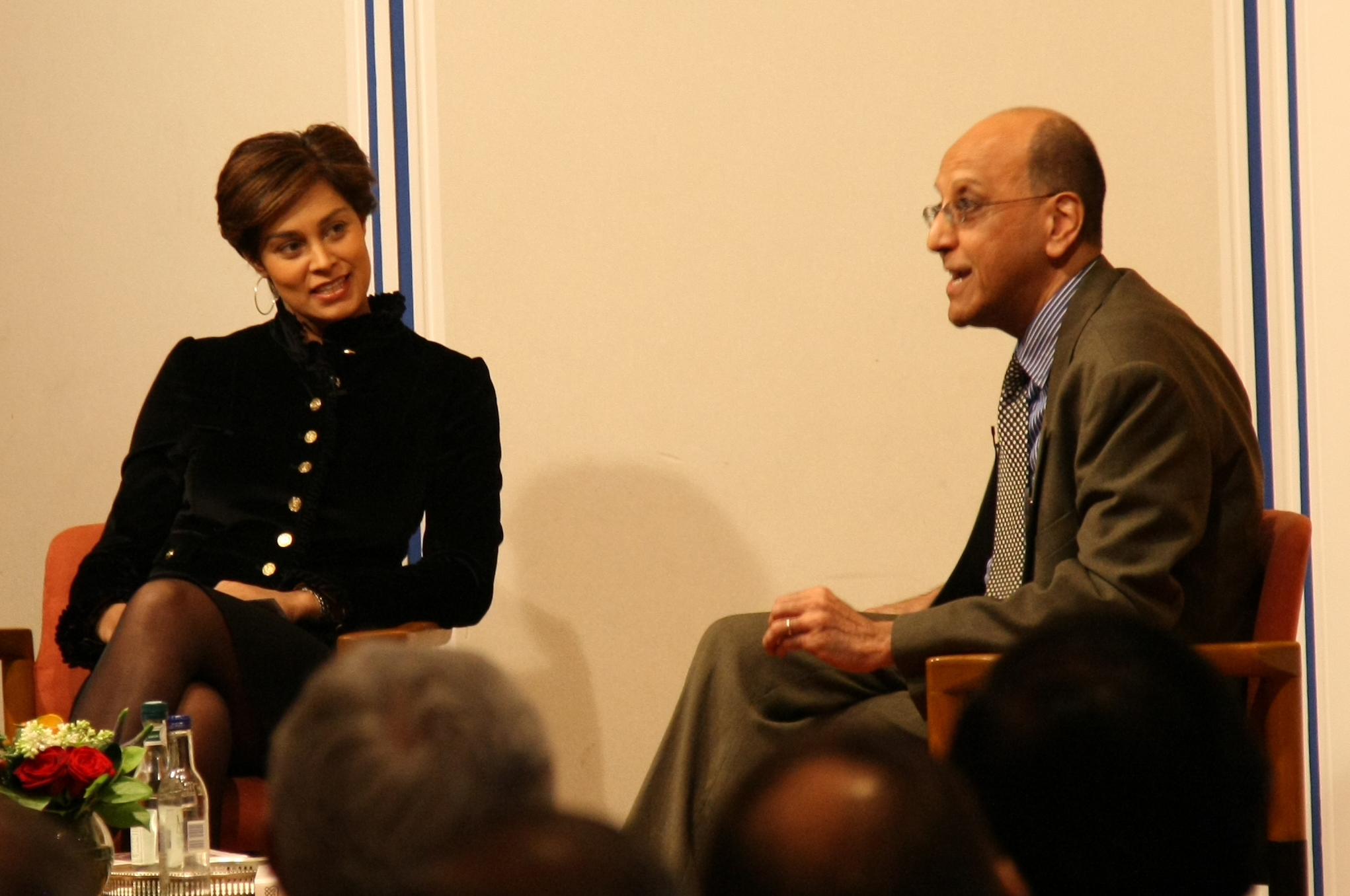 Zain Verjee of CNN International hosts an on-stage conversation with Dr Amyn B. Sajoo about his book, “A Companion to the Muslim World”. Courtesy of The Institute of Ismaili Studies

The book asserts the fallacy of such a narrow and ignorant view of the world, pointing out the deep-rooted historical relationships between Muslim, Western and other major civilisations. It invites the reader to recall the contributions that the Islamic world has made to humanity's civilising endeavour, and notes the continuing influence of Muslims in peacefully shaping the modern era.

In seeking to lift the veil of ignorance, the Companion points out that Islam is not a monolithic composition of dogma and doctrine. “It won't do to reduce Islam to creed or doctrine,” writes Sajoo in his introduction to the volume. “We must inquire about the way that it is lived, both in terms of what Muslims do and their disposition or ethos. An inquiry that attends to civilisations and cultures tells us what Islam has actually meant in history, in its plural interpretations and realities, and what heritage means today.” 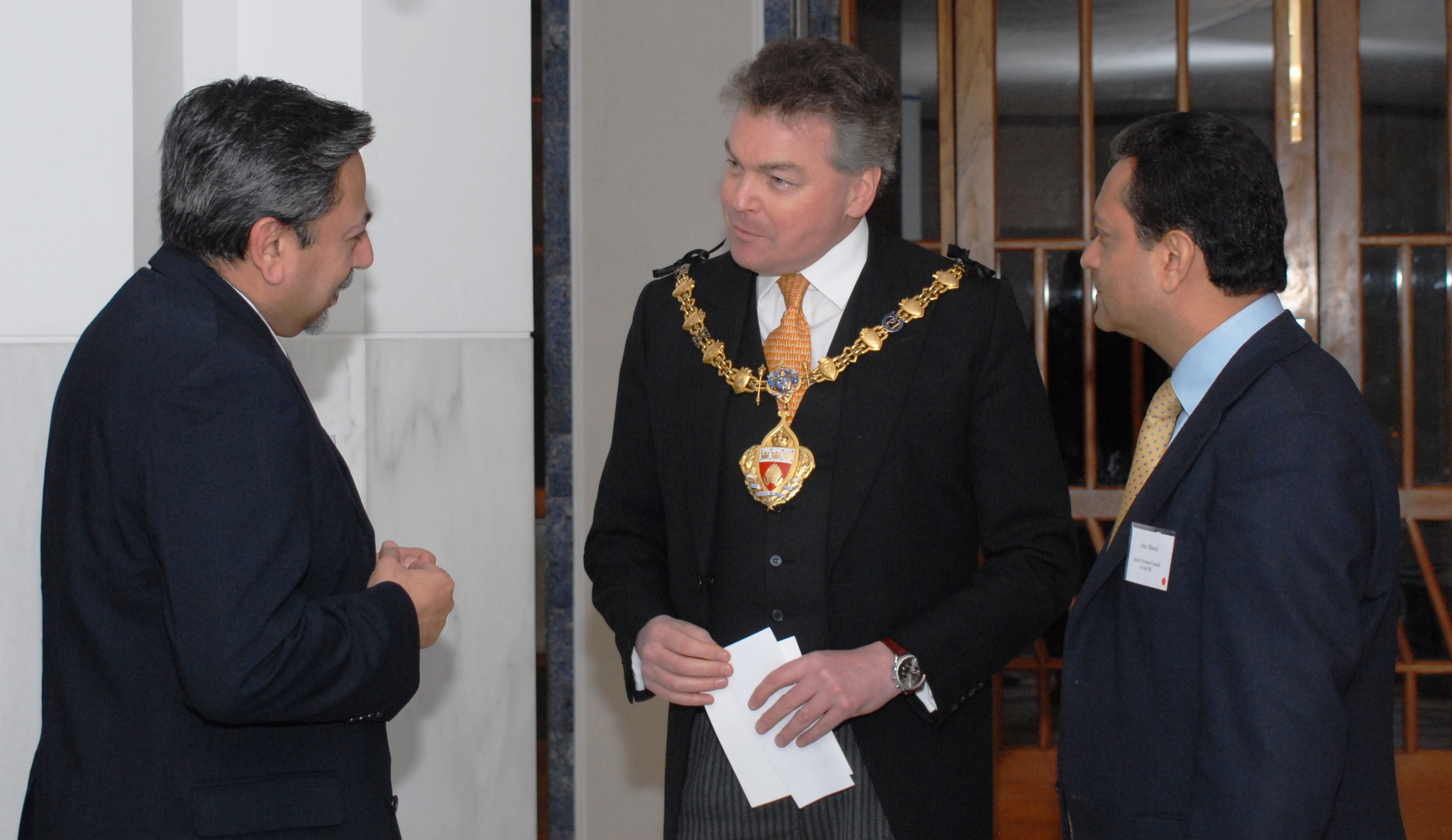 Mayor of the Royal Borough of Kensington and Chelsea, The Worshipful Timothy Coleridge, is welcomed to the Ismaili Centre, London by President Amin Mawji (R) and Vice-President Shiraz Kabani (L) of the Ismaili Council for the United Kingdom. Courtesy of The Institute of Ismaili Studies

The opening chapters of the book establish the context in which Islam and its foundational text were revealed. Reza Aslan retraces seminal moments in Prophet Muhammad's life (peace be upon him and his family), while Abdullah Saeed explores how Muslims have historically engaged the Holy Qur'an and how it has shaped Muslim concepts of knowledge and learning. Having underpinned the reader with this foundation, the Companion proceeds to wade into the many facets though which Muslims have expressed their cultures and faith over the centuries.

Among these is the way Muslims have shaped the built environment, which in turn speaks to the outlook and aspirations that they have drawn from their faith. “Cities are about ‘culture, society and the environment',” points out Amira Bennison in her essay The Umma in the City, and how these elements “intertwine to create a particular city and way of urban living at a specific time.” She explores the “lively mix of culture, geography, wealth and lived faith” that characterises Muslim societies in five great urban centres. 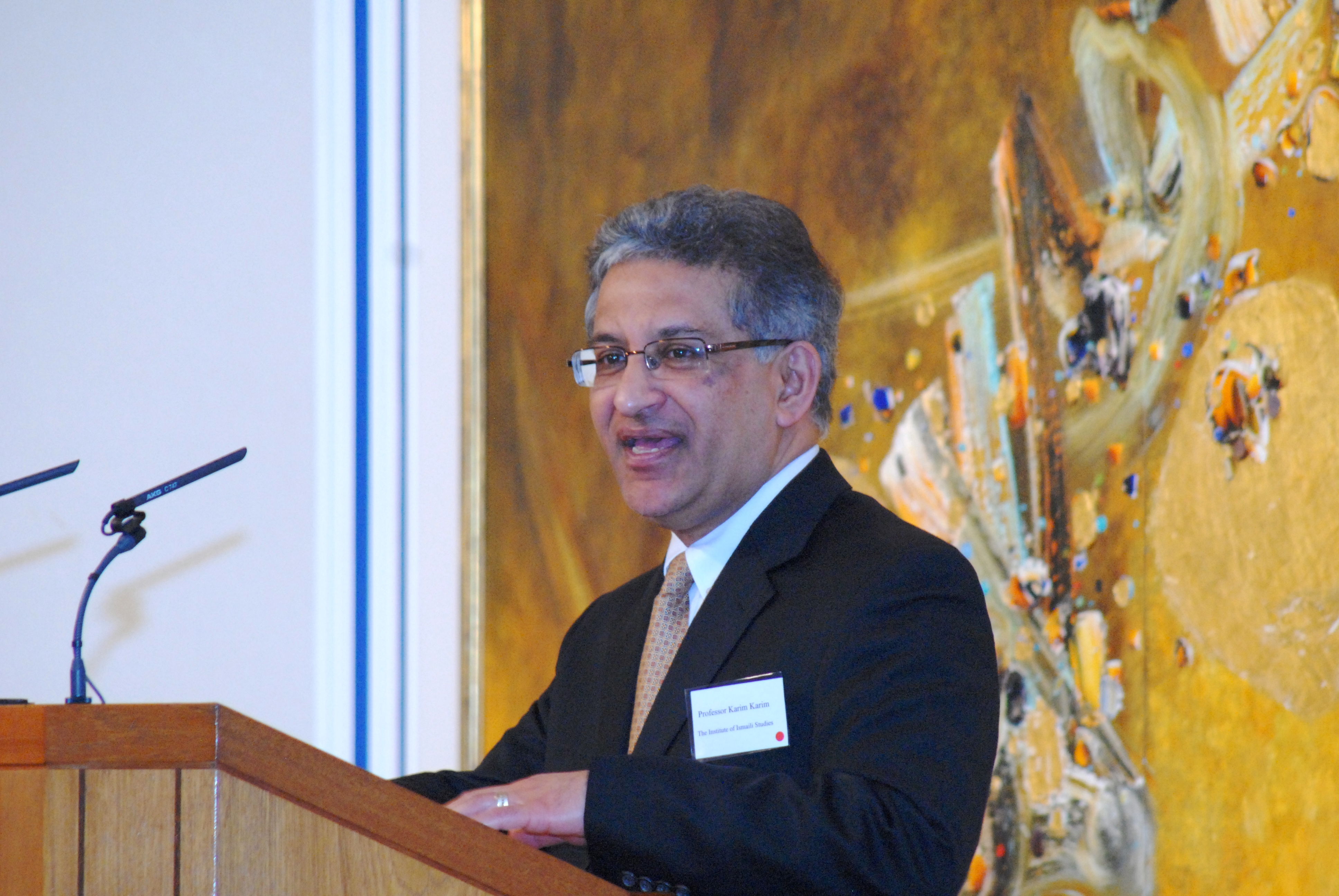 A core premise of the Clash of Civilisations theory is that Islam is intolerant of other faiths. The fallacy of this myth is evident from the Medina Charter, which, Shainool Jiwa notes in her chapter about the Fatimids, provided the framework model of inclusive governance that they established at the founding of their state. Attributed to Prophet Muhammad, the Charter allowed pagan, Jewish, and the nascent Muslim community to exist together as a single ummah (community). It provided for the security of the entire community – particularly women, guaranteed religious freedoms, and created a tax system and a judicial system for resolving disputes. The Fatimids used the Charter as a basis for their Aman document, which underwrote the rights and responsibilities of the new empire and its citizens.

The Companion explores many other dimensions of the Muslim world, including essays on themes such as Women and Social Change (Azizah al-Hibri), The Art and Architecture of the Mosque (Hasan-Uddin Khan), The Digital Umma (Gary R. Bunt), and Networks of Solidarity (Bruce Lawrence). The book is intelligently written, yet easy to read, and aims to assist the non-specialist reader to understand the Muslim world, especially those in the fields of diplomacy, journalism, international development and education. 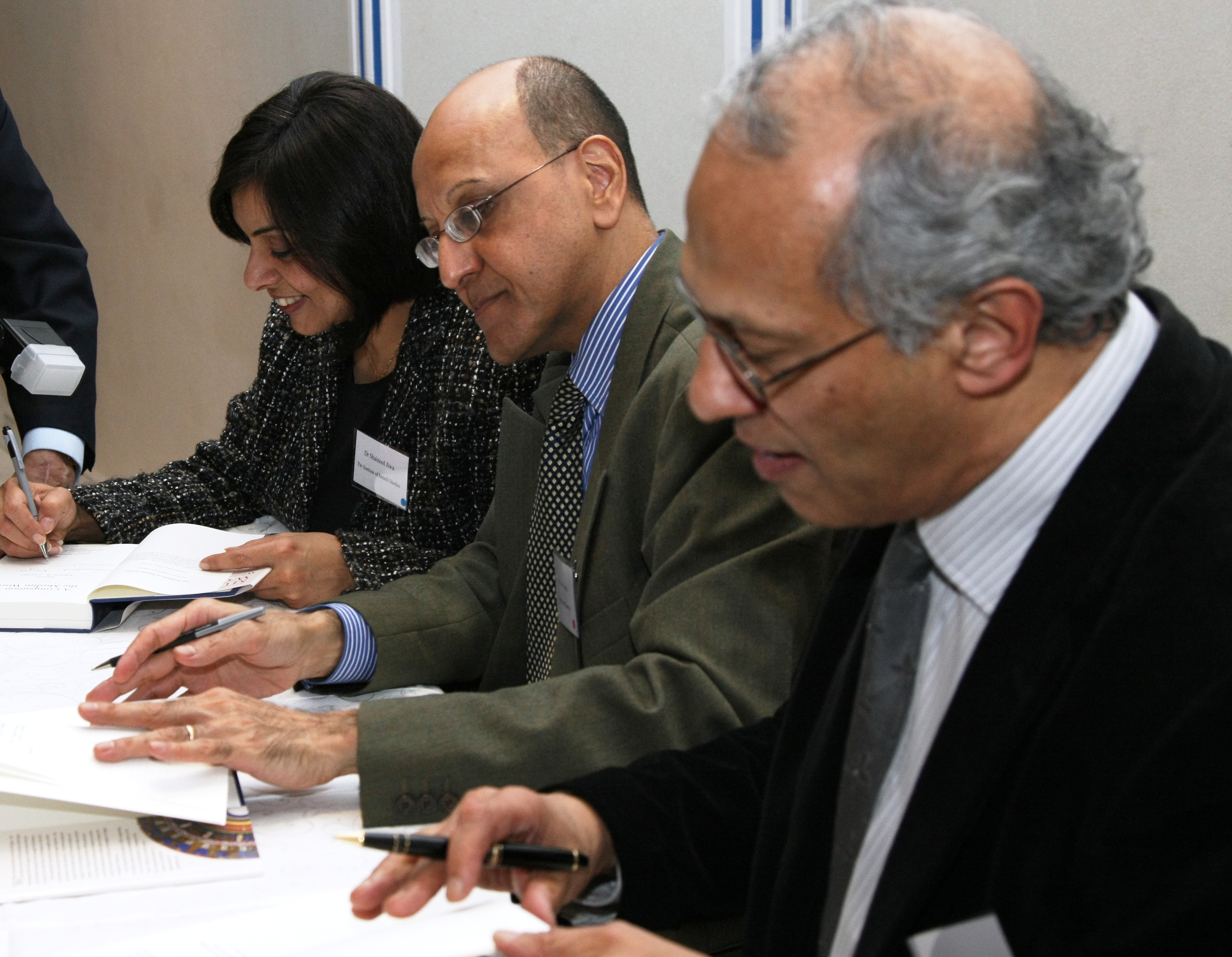 Contributors to “A Companion to the Muslim World” – Dr Shainool Jiwa, Dr Amyn B. Sajoo and Raficq Abdulla – sign books for guests. Courtesy of The Institute of Ismaili Studies

In Ottawa, the IIS held a dinner commemorating the book and the new Muslim Heritage Series at the Delegation of the Ismaili Imamat. Described by Mawlana Hazar Imam as a “bridge between the peoples of Islam and the peoples of Canada”, the Delegation building played host to ambassadors, high commissioners and other senior officials from agencies such as the Canadian International Development Agency, the International Development Research Centre and Canadian Heritage. In his address to the gathering, Dr Sajoo shared his thoughts on the publication as well as plans for future volumes in the series, including the upcoming release of A Companion to Muslim Ethics.

At the Ismaili Centre, London, The Institute of Ismaili Studies hosted a launch event in conjunction with the Ismaili Council for the UK. Zain Verjee of CNN International had an engaging discussion with Dr Sajoo amongst an audience of ambassadors, high commissioners, media representatives, policy makers and members of the Jamat as well as the wider ummah.

Reflecting on key themes in the civilisations and cultures of Islam, the Muslim Heritage Series presents leading scholarship in a style and format that is accessible to the interested general public.