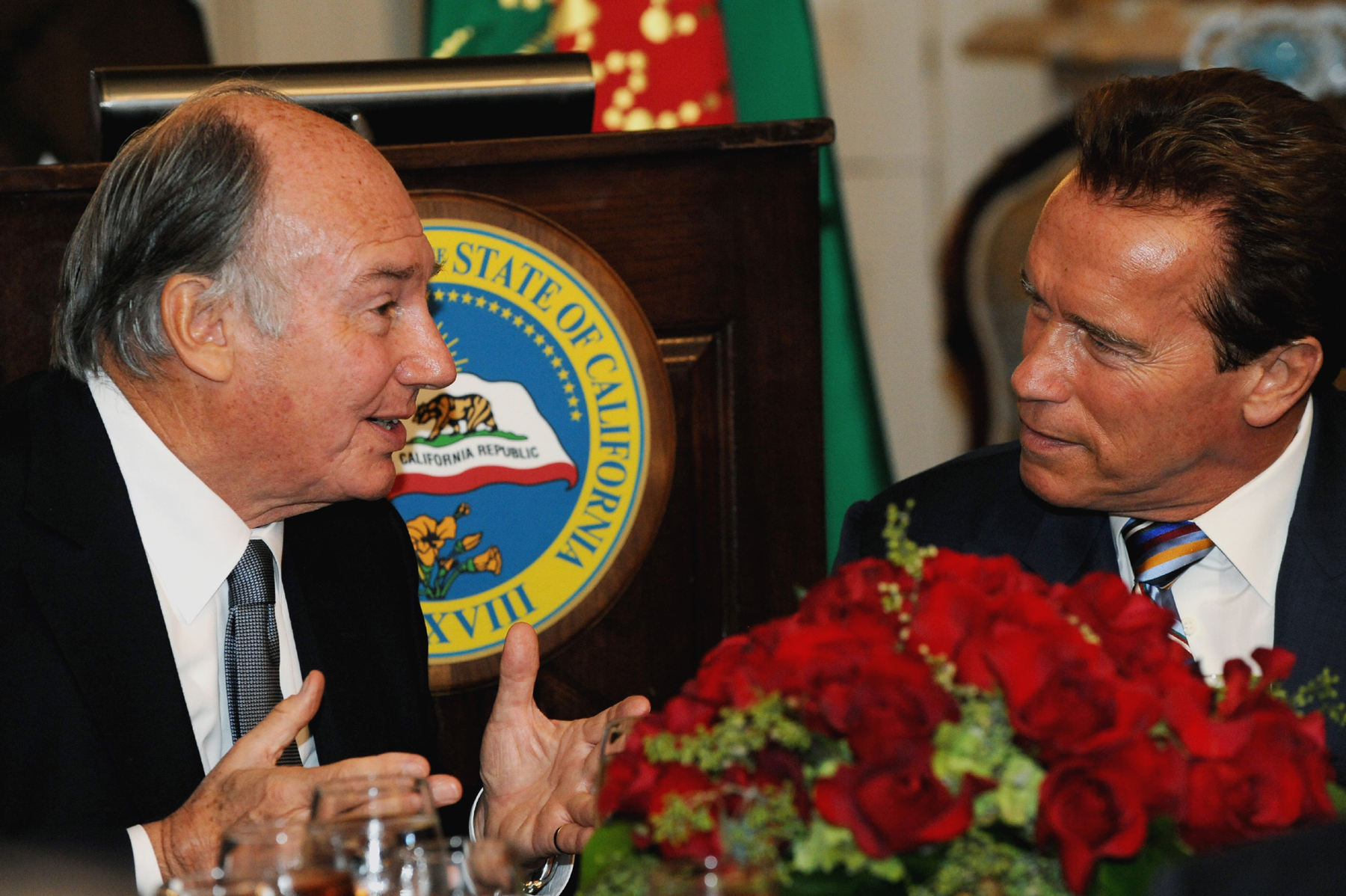 Sacramento, California, 2 November 2009 – Mawlana Hazar Imam and California Governor Arnold Schwarzenegger signed a landmark Agreement of Cooperation between the Ismaili Imamat and the State of California today. The signing, which took place at the California State Capitol, followed a meeting between Hazar Imam and the Governor, during which a range of issues of mutual interest were discussed.

Immediately after the signing of the Agreement of Cooperation, the President of the Aga Khan University and the Executive Director of Global Health Sciences at the University of California, San Francisco signed a Memorandum of Understanding to facilitate collaboration on a variety of health and education matters.

Governor Schwarzenegger and Mawlana Hazar Imam then walked to Stanford Mansion, where the Governor hosted a luncheon in honour of Hazar Imam. In his remarks, the Governor recognised the tremendous work of the Ismaili Imamat in improving the living conditions of people throughout the world, and working to alleviate poverty. 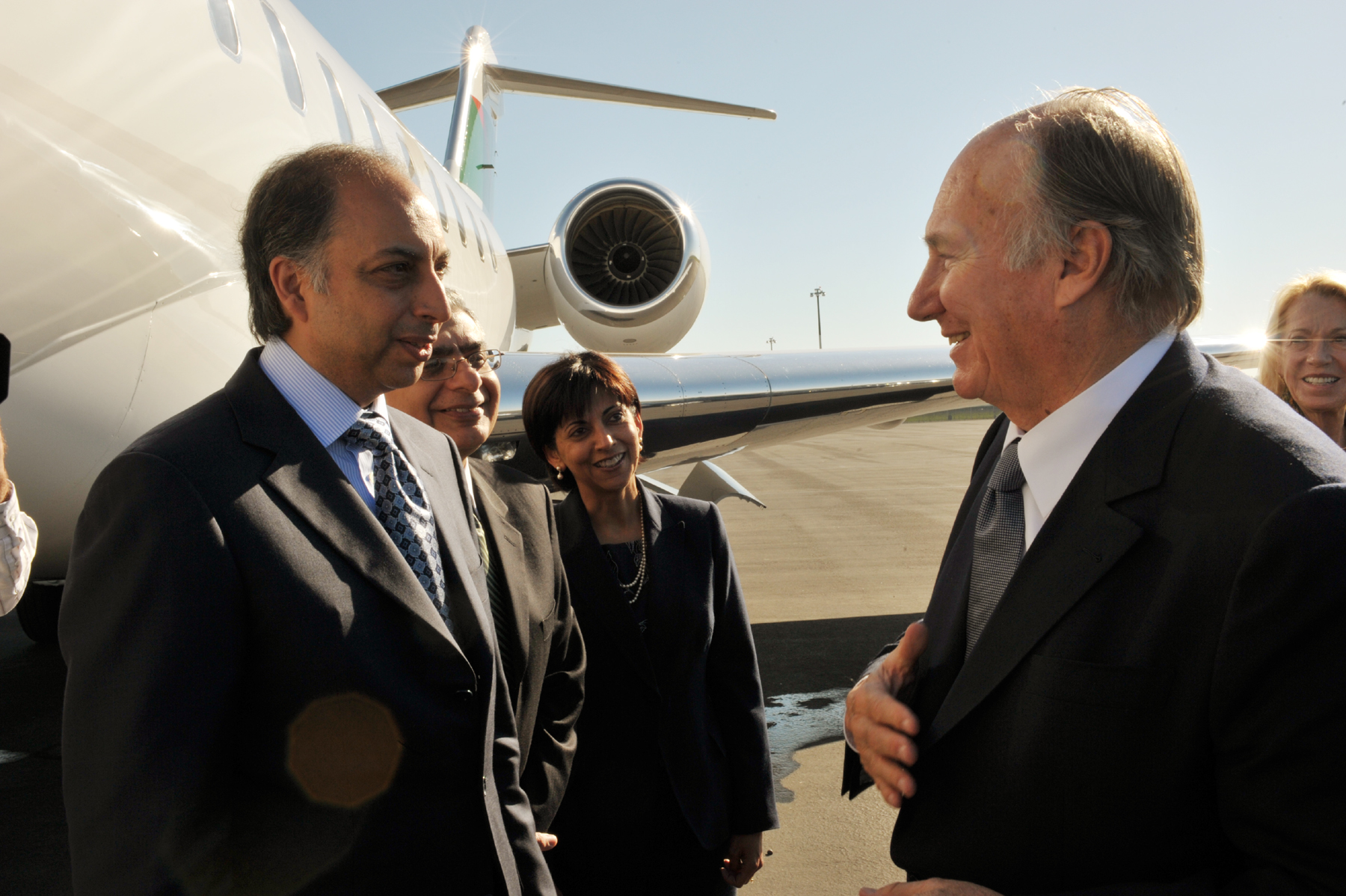 In his address to the gathering, Mawlana Hazar Imam underscored the important role that California can play by “bringing to our parts of the world the knowledge, the capacities, the generosity, of Californians who want to share their knowledge, their capacities.” Thanking the State of California, Hazar Imam added: “This is an opportunity for which my community and I will always be grateful, not just this year but always. Because what we are hoping for is permanent institutional relations – relationships which exist between men and women who serve the same goals, the same purposes.”

Mawlana Hazar Imam's official visit to California at the invitation of Governor Schwarzenegger follows a recent visit to Texas last Friday, where he and Governor Rick Perry signed a similar agreement between the Ismaili Imamat and the State of Texas. Both agreements facilitate cooperation in the fields of education, the environment, culture, disaster risk management, medicine and other areas of knowledge, with a view to confronting poverty and improving the quality of life of disadvantaged populations. 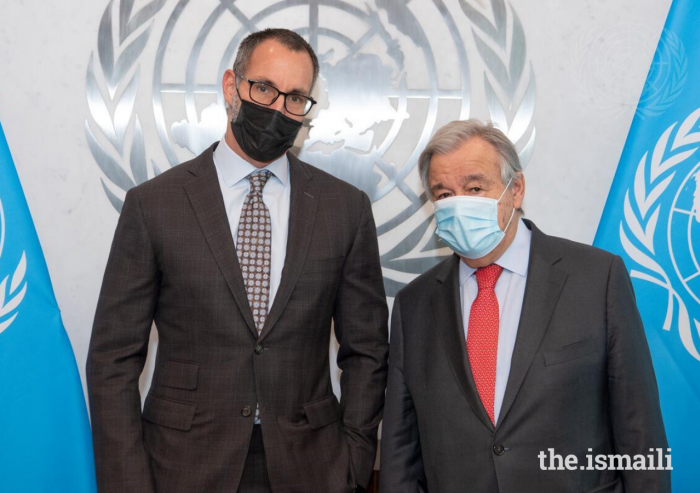 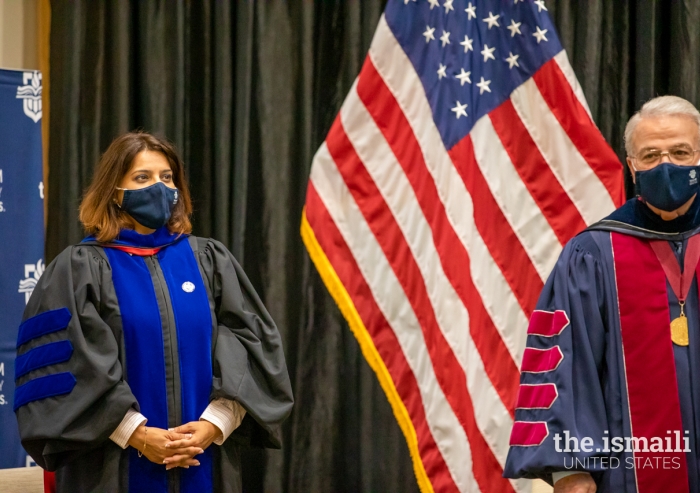