Mawlana Hazar Imam received the highest award bestowed by the Asia Society, the Asia Game Changer Lifetime Achievement Award, on 01 November for his work to improve the lives of millions in Asia and around the world.

The award marks the second time in a month that Mawlana Hazar Imam was honoured by a United States organisation. Recipients of the Game Changer Awards are recognised for making a positive and transformative change for the future of Asia. Hazar Imam was accompanied to the ceremony by Prince Amyn Muhammad.

Mawlana Hazar Imam was presented with the award by philanthropist and former Mayor of New York City Michael Bloomberg. Bloomberg lauded Hazar Imam’s work, both through the Aga Khan Development Network and as Imam of the Ismaili community, and the positive effect on millions of lives in Asia, Africa and the Middle East. “I can just tell you it has been inspiring to me to see what tonight’s honoree has been able to accomplish. And it will give us new dedication to continue and do the same thing. There is nothing more important, and more rewarding than helping others, and the Aga Khan really has led by examples.”

In her introductory remarks, Josette Sheeran, Asia Society President and CEO, recalled a personal story of the impact of the Aga Khan Development Network in Afghanistan.  When food supply chains were cut off to hundreds of thousands of people who were threatened with starvation during a particularly cold winter, Sheeran explained how she turned to the Aga Khan Foundation for assistance and “they started moving the world… So, I know the power of your work, I know the power of your network, I know what you have built.”

In his acceptance remarks, Mawlana Hazar Imam thanked the Asia Society for their recognition and focused on a message of community building and peace. “I would like to say that any leader of any global community hopes and prays for one thing — peace; peace in every community in every country of the world. So that men and women can live in safety, build their futures with strength, courage, and hope and wisdom.  These are the values that the leaders of my community, my institutions and myself are intimately linked with and will continue to work for, for many, many decades ahead.”

The evening concluded with a special performance by the Aga Khan Music Initiative Ensemble, a collective of master musicians inspired by their own deep roots and the cultural heritage of Asia.

At a private reception preceding the Asia Society dinner and gala, New York State Lieutenant Governor Kathy Hochul, presented Mawlana Hazar Imam with an Executive Chamber Citation congratulating him on the occasion of his Diamond Jubilee on behalf of New York State Governor Andrew Cuomo and all New Yorkers.  The Governor congratulated and extended his best wishes to Mawlana Hazar Imam “for his vision and inspiring leadership over the past six decades.” 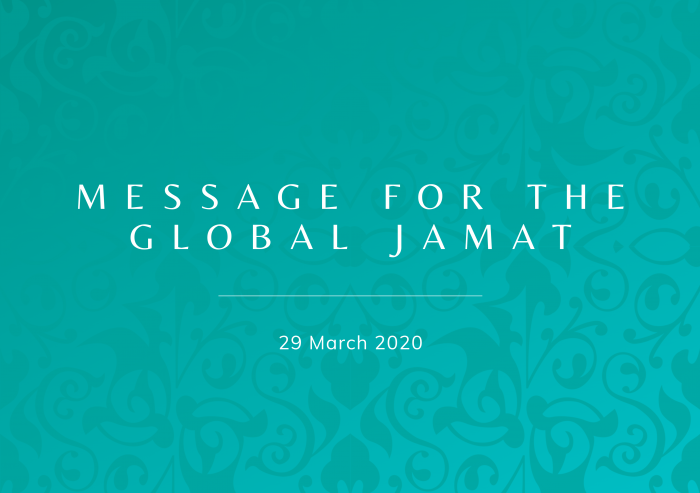