Prince Rahim was the guest of honour at a celebration hosted by The Institute of Ismaili Studies (IIS) in London on 24 November 2017. The reception followed a commemorative lecture held at the Ismaili Centre London the previous evening. The events took place to mark 40 years since the establishment of the IIS in 1977.

Upon his arrival in Central London, Prince Rahim was received by Dr Farhad Daftary, Director of the IIS, and members of the Institute’s Board of Governors. Past members of the IIS Board, and current staff and students were also in attendance.

On behalf of the Board of Governors, Mr Naguib Kheraj delivered welcome remarks to guests in which he paid tribute to the staff and students, “An academic institution is all about people – we’re about the results of human intellectual endeavour and the development of minds and knowledge. The collective endeavour of those in the room and the many past colleagues and alumni who aren’t able to be with us today are what make IIS what it is today.”

In his remarks, Prince Rahim thanked members of staff for their contribution to the work of the Institute, and commented, “Forty years may feel like a long time, but it’s a very short time in the life of an academic institution. IIS is a unique institution in terms of its mandate and role and it hasn’t simply been following an established model which has been implemented before.... this anniversary is an opportunity to reflect on our progress and achievements, and to celebrate the people who have made them possible.”

Prince Rahim also remarked that IIS students are the lifeblood of the Institute and our future leaders, and acknowledged the importance of the IIS as a whole to the Jamat over the past 40 years.

“We have seen in these last decades the globalisation of the Jamat and its patterns of migration, which have made it even more important to be able to provide the Jamat with authentic and well prepared materials which enable an understanding of its history and of its heritage and of matters of the faith and its practice,” Prince Rahim said. He also recognised that the IIS has benefited from generous support from the Jamat, which has helped make their 40 years of work possible.

Prince Rahim later congratulated thirteen members of staff for their long-standing service to the Institute. They included Dr Farhad Daftary, Director of the IIS and Head of its Department of Academic Research and Publications; Mr Shams Vellani, and Dr Aziz Esmail, who have played an instrumental role in the formation and journey of the Institute since the 1970’s; as well as Ms Anna Spinola, who has greeted staff, students and visitors every morning at the front desk for over 30 years.

Dr Shainool Jiwa delivered a vote of thanks and closing remarks, thanking Prince Rahim for attending the reception, and acknowledging the work of all staff and volunteers in organising the event. Dr Jiwa closed proceedings with an evocative verse of poetry from Nasir Khusraw:

“Kindle the candle of intellect in your heart

And hasten with it to the world of brightness;

If you want to light a candle in your heart,

Make knowledge and goodness its wick and oil.”

The previous evening, The Institute welcomed guests to an event at the Ismaili Centre London. Entitled Connecting the Past, Present and the Future, the commemorative lecture took place as part of the IIS’ 40th anniversary celebrations, which coincides with Mawlana Hazar Imam’s Diamond Jubilee commemorations.

A series of short talks explored themes integral to to the Institute’s work, and were presented by Dr Farhad Daftary, Dr Omar Ali de Unzaga, Dr Laila Halani and Dr Walid Ghali respectively. The speakers explained how the Institute’s work in academia and education plays a key role in strengthening the Jamat’s capacity to navigate modern-day challenges. This was followed by a lively on-stage conversation moderated by Dr Shainool Jiwa.

Guests at the event were also able to view an illustrated timeline display showcasing key milestones in the 40-year history of the Institute.

For the past four decades, the Institute has provided a space to preserve and study Ismaili heritage, and has worked to develop educational programmes and human resources to serve the needs of the Jamat. Since its establishment in 1977 with six members of staff, the IIS has seen significant growth, now employing 115 people, and has produced 138 publications, translated into a number of languages. Next year, the Institute will move to a new permanent home in London’s Kings Cross, and through its expanding projects and programmes, will continue to strengthen it’s contribution and impact on the education of the global Jamat. 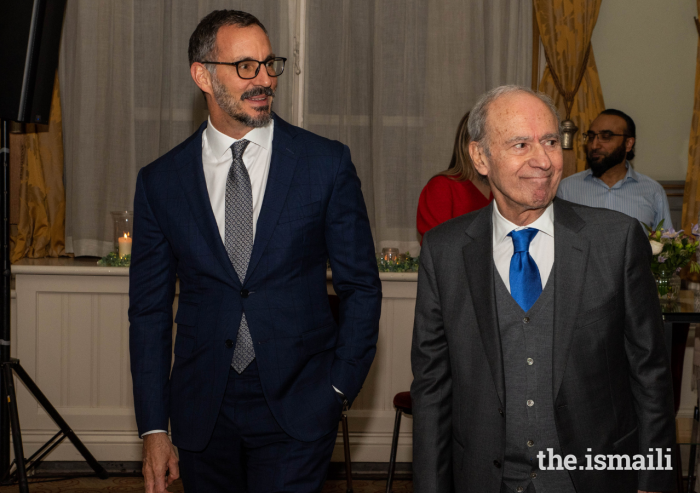 IIS honours Dr Farhad Daftary on his retirement as co-director 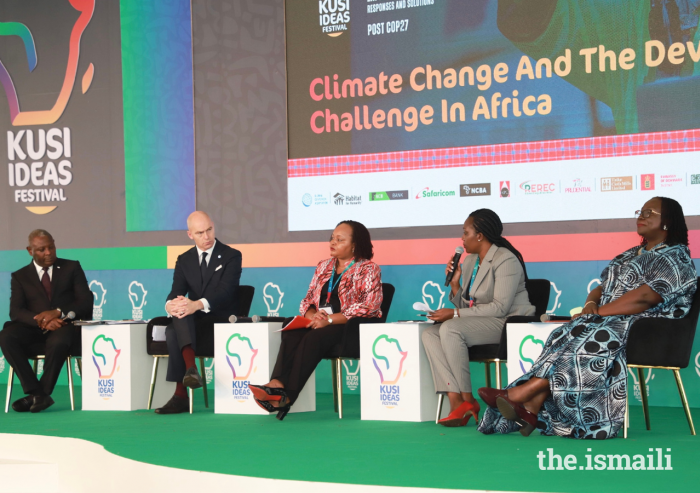