When three Ismaili entrepreneurs saw the potential for their business model to improve education and address poverty in Kenya, they partnered with a Nairobi primary school and a local charity to test the idea. Student attendance, grades and enrollment at the school have since soared.

Just outside the Huruma slum in Nairobi, Viara Junior Academy is a low-income school that struggles to make ends meet. In past years it has relied on funding from the local Rotary Club to keep its doors open, but recently the primary school became the staging ground for an innovative approach at tackling poverty — spearheaded by three Ismaili Muslims.

Al Ismaili, Shehzad Tejani and Faiz Hirani are the founders of the Bamba Group, a company that offers technological solutions to improve performance management at large East African companies. A couple of years ago, they wondered if their proven business model could also be used to improve education and address poverty.

“Growing up as an Ismaili, you learn that education is a great way to solve a poverty crisis,” says Al Ismaili, “but in Kenya, what’s happening is 25 per cent of kids that start Primary Level 1 actually drop out by Primary Level 5.”

According to Ismaili, while the Kenyan government has a policy that every child has the right to an education, the reality is that low-income schools often do not meet the requirements that are essential for receiving funding. Higher student attendance would bring such schools one step closer to receiving those funds.

“So one quarter of the childhood population in Kenya is currently dropping out of school,” says Ismaili. “When you have a stat like that, you’re looking at why this is happening, why this high dropout rate occurs.” The biggest problem, he explains, is that child labour is a necessary source of income for families, who therefore cannot afford to send their children to school.

This is where Bamba’s technology fits in. For corporations, the company runs a loyalty points programme, in which employees rack up points for performance-related objectives that they can then “cash in” for rewards. Combining the same software with a conditional cash transfer concept that has been effective in the healthcare field, Ismaili, Tejani and Hirani decided to focus their efforts on increasing attendance of underprivileged children in rural schools.

“You have to incentivise these local communities that can’t break their poverty cycle from generation to generation,” Ismaili points out, “So by giving them that conditional cash transfer, it’s ‘just send your kids to school,’ and that speaks for itself. They have nothing to lose.”

This is how the system works: Parents receive the cash equivalent of their child’s wages for each day that he or she attends school. Knowing that attendance is only one of many factors influencing the cycle of poverty, Bamba also tracks students’ academic performance through an online portal that administrators, students and donors can log into.

“It’s a win-win,” says Ismaili; the children receive an education and their families are not denied wages that would otherwise have been earned. Students also receive rewards for their motivation and commitment to learning. Their prizes are received from sponsors around the world, who may choose to contribute monetary amounts, toys, electronics, or sports equipment.

The Viara Junior Academy project was launched with support from the Rotary Club in Nairobi as well as proceeds from fundraising initiatives led by Bamba Charity.

“The Bamba rewards project in our school began in September 2013,” says Titus Matoyo, Director and Deputy Head Teacher at Viara Junior Academy. By the end of the December 2013 academic term, school administrators, parents and students were already seeing positive changes. “The project, which comprises tracking attendance and performance by use of unique student code numbers, became a breakthrough in our school,” he says.

The students were more motivated, says Matoyo, and their grades increased along with the consistency of their attendance. Parents received a real, formal report card generated by the Bamba system, which runs on internet infrastructure donated by Safaricom, one of the company’s clients. “The performance tracking that included use of Bamba report cards encouraged the teachers, pupils as well as parents in terms of performance.”

And student enrollment has soared. “We had at the beginning of the project about 97 pupils,” recalls Matoyo. “Currently we have student population of 188 pupils.”

Conditional cash transfers to parents began in early 2014. Bamba put in place a number of measures to prevent fraud, including the signing of an agreement with the Rotary Club of Nairobi that created a transparent, audited accountability process that can easily be replicated.

“In the long run, education is the great equalizer; in the short term, however, a person’s most immediate concern is basic necessities,” says Faiz Hirani. “Conditional cash transfers will allow these students to maintain good attendance at school, and focus on the long term return of attaining a good education.”

The success of the programme at Viara Junior Academy has drawn additional financial support, and the scope of the programme has grown. With support from the Aga Khan Foundation and Concern Worldwide, as well as funding from the United Kingdom Department for International Development, Bamba is expanding the conditional cash transfer programme to reach an expected 25,000 students in 250 schools across Kenya by January 2015.

Bamba Charity runs exclusively on volunteers. They share a conviction, says Shehzad Tejani, that “education is one of the most important tools on this earth to eradicate poverty.”

Some are Bamba Group employees, who spend up to 10 per cent of company time working on the charity component, but the majority of the non-profit’s leadership team is made up of local Nairobi Rotarians, including residents of the neighbouring slums.

“Every dollar spent towards educating a child will yield a long-term priceless return on investment,” insists Tejani. “Educated and empowered children will be the backbone of the sustainable civil-society that we are all looking for.”

That is a reward worth working for. 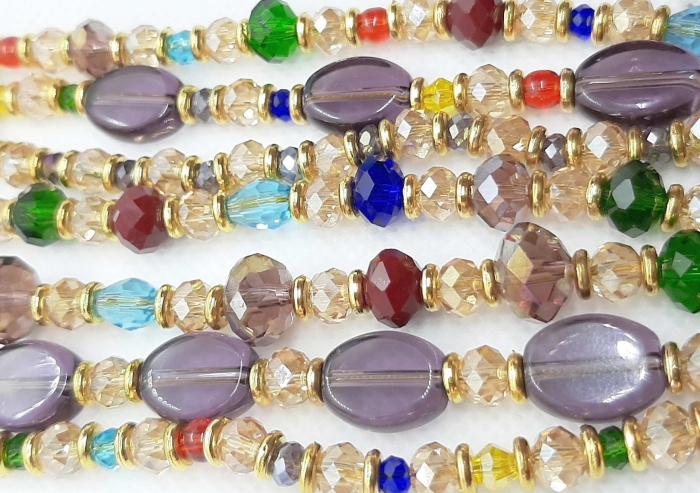