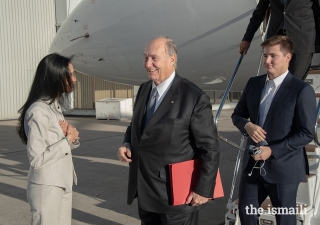 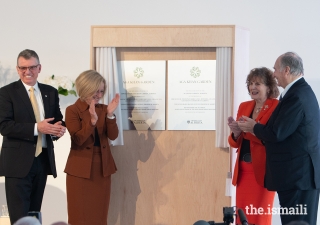 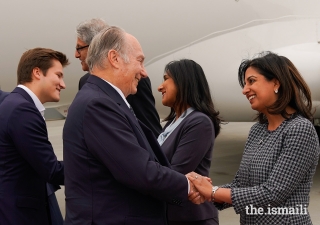 Mawlana Hazar Imam arrived in Edmonton today, accompanied by Prince Aly Muhammad, to begin a visit to Canada that will include the inauguration ceremony of the Aga Khan Garden in Edmonton as well as degree conferral ceremonies in Calgary and Vancouver. 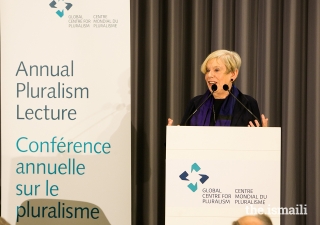 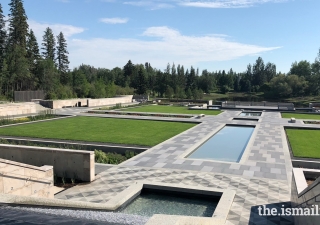 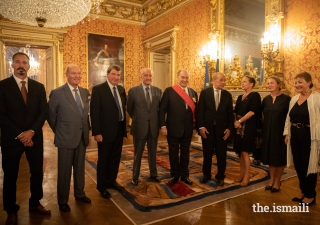 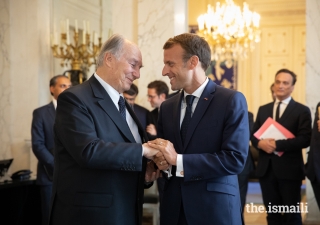 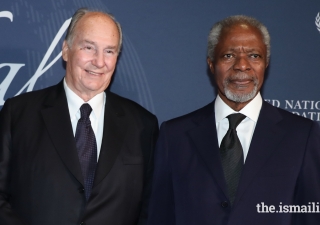 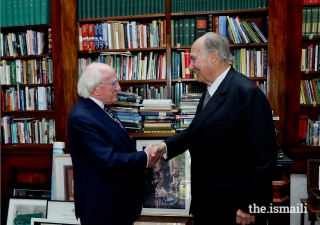 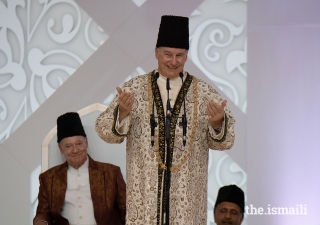 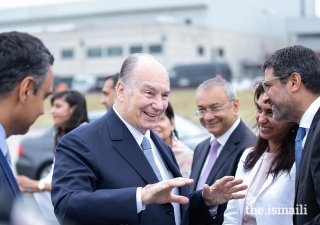 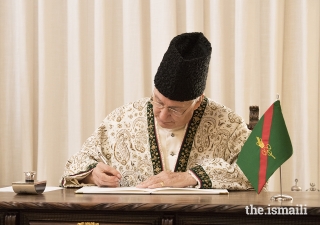