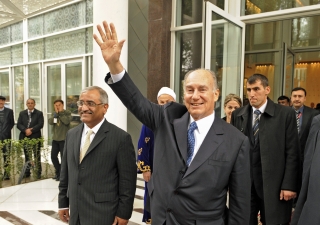 Dushanbe, 1 November 2011 – Mawlana Hazar Imam’s visit to Tajikistan drew to a close today. Following the inauguration of the Dushanbe Serena Hotel, members of the Jamat gathered across the street to bid farewell to Hazar Imam as he departed the Serena. 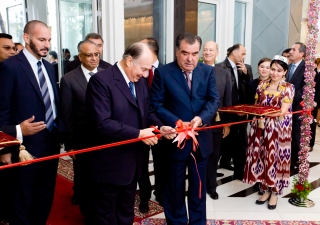 Dushanbe, 1 November 2011 – Mawlana Hazar Imam and President Emomali Rahmon of Tajikistan, inaugurated a new Serena Hotel in the heart of Dushanbe, the Tajik capital. Prince Amyn and Prince Rahim were present for the ceremony, as were dignitaries from the government, development and tourism sectors. 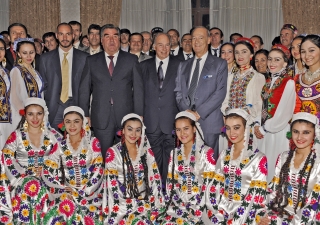 Dushanbe, 31 October 2011 – The President of Tajikistan, His Excellency Emomali Rahmon hosted a dinner in honour of Mawlana Hazar Imam's visit at the Saodat Teahouse (chaikhana). Prince Amyn and Prince Rahim were also present at the dinner, which featured performances of music, dance and song by a number of Tajik artists.

Kabul, 30 October 2011 – Between visits to India and Tajikistan, Mawlana Hazar Imam made a stop in Kabul, where he met with His Excellency President Hamid Karzai to discuss the progress of AKDN activities in Afghanistan. The Government of Aghanistan accorded Hazar Imam a full state welcome, including a guard of honour. 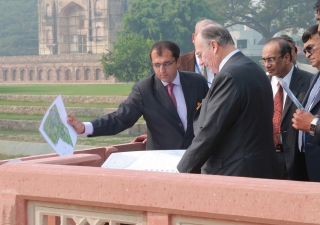 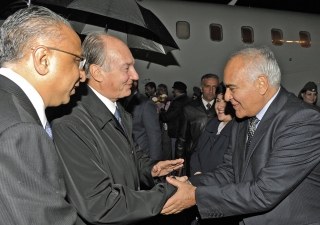 Dushanbe, 30 October 2011 – Mawlana Hazar Imam arrived in Tajikistan today for the inauguration of the Dushanbe Serena Hotel. Prince Rahim and Prince Amyn had arrived earlier, and will also participate in the opening ceremony. 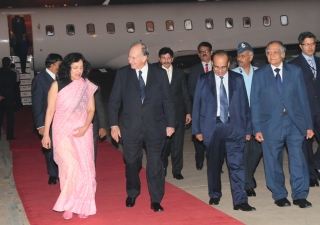 Delhi, 29 October 2011 – Mawlana Hazar Imam arrived in India today to review progress on the restoration of Humayun's Tomb and the work at Sunder Nursery in the capital region of Delhi. The projects are part of a larger initiative that also aims to preserve and rehabilitate landmark buildings in Nizamuddin Basti, while improving the quality of life for inhabitants of the area. 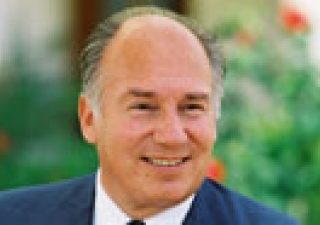 Los Angeles, 28 October 2011 – Describing him as “an unparalleled leader in development, cultural preservation and philanthropy,” the Urban Land Institute has named Mawlana Hazar Imam the 2011 Laureate of the J.C. Nichols Prize for Visionaries in Urban Development. The prize recognises an individual whose career demonstrates a commitment to the highest standards of responsible development. 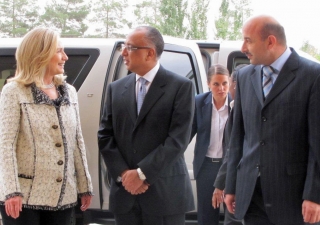 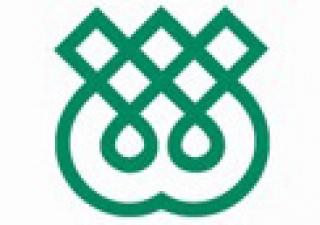 The Institute of Ismaili Studies will hold a live webcast of the 2011 Graduation for the Graduate Programme in Islamic Studies and Humanities on Saturday, 22 October 2011 at 2:00 PM (London time). Professor David Ford of the University of Cambridge will deliver the Commencement Address. 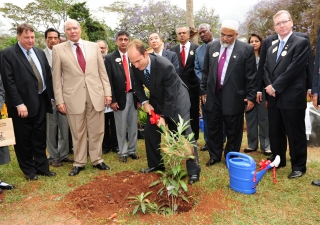 Nairobi, 19 October 2011 — With 2011 designated the International Year of Forests by the United Nations, the Aga Khan Development Network and Lions Clubs International committed to plant 1.5 million trees in Kenya by June 2012. 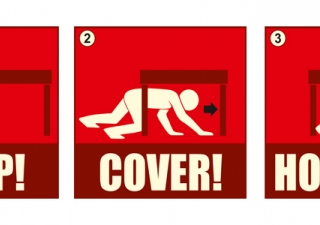 On Thursday, 20 October, more than 100 000 Aga Khan Development Network staff and members of the Jamat in locations around the world will DROP to their hands and knees, take COVER and HOLD ON. Together with more than 7.9 million other people around the world, they will be taking part in ShakeOut – a drill that teaches people how to protect themselves during an earthquake.