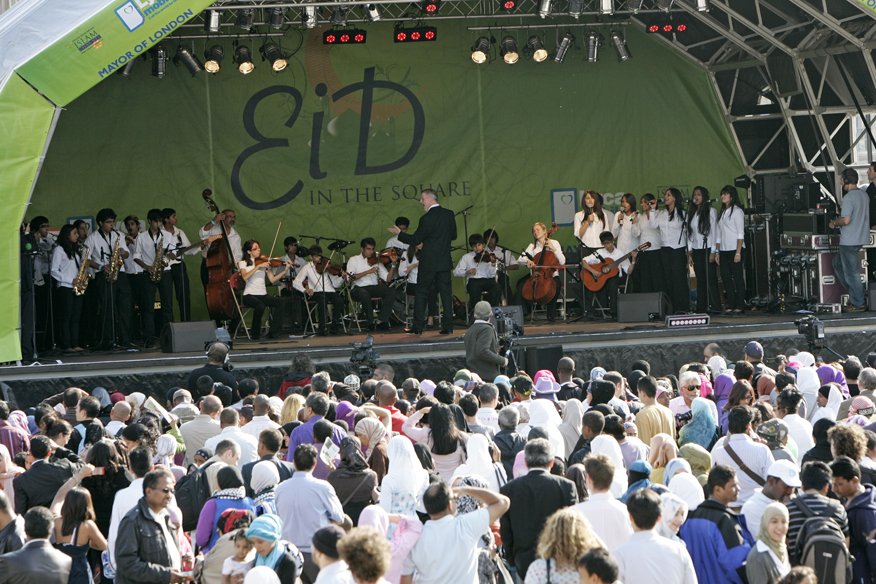 The audience takes in a performance by the Ismaili Community Ensemble. Kois Miah

In celebration of this year's Eid ul-Fitr, the Mayor of London organised a programme of live entertainment in Trafalgar Square on Saturday, 26 September 2009. The Ismaili Community Ensemble was invited to take part in the event, which attracted thousands of Muslims and non-Muslims, and marked the end of the holy month of Ramadan with live musical performances from diverse genres. 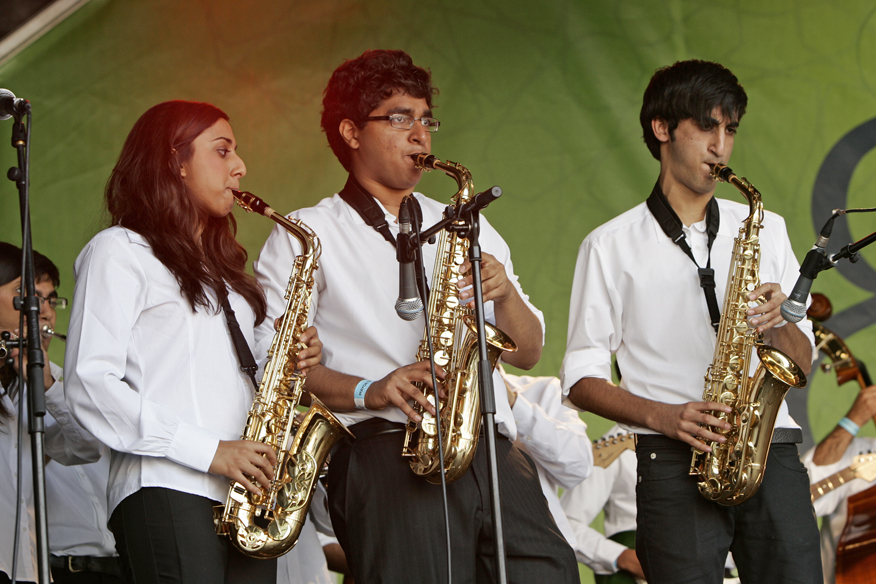 From rap to devotional chants, the array of acts demonstrated the diversity of backgrounds to which Muslims belong. But the different performances were united in their message of belief in one God – as well as their energising effect on the audience.

The Ismaili Community Ensemble's performance was vivacious, with carefully written lyrics and evocative harmonies that drew admiration and respect from the audience. Richard Barnes, the Deputy Mayor of London, posed for photographs with members of the Ensemble and expressed his delight at their performance. 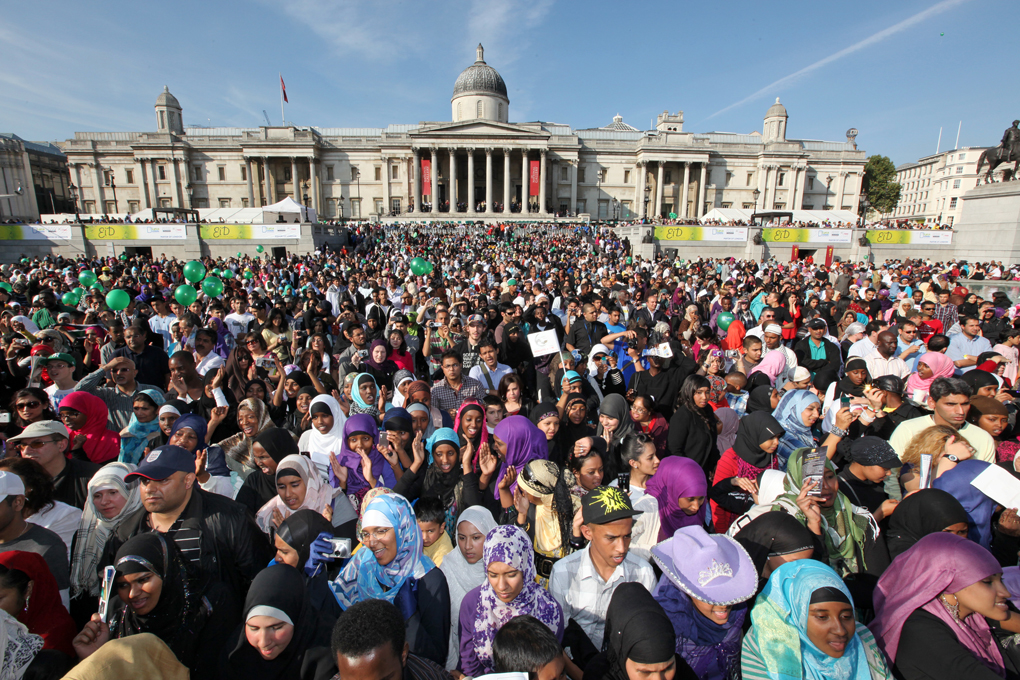 The Ensemble, which was established in 2007 during the commemoration of Mawlana Hazar Imam's Golden Jubilee, is made up of members of all ages, genres and levels of ability. “They have always risen to the occasion,” says Naseem Jivraj, one of the group's founders. “Since their debut performance in February 2008, they have performed at nearly ten different events reaching out to more than eleven thousand people.”

The setting and sense of occasion surrounding the Trafalgar Square event provided an ideal venue to showcase the Jamat's musical talent. The Ensemble delivered a powerful expression of their identity as British Ismaili Muslims.