About the Ismaili Centre, London 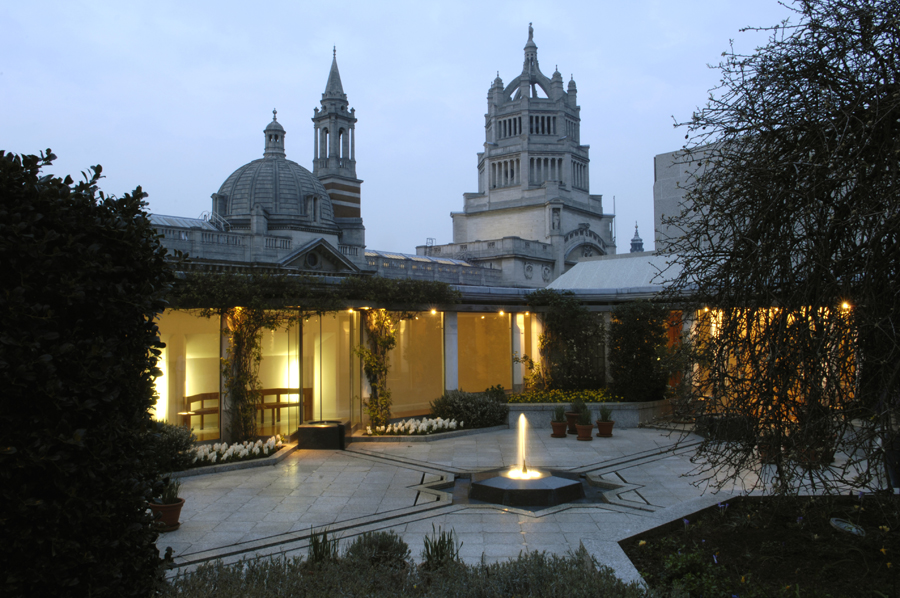 The Roof Garden by night showing the central fountain connected by radial channels to the four corner pools. Gary Otte

In 1951, a religious, cultural and social centre was established by the Ismaili community at Kensington Court, and in 1957 it was moved to Palace Gate in the Borough of Kensington. However, in order to meet the increased needs of the growing community, a majority of whom had settled in or around London, a site for a new centre was acquired on Cromwell Road.

Plans for this site, reflecting the Ismaili community's requirements for a place of worship as well as a place of gathering, were submitted in tender to the Greater London Council. Final allocation of the site was adjudged on the basis of appropriateness of use, quality of design and price tendered.

At a ceremony on 6 September 1979, Lord Soames, the then Lord President of the Council, laid the foundation stone of the Centre in the presence of His Highness the Aga Khan. Construction on the site began in July 1980, and the Ismaili Centre, London was opened by Prime Minister Margaret Thatcher on 24 April 1985 before the Aga Khan, government leaders, diplomats and leaders of the Ismaili community from around the world.