A major exhibition on the Safavid Emperor Shah Abbas I, whose rule of Persia spanned the 16th – 17th centuries is on at the British Museum in London. It provides a historical and cultural introduction to Persian culture and achievement, and situates it within the wider context of world events in the same period.

A major exhibition on the life and legacy of the Safavid Emperor Shah Abbas I, who ruled Persia from 1587 – 1629, is on at the British Museum in London until 14 June 2009. Coinciding with the thirtieth anniversary of the Iranian Revolution, Shah Abbas: The Remaking of Iran has attracted international attention and provides a historical and cultural introduction to Persian culture, the Safavid Empire and Twelver Shia doctrine and thought. It also situates Persian achievement within the larger context of events in Britain, Continental Europe and India in the same period.

In conjunction with the British Museum, The Institute of Ismaili Studies organised a three-day conference alongside the exhibition. People of the Prophet's House: Art, Architecture and Shi‘ism in the Islamic World gathered scholars from a diverse field of disciplines and historical periods working on aspects of Shi‘i Islam from Senegal and Syria to Morocco and Yemen.

The exhibition also benefits from two pieces loaned by the Aga Khan Trust for Culture from the Aga Khan Museum collection. One is a Safavid court letter from Shah Abbas to Charles I of England, and the second is a miniature depicting a religious gathering (sama) of Sufi men, with women and a child prominently featured attending and observing the ceremony. 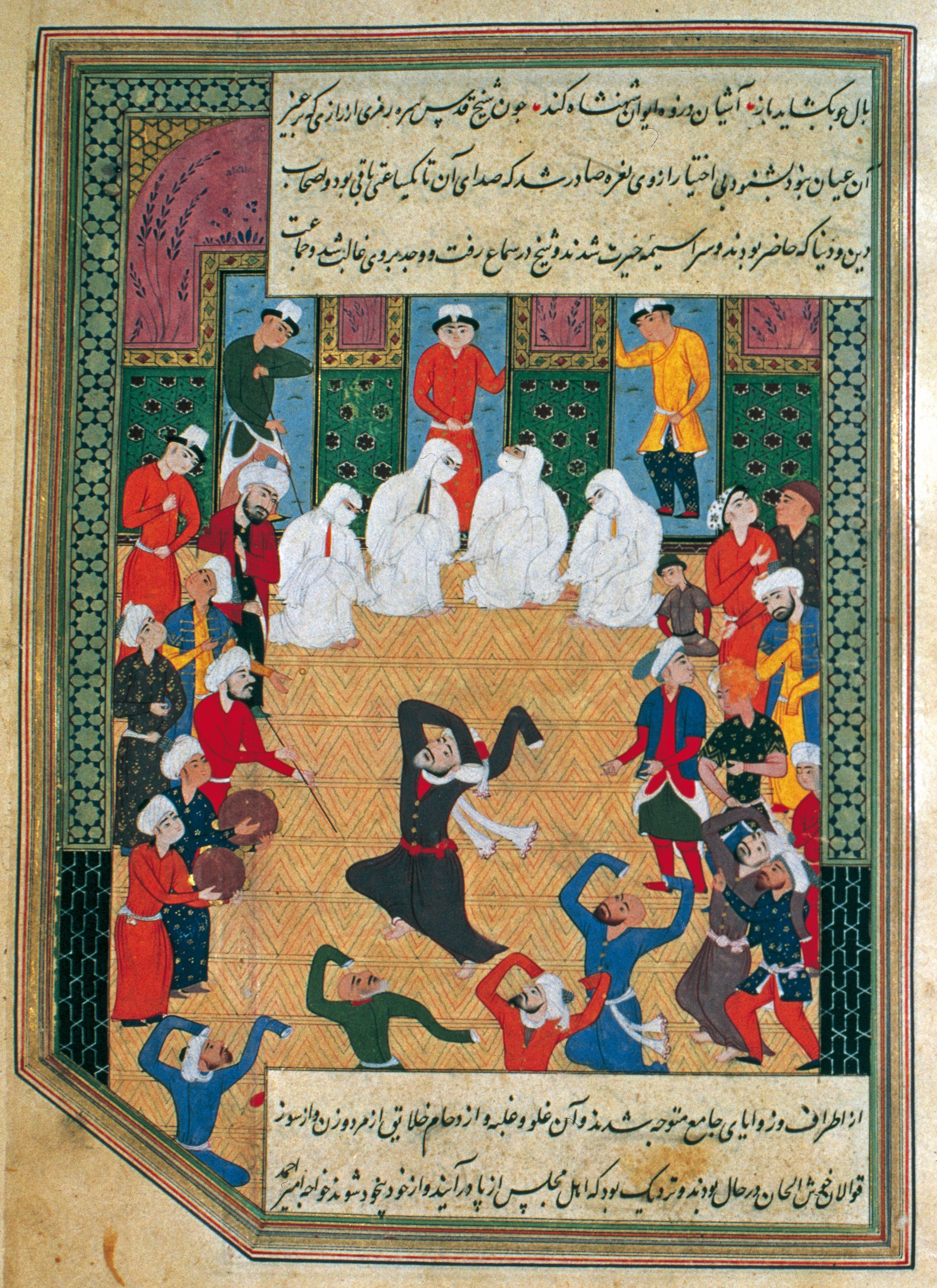 A watercolour painting in the Shirazi style (c. 1582) depicting Shaykh Safi dancing in a sama. It is notable that four women and a child are part of the circle, suggesting their initiation into the practices of the order. Aga Khan Trust for Culture / AKM00264

A formative figure in the creation of modern Iran, Shah Abbas was the fifth ruler of the Safavid Empire. During the time of his father and predecessor, Persia found itself in a period of political strife – tensions with the neighbouring Ottoman Empire and instances of tribal uprising within Persia's own borders were an increasingly worrying phenomenon.

Within two decades of his reign, Shah Abbas had managed to quell tensions and threats to the stability of the Empire. He bolstered the economy by increasing trade between Asia and Europe, which was particularly beneficial in difficult times. Shah Abbas had also forged a national identity for the country's diverse ethnic and tribal populations by establishing Shia Islam as the state religion, while remaining open to foreigners and tolerant to other faith communities.

The Ismaili community, which, by the time of Shah Abbas' rule, had been established in Persia for several centuries, appears to have maintained friendly relations with the Safavid Empire. The Ismaili Imamat was centred at Anjudan, notes Dr Farhad Daftary in The Ismailis: Their History and Doctrines (Second Edition), and the thirty-seventh Ismaili Imam, Hazrat Mawlana Dhul-Faqar Ali, was married to a Safavid princess, “possibly a sister of Shah Abbas I.” Furthermore, Dr Daftary has recovered an epigraph of a royal edict addressed to the Ismaili Imam, exempting the Shias of Anjudan from paying certain taxes. 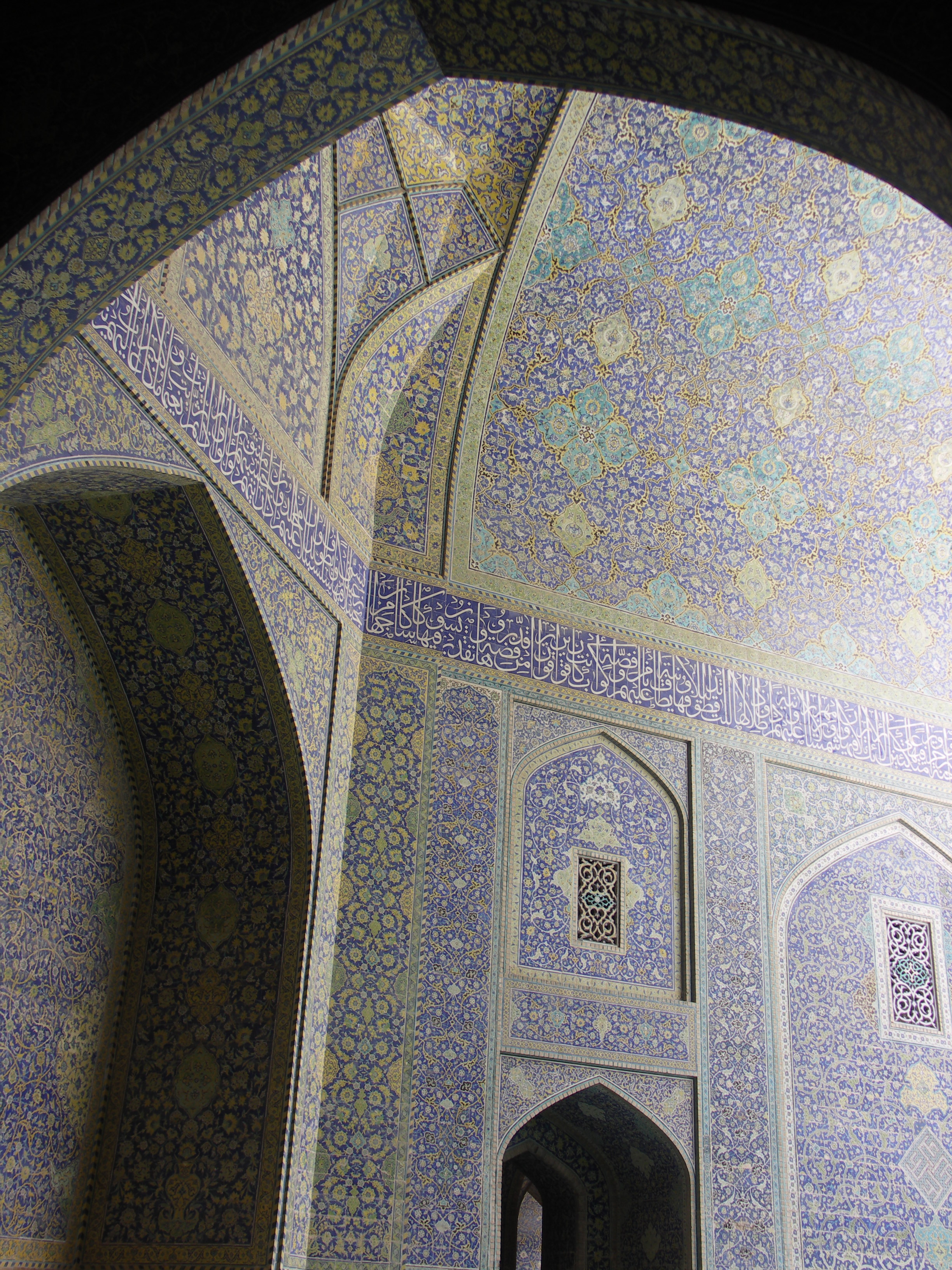 The exhibition navigates Shah Abbas' imprimatur on Iranian life and culture by focusing on a number of sites that he transformed and consolidated as symbols of state power. His most lasting legacy – in architectural terms – remains one of the most beautiful imperial cities in the world today: his new capital of Isfahan.

Established in 1598 as Persia's administrative centre, the city included a royal palace, a personal mosque named after Shah Abbas' spiritual advisor and father-in-law, Shaykh Lutfallah, as well as the new quarters for the Safavid elite and Armenian merchant class, which acted as the engine for Persia's international silk trade. The city also contained the site of the royal artists' workshop which reinvigorated and patronised such arts as calligraphy, miniature painting, embroidery, brass-work and carpet weaving.

Shah Abbas was also a patron of a number of shrines and mosques. By donating precious decorative objects including Chinese porcelains, mosque lamps and important manuscripts, as well as renovating and expanding the structures, the ruler increased the prominence and importance of these sites. A number of the shrines and objects feature prominently in the exhibition. 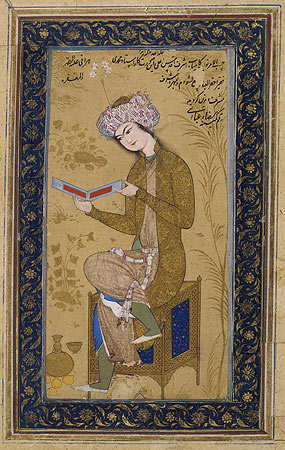 This painting, signed by Reza Abbasi, provides an insight into several aspects of art and society at the Safavid court in the 1620s. The young man reading embodies the fashion of the day. The Trustees of the British Museum

Shah Abbas is also linked to two of modern day Iran's most important sites for pilgrimage and religious education: Mashhad and Qum.

Iran's second largest metropolis, the city of Mashhad, is the capital of the Northern Khurasan province and is located close to the borders of Afghanistan and Turkmenistan. One of the most important pilgrimage centres for Shia Ithna Ashari Muslims, the city houses the tomb of the eighth Twelver Imam, Ali ibn Musa al-Rida. Today, it is the most visited Muslim religious site in the world, receving more than 12 million visitors each year. The expansive complex also contains a number of prominent mosques and an important library of Qur'an copies and scientific manuscripts.

The city of Qum, situated 157 kilometres southwest of Tehran, contains the tomb of Bibi Fatima bint Musa, the sister of Twelver Imam al-Rida, and is an important focus of Safavid female piety. By the 17th century, a number of important religious colleges and seminaries – which still operate today – were associated with the shrine making it a centre of pivotal importance for Twelver Shia scholarship in the world.

Despite the few surviving portraits of Shah Abbas, the exhibit does much to provide a glimpse into the character and lasting legacy of the Safavid Ruler. Through his patronage of architecture and the arts, his forging of a state religion and the stability he established throughout the Empire, Shah Abbas emerged as an important figure in the establishment of modern Iran – one who is worthy of study for understanding our own complicated times. 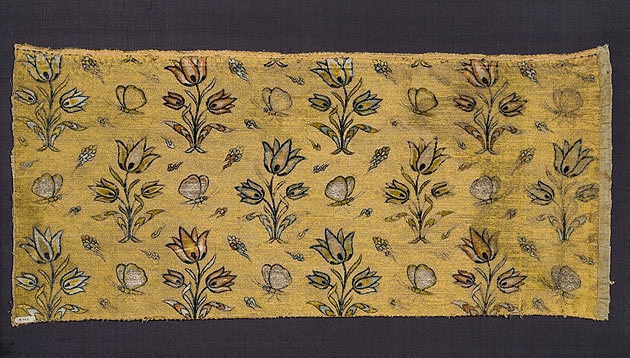 Voided silk-velvet textile fragment from Iran, dating from the first quarter of the 17th century. This fabric represents the type of luxury silks that were produced as a result of Shah Abbas' stimulus to trade with Europe. Staatliche Museen zu Berlin

Shah Abbas: The Remaking of Iran is an exhibition of the British Museum in partnership with the National Museum of Iran and the Iranian Cultural Heritage, Tourism and Handicrafts Organisation in association with the Iran Heritage Foundation. For more information on the exhibit, visit the official website.