A lens into the legacy of Royal Photographer Noor Ali Rashid

Born in 1929 in the port of Gwadar, Noor Ali Rashid was sent to Dubai by his father, who hoped to cure him of his interest in photography – a distraction from the family business. Instead, through the lens of his camera, Rashid bore witness to the unfolding of a new country. 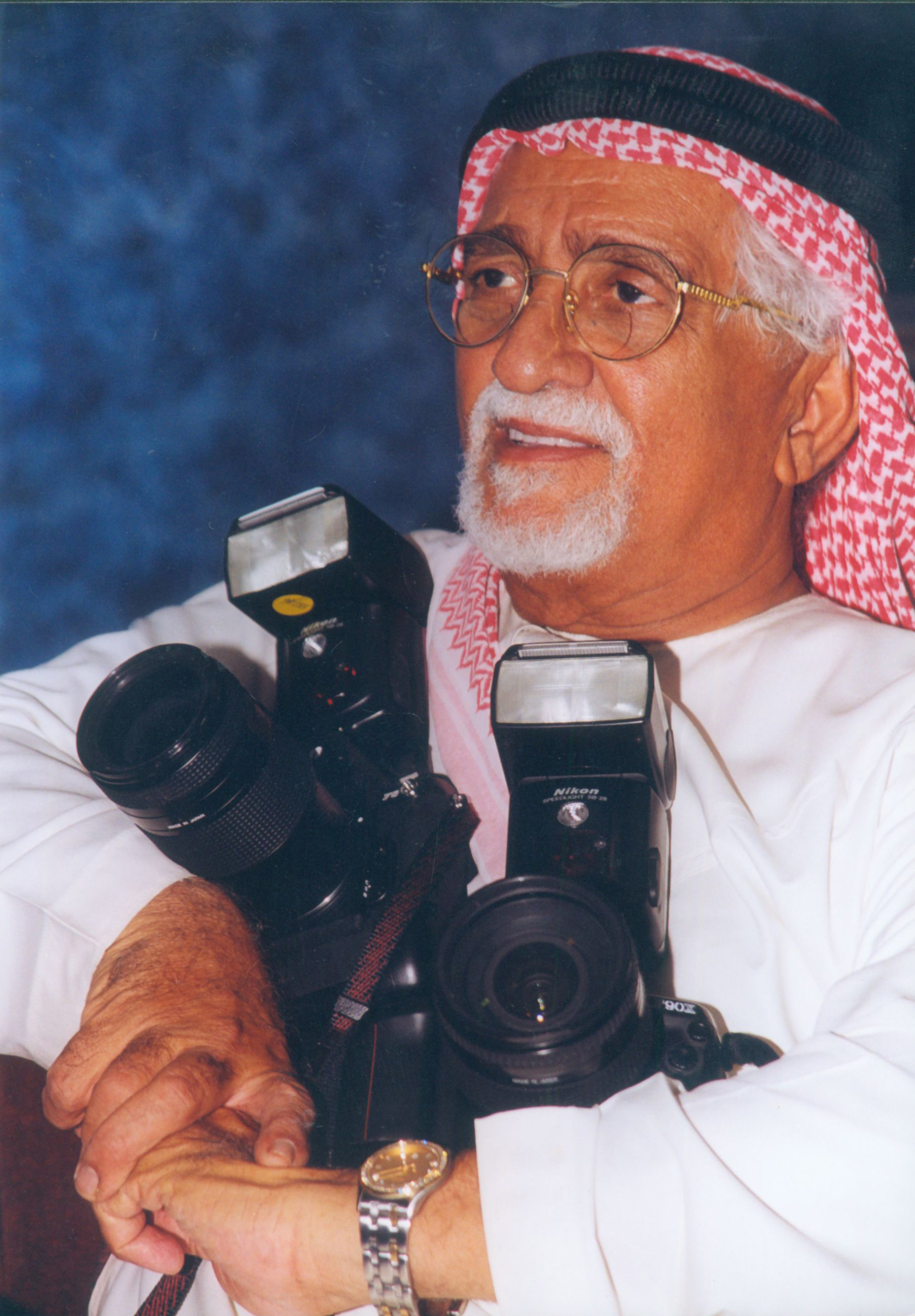 “Look at this one… that is Sheikh Zayed and me… and that one that is Nelson Mandela and me…and here – this is when they discovered oil.” Without my asking, Noor Ali Rashid, dressed in a crisp white dishdasha with his gold thin framed glasses, had opened his wallet and began showing me the photographs.

Although the photographs' edges were worn, the memories danced vividly in his eyes. His voice is strong and his hands are steady when he points out who is who. Five decades in the United Arab Emirates have not diminished the passion for photography that Noor Ali Rashid brought with him as a young boy from Baluchistan (in present-day Pakistan).

Born in 1929 in the port of Gwadar, Rashid was sent to Dubai as a punishment. He was not interested in the family business – declaring his passion for photography. His father thought that the barren desert land and slower pace of Dubai would compel his son to focus on business.

But Rashid took his camera with him. He opened a store in Bur Dubai – it eventually closed. His camera lens however, remained decisively open.

Aerial view of the old Bastakiya district of Dubai, where the Office of the Ruler of Dubai used to be. Noor Ali Rashid

In 1958, shortly after Rashid moved to Dubai, the Ruler of the emirate, Sheikh Saeed bin Maktoum Al Maktoum, passed away. Rashid, along with hundreds of others attended the funeral. But he had brought his camera and began taking pictures of the royal family. When the British official proclaimed Sheikh Rashid bin Saeed Al Maktoum as Dubai's new ruler, Noor Ali Rashid was there, clicking away at his camera, and starting what would become the UAE's rarest collection of photographs of the royal family and the culture, people and landscapes of Dubai.

Rashid presented his photographs of the funeral and accession ceremony to Dubai's new ruler, opening the way to countless invitations and assignments from the emirate's high society and the royal family. He would go on to be the photographer of choice at ceremonies, dinners, weddings and government events.

A chance meeting in Dubai brought Rashid together with Sheikh Zayed bin Sultan Al Nahyan, the then Ruler's Representative in the Eastern Region of Abu Dhabi and governor of Al Ain, who would later become the president of the UAE. They began what would become a lifelong friendship. 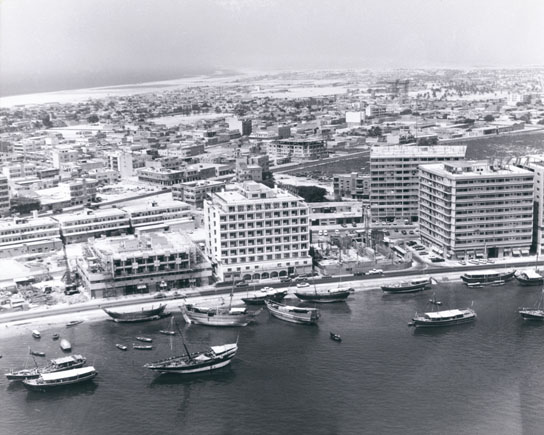 This is an early image of the Carlton Tower, opened in 1977 as Dubai`s first five-star hotel. Surrounding the hotel are the first few multiple storey buildings in Bur Deira. Noor Ali Rashid

Sheikh Zayed invited Rashid to Abu Dhabi, and when he arrived – camera in hand – he took pictures of the Sheikh, other members of the ruling family and their friends. Soon Sheikh Zayed began inviting Rashid on international trips for government meetings and to family holidays.

A bond of mutual understanding developed between the two men, built on trust, respect and loyalty to the UAE. It was Sheikh Zayed who named Rashid Royal Photographer, and he would become the official photographer of the Al Nahyan family and the ruling families of the seven emirates.

As the United Arab Emirates developed, so too did thousands of rolls of film. Fishing towns gave way to high-rise buildings. Seminal events such as the discovery of oil, the construction of the Maktoum Bridge, the erection of the Clock Tower and important moments in the lives of members of the royal family were all captured by Rashid. Hundreds of boxes of his photographs bear witness to the unfolding of the country's rich history.

“Just like in Saudi Arabia and Kuwait, I knew that when oil would be discovered it would change the UAE and affect their culture,” recounts Rashid. “I was not wrong in my prediction… less than a decade later they found oil in Abu Dhabi. It brought prosperity to the people of the nation.” Rashid could see the value of his photographs; he knew that they would be “important assets and records of history.”

According to the Gulf News, an English language daily published in Dubai, “Rashid has secured his place as a national treasure.” He has become an inspiring figure to photography enthusiasts in the UAE, where Zayed University named a photography award after him. The newspaper reports that during his career, he garnered “83 plaques and trophies, including the title of Photographer of the Millennium” – a testimony to his passion and photographic skill.

“Each subject is important and has a different identity,” says Rashid. “I use my eyes like the wide-angle lens of a camera and see the moment and capture it.”

As I ended my interview with Noor Ali Rashid, I asked him what made him show up on that fateful day in 1958 without an official assignment. Everyone was going, he said, simply, and he went too – with his camera in hand.