Thomas Woltz of Nelson Byrd Woltz Landscape Architects visited Islamic gardens in Egypt and India and saw how they were valued beyond their aesthetics — functioning as catalysts for economic, social and cultural change. How, he wondered, might an Islamic garden for the 21st century embrace Edmonton’s northern landscape year-round, while making a similarly positive impact?

One might think it unlikely to find a Mughal-inspired garden north of the 53rd parallel, especially in a city known as Canada’s “Gateway to the North”. But that will soon change.

The newly revealed Aga Khan Garden in Edmonton is to be the northernmost Islamic garden in the world. Announced as a gift by Mawlana Hazar Imam during his address at a University of Alberta convocation in June 2009, it is to be situated within the university’s Botanic Garden.

The project’s development is being led by the Aga Khan Trust for Culture within a collaborative framework established by a memorandum of understanding between the University of Alberta and the Aga Khan University. Nelson Byrd Woltz Landscape Architects (NBW) an award-winning firm based in Charlottesville, Virginia was commissioned in 2010 to develop plans for the 4.8-hectare parcel of land.

Thomas Woltz launches every project that he undertakes at NBW with immersive research. Although he was familiar with the work of the Aga Khan Trust for Culture, he had never before designed an “Islamic” garden.

The distance from Charlottesville to Edmonton is 3,800 kilometres, but the journey that Woltz undertook was much longer. At Mawlana Hazar Imam’s insistence, he visited al-Azhar Park in Cairo, the historic Mughal gardens of the Taj Mahal in Agra and at Fatehpur Sikri, as well as Humayun’s Tomb and Sundar Nursery — restoration projects completed by the Trust for Culture in Delhi.

Woltz said he was “struck by the value His Highness placed on research to inform the design, and his understanding of the design process as a necessary and meaningful contribution to a greater body of research.”

In visiting AKTC projects in Egypt and India, it became apparent to him that “the Trust’s commitment to the value of public space, gardens and landscape, and their role in cultural dialogue meant this garden [in Edmonton] was a significant opportunity to contribute to a global understanding of the historic tradition of Islamic gardens.”

With the vast Alberta prairie to its south and the resource-rich boreal plains to its north, the city of Edmonton is surrounded by aspen parkland and has grown around the North Saskatchewan River valley. The University of Alberta Botanic Garden is located southwest of the city and encompasses 97 hectares of ornamental and research gardens, including the Kurimoto Japanese Garden, which is adjacent to the location of the future Aga Khan Garden.

While walking on the site in 2012, Hazar Imam observed that its naturally occurring geophysical features created a sense of privacy and intimacy. He noted that the heavily forested site, with well grown trees and few clear natural boundaries, could be a backdrop for landscaped areas of a “modernised” Mughal garden.

The NBW team consulted academic research on Islamic gardens from professors at the Aga Khan Program for Islamic Architecture at Harvard University and the Massachusetts Institute of Technology, among others. (In return, NBW would contribute their own design research to this growing body, for future green space development.)

Woltz had seen how Aga Khan Trust for Culture green spaces were valued beyond their aesthetics, functioning as catalysts for positive economic, social and cultural change, and as reminders of heritage. How, he wondered, might a contemporary Islamic garden for the 21st century embrace Edmonton’s northern landscape year-round, while catalysing positive change?

In the axial ‘four-part’ form of the Mughal chahar-bagh gardens, Woltz had observed an undeniably powerful force of geometry, as well as the tools of stewardship and care that they incorporated. These, colourful, fruit-bearing gardens were irrigated by a carefully channelled modulation of water to contend with the hot and arid surroundings.

But the situation in Edmonton was the opposite. While summer temperatures in the city can exceed 30 degrees Celsius, they fall below -20 Celsius in the winter. Dryness was not a problem — rather, an active wetland on the site, which includes Calla Pond, made it necessary to manage excess water.

Taking cues from the site’s geometry and context, Woltz noticed the possibility of adapting irrigation mechanisms he had seen in the Mughal gardens to tame the flow. Calla Pond became a natural reservoir, collecting water from the perpendicular axial channels of the chahar-bagh in the Garden’s central court.

Visitors entering the garden at its highest point will enjoy long views of the garden along its main axis, and will be able to follow the path of water into Calla Pond. Down a trail, amidst a “woodland bagh” of aspen and spruce, a muted ellipse of water will capture the Albertan sky.

To Woltz however, the Aga Khan Garden is more than a horticultural delight; it is a productive ecological process that can actively contribute to the Alberta landscape. Its abundant native plantings will provide a seed bank for the regeneration of native plants to help remediate wetlands affected by the development of Alberta’s oil sands — a major threat to the local ecology of the 21st century.

For the team at NBW, the entire project has been a valuable learning experience. As part of the process, they created a visual vocabulary of past Islamic gardens through miniature paintings, literature, poetry and other mediums.

“We were intrigued by the historical references and grateful for the opportunity to deepen our knowledge of Islamic landscapes and traditions,” says project manager Breck Gastinger. “The design process allowed us to use our experience and expertise to relate prevalent aspects of geometry, place, water, and horticulture to inform the garden’s design.”

When completed in 2018, the Aga Khan Garden will have drawn a link across geography, time and civilisations, connecting the 21st century northern Alberta landscape with the faraway gardens of 16th and 17th century Mughal India, as well as other green projects of the Aga Khan Trust for Culture in Canada and around the world.

Distant connections indeed, but for visitors to the Aga Khan Garden, those faraway places and cultures may feel a little bit closer. 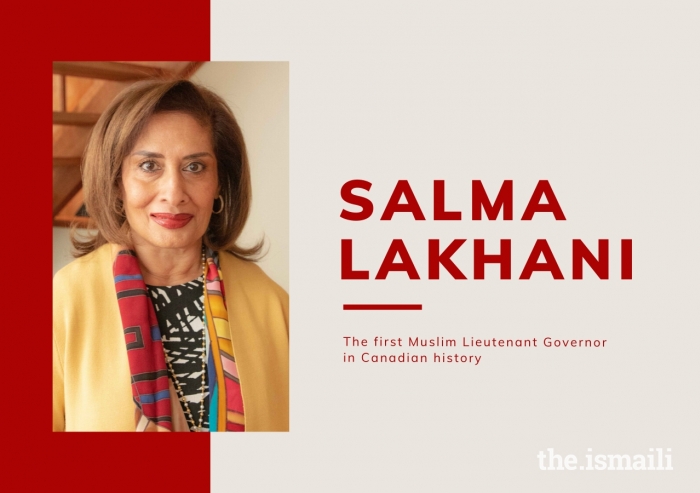 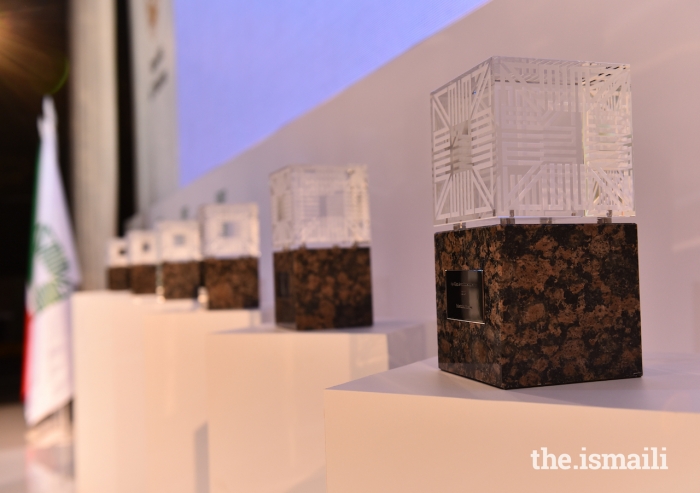 From Calgary to Kazan: An architect's journey