Jubilee Arts, which celebrates our community’s diverse cultures and talents, culminated at the IAF during the Diamond Jubilee Celebration in Lisbon, Portugal this time last year. Along with performing in front of the global Jamat, the artists also had an opportunity to attend various networking events, panel discussions and workshops especially for young artists, for them to learn and improve their skills. 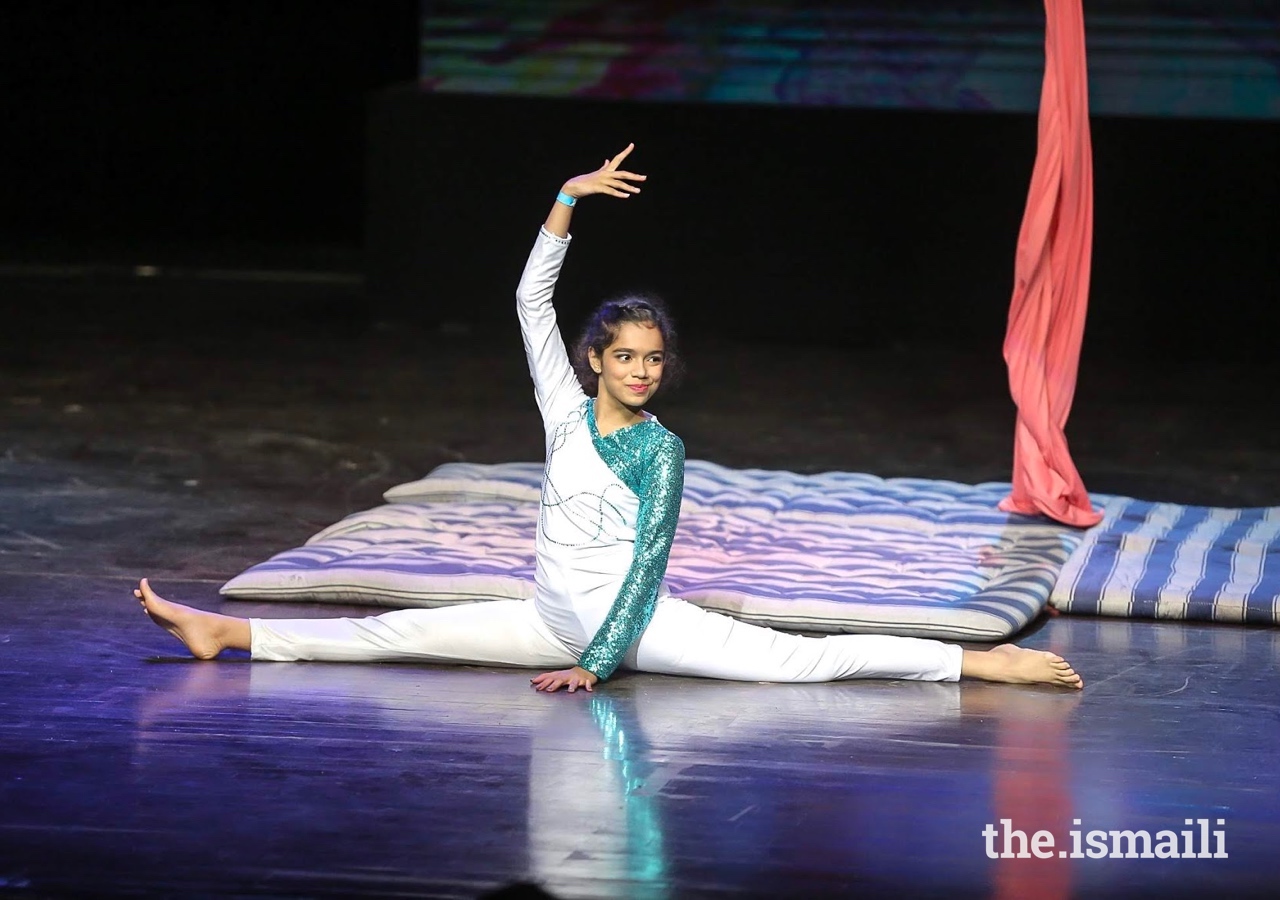 Sarah’s talent lies dance, which she performs regularly on stage.


“Lisbon was just amazing,” said 16-year-old International Talent Showcase participant Sarah Noorani. “It was really touching to get so much encouragement and love from the entire Jamat.”

Sarah’s talent lies in aerial silk, a form of dance in which the artist performs acrobatics while hanging in the air from a piece of fabric. Her unique talent has enabled her to perform at numerous events across India, including All India Ismaili Scouts and Guides Camps (Carnival and Isgree), 'The Wooden Stage' and 'Electra', where national celebrities from India’s Got Talent and Dance India Dance performed alongside her.

In the future, Sarah hopes to take her performance to the next level by learning the ring and trapeze. Jubilee Arts, she said, will be an experience that she will carry with her for a lifetime.

“The best part of the Talent Showcase was when the 9,000 people in the stadium gave me a standing ovation. That was truly the cherry on top.” 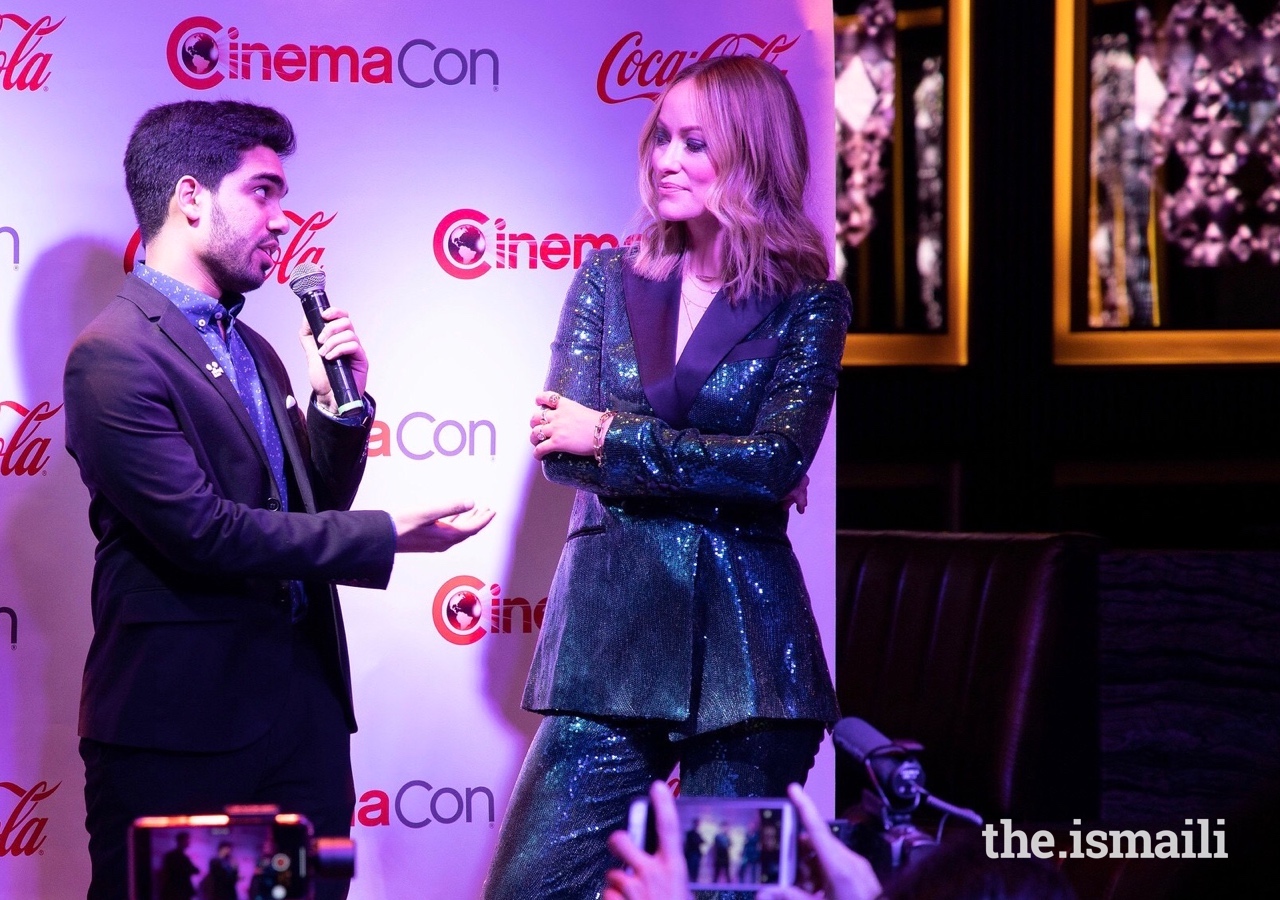 Shayain interviews the actress Olivia Wilde at the Cinemacon event in Nevada.

“It was surreal to see so many people watching my film in Lisbon,” said 21-year-old International Film Festival participant Shayain Lakhani.

His submission, The Senator, explores the history of racial segregation in the United States. Along with meeting with and learning from fellow Ismaili filmmakers, Shayain also had the opportunity to meet Bollywood actors and actresses and attend various classes while at the International Film Festival in Lisbon.

“It was really cool to see that many Ismailis already have a foot in the film industry,” he said.

Shayain and his team recently won the Coca-Cola Regal Films competition, an exclusive event that gives university students the opportunity to enter a script for a 30-second feature introduction film to be evaluated by a panel of qualified judges.

The International Film Festival featured short films that expressed filmmakers’ ideas through narrative, documentary, experimental, animation, and other forms of visual storytelling. The IFF provided an opportunity to experience unique stories through film.

In the future, Shayain hopes to collaborate on a project with some of the artists he met through Jubilee Arts. The young filmmaker is currently attending the Savannah College of Art and Design, and aspires to continue working in the industry after graduation. 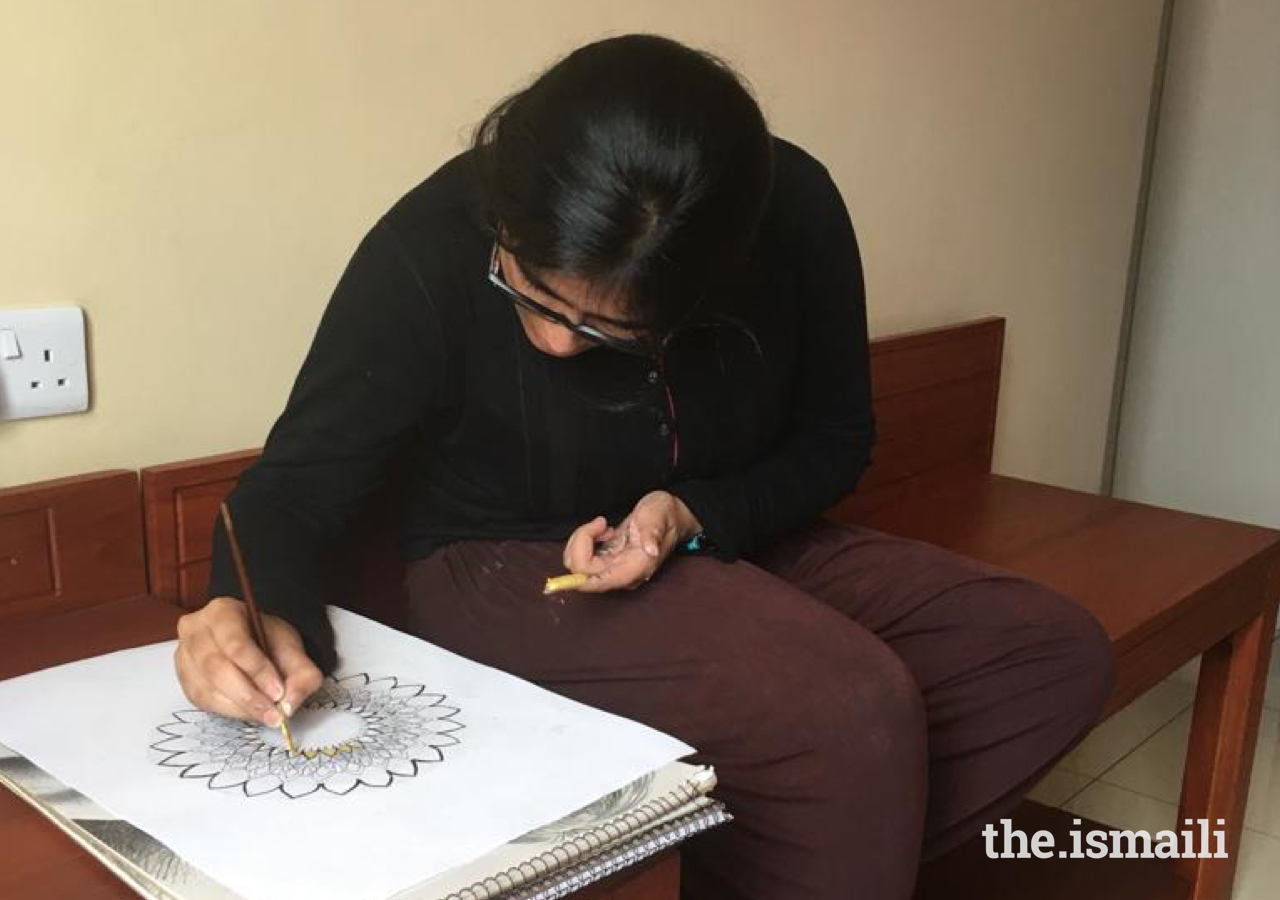 Sara’s art takes on a wide range of forms from sketches to acrylic paintings.

“I would never have imagined my work being seen by thousands of people,” said 16-year-old International Art Gallery participant Sara Janmohamed. “I was overjoyed!”

Along with being able to showcase her work, Sara also had the opportunity to meet and engage with other artists from all over the world. Back home in Tanzania, Sara sells her artwork to raise funds for the local community in Iringa and was recently commissioned to paint one of her designs on a classroom wall in her school.

Sara’s art takes on a wide range of forms from sketches to acrylic paintings. For her Jubilee Arts submission, she decided to create a mandala — a geometric figure of spiritual significance — to showcase her devotion.

“An artist I look up to would be Zai Hafiz, who also creates mandalas,” she explained. Sara looks up to Hafiz because of the way she was able to use artistry to ease symptoms of anxiety as well as incorporating her South Asian heritage to form very intricate pieces.

Seeing art as a way to relieve stress and express one’s creativity, Sara is currently planning to organise drawing classes and create adult colouring books to help more people engage with the arts.