Dressed in their best Khushiali outfits, the Dar es Salaam Jamat seniors gathered at Jubilee Towers for a celebratory lunch in anticipation of Mawlana Hazar Imam’s visit to Tanzania.

The Ismaili Leaders’ International Forum announced the confirmation of Mawlana Hazar Imam’s visit in late-September, at the official invitation of the Governments of Uganda and Tanzania, that he will visit both countries in October.

President and Vice President of the National Council for Tanzania, Amin Lakhani and Kamal Khimji, and Mukhisaheb Imtiaz Haji were the guests of honour for the luncheon, accompanied by the Chairman for Social Welfare Board and committee board members.  President Lakhani addressed the seniors during the gathering about the upcoming visit and encouraged them to prepare themselves for the momentous visit.

Some of the seniors expressed their happiness and eagerness for the visit as they enjoyed the lunch along with live music. Gulzar Shariff felt nostalgic as she recalled the Diamond Jubilee of Sultan Mohammed Shah with her family when she was a young girl.

She said, “We came from Zanzibar on the ship [to Dar es Salaam] and we went straight to Upanga Khane, where there were separate tents for men and women. That’s where the showcase [Taqt-Nasheen] took place."

The event was part of a larger celebration for Mawlana Hazar Imam’s Diamond Jubilee year as the 49th hereditary Imam of the world’s Shia Ismaili Muslims with the theme of “One Jamat” in mind. 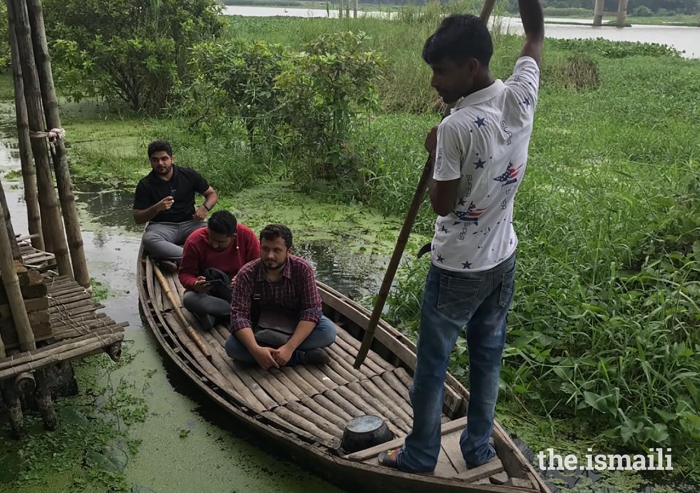