North American Ismailis celebrated Eid al-Adha by building bridges of understanding among the communities in which they live. In turn, they learnt more about the beliefs and celebrations of their neighbours.

“The shared destiny of the ethos of the Abrahamic tradition that unites Christians, Jews and Muslims is governed by the duty of loving care to help nurture each life that is born to its God-given potential.”
– Mawlana Hazar Imam at a banquet hosted in honour of Texas Governor Rick Perry, Houston, 23 June 2002

This year, together with others in the Muslim Ummah, Ismailis across North America celebrated Eid al-Adha – the festival of sacrifice – with an emphasis on the importance of fostering harmony and understanding in the broader communities in which we live. 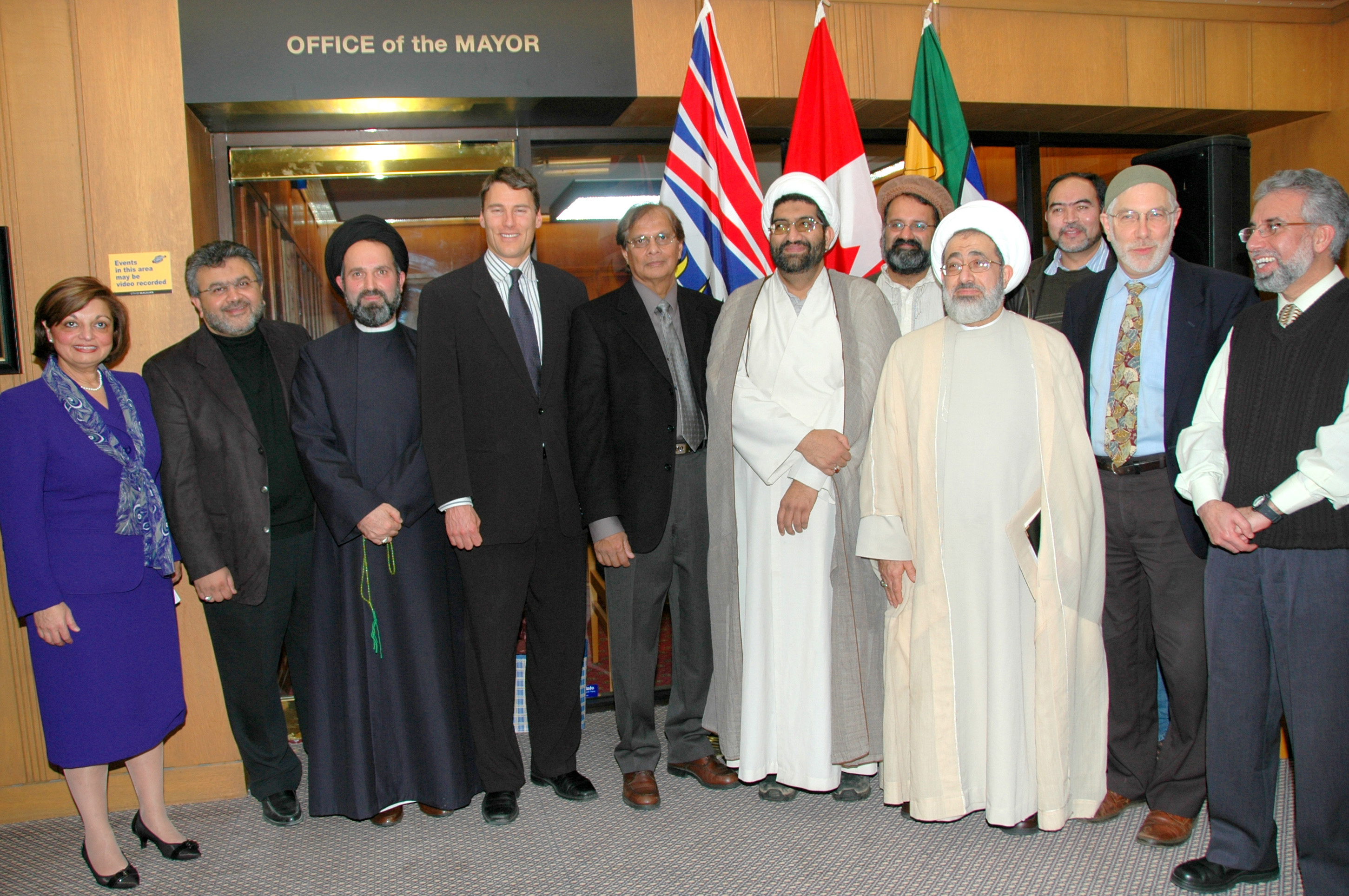 In Vancouver, the Ismaili Muslim community, the Muslim Canadian Federation, and the Shia Ithna'Ashari Muslim community of British Columbia came together on the 1st of December 2009 at City Hall to celebrate values shared across the Muslim and Judeo-Christian traditions.

In her opening remarks, Samira Alibhai, President of the Ismaili Council for British Columbia, called the occasion “a remarkable opportunity for us to reaffirm our commitment to building a stronger community together.” The significance of Eid al-Adha was discussed by President Akber Mithani of the Az-Zahraa Islamic Centre, while Mayor Gregor Robertson described Vancouver as a pluralistic city that “prides itself on the strength and diversity of its different communities.”

Mayor Robertson also extended Eid greetings to all Muslims on behalf of the people of Vancouver. Shawkat Hassan from the British Columbia Muslim Association thanked the Mayor for his address and expressed appreciation for hosting the festival of Eid al-Adha.

The next day, the Alberta Legislative Assembly's annual celebration of Eid took place in Edmonton. In recent years, the celebration has included members of the Ummah as well as the community at large. This year's event was hosted by The Speaker of the Legislative Assembly, the Honourable Ken Kowalski and was attended by Alberta Premier Ed Stelmach, Liberal leader and the Leader of the Official Opposition Dr David Swann, New Democratic Party Leader Brian Mason, MLA for Calgary East Moe Amery, the Chair of the Edmonton Council of Muslim Communities Masood Peracha, and President Ayaz Bhanji of the Ismaili Council for Edmonton. 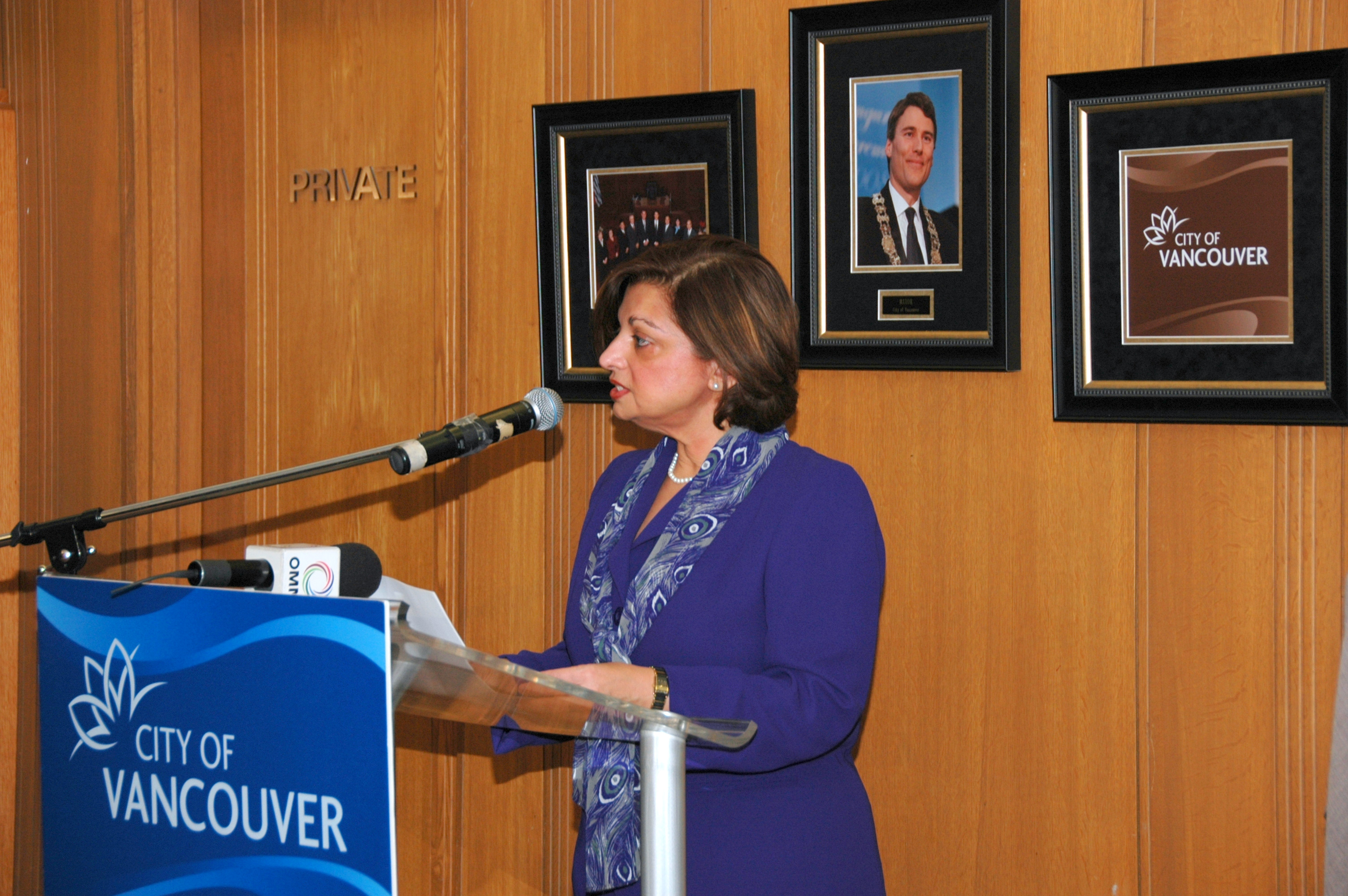 This year, Eid came at a time of acute economic difficulty for many people. On behalf of the Alberta Muslim community, the Ismaili Council for Edmonton and the Edmonton Council of Muslim Communities presented a check of CAD $8 000 together with some 7 000 cans of food to Marjorie Bencz, the Executive Director of the Edmonton Food Bank. The food bank provides over 250 000 meals and snacks each month to underprivileged families in Edmonton.

In Calgary, members of the Muslim, Jewish and Christian faiths gathered at the City Hall for their fifth annual celebration of Eid al-Adha on 3 December. Mohamud Zaver, President of the Ismaili Council for the Prairies, greeted attendees and spoke of how the Abrahamic legacy links the monotheistic faiths and traditions. Calgary Mayor Dave Bronconnier emphasised the importance of celebrating different cultures and cited global pluralism as one of Canada's strongest values, while faith representatives Rabbi Howard Voss-Altman, Anna Tremblay, and Almoonir Dewji each shared their perspectives on the importance of inter-faith discussion and cultural celebration.

In Atlanta, Georgia, a family day event titled “A World of Holidays” was hosted by the High Museum of Art on 13 December 2009. The event provided a unique opportunity for attendees to learn about Eid al-Adha while also exploring Christmas, Hanukkah and other religious holidays celebrated this winter.

The Ismaili Council for the Southeastern United States worked with the High Museum over the past year to develop activities that would highlight and cultivate an understanding of the Islamic tradition. Participants came together to make Eid cards that illustrated the importance of geometry in Islamic art and architecture. While geometric ornamentation may have reached a pinnacle in the Muslim world, it pre-existed Islam in many areas of the Middle East. The patterns are themselves an example of the ways in which the three monotheistic traditions learnt from each other during the Middle Ages. 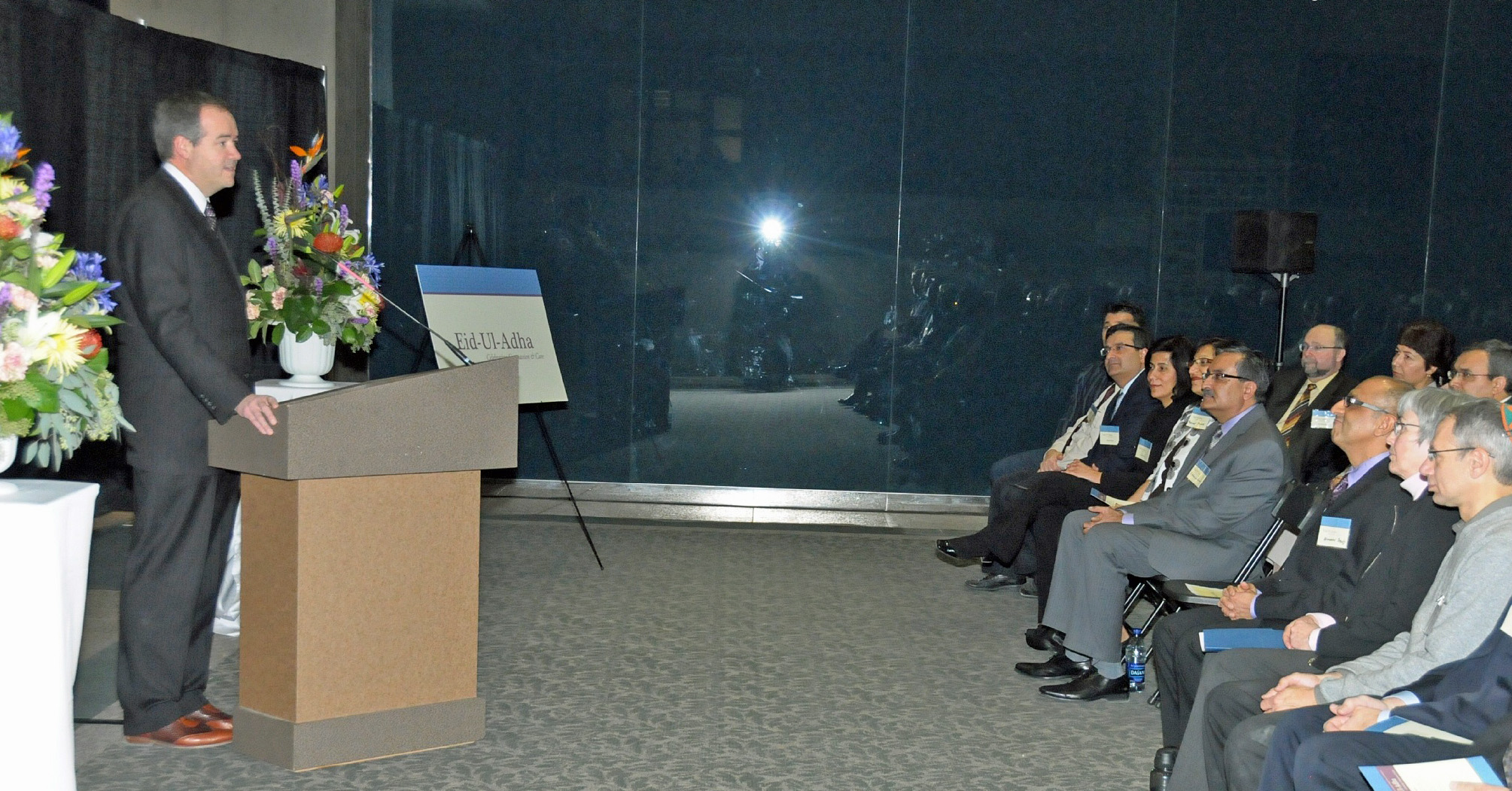 The celebration of Eid-al-Adha across North America this year was an opportunity to enhance the understanding of an important Islamic tradition in the broader community. Together with others in the Muslim Ummah, Ismailis reached out to other faith communities in a spirit of sharing and charity, and in return, also learnt a little bit more about their beliefs and traditions.