Karen Armstrong speaks at the Ismaili Centre, Burnaby during her 12 Days of Compassion tour

Prominent religious historian and well-known author, Karen Armstrong, was the keynote speaker at the Ismaili Centre, Burnaby on 25 March 2012, where she delivered a lecture on Prophet Muhammad (peace be upon him and his family) and the relevance of his life to our present time. The visit was part of Armstrong’s “12 Days of Compassion” tour of Greater Vancouver.

“But above all, we can learn from Muhammad how to make peace. His whole career shows that the first priority must be to extirpate greed, hatred and contempt from our own hearts and to reform our own society. Only then is it possible to build a safe, stable world, where people can live together in harmony, and respect each other's differences.”
– Karen Armstrong, Muhammad: A Biography of the Prophet

Prominent religious historian and well-known author, Karen Armstrong, was the keynote speaker at the Ismaili Centre, Burnaby on 25 March 2012, where she delivered a lecture on Prophet Muhammad (peace be upon him and his family), the relevance of his life to our present time, and Islamophobia – a clash of ignorance. The visit was part of Armstrong's “12 Days of Compassion” tour of Greater Vancouver, during which she was awarded Simon Fraser University's Jack P. Blaney Award for Dialogue in celebration of her innovative contributions to tolerance, understanding and compassion globally.

A recipient of the 2008 TED Prize, Armstrong was entitled to a wish that would be supported by the TED organisation. She articulated a shared religious vision founded on common values: “I wish that you would help with the creation, launch and propagation of a Charter for Compassion, crafted by a group of leading inspirational thinkers from the three Abrahamic traditions of Judaism, Christianity and Islam and based on the fundamental principles of universal justice and respect.”

Lectures at Ismaili Centres around the world encourage mutual exchange and understanding between diverse peoples, communities and faiths. Renowned for her commentary on religious affairs, Armstrong's message was consistent with the pressing call for more wide-spread education about Islam to countervail false stereotypes popularised by the media.

Karen Armstrong speaks about Prophet Muhammad (peace be upon him and his family) and the relevance of his life to our present time at the Ismaili Centre, Burnaby on 25 March 2012. Sultan Baloo

“The media bears a heavy responsibility,” said Armstrong, who went on to criticise mainstream media that seek out conflict in every story. In a tragically war-afflicted world, where the actions of a few ill-intending individuals are taken to represent the peace-abiding majority, more needs to be said about the good work that communities are doing to foster an ethos of care, compassion, and concern for humanity.

“People should be hearing about what is going on in Pakistan leading the work in compassion,” she noted, explaining how learning modules on compassion are being introduced in the secondary curriculum.

Ismaili Council for Canada Vice-President Malik Talib welcomed the audience, which included representatives from government, the diplomatic corps, the judiciary, academia, civil society leaders, leaders from other faith groups and the Ummah. He expressed gratitude to Armstrong for accepting the invitation to speak, and acknowledged the leadership of the Wosk Centre for Dialogue at SFU in organising Armstrong's visit to Vancouver.

“The presentation and dialogue today continues a long-standing tradition within Islam of bringing people together to share knowledge and wisdom,” he said, pointing out the role played by Ismaili Centres as bridges of friendship and understanding among diverse peoples and communities. 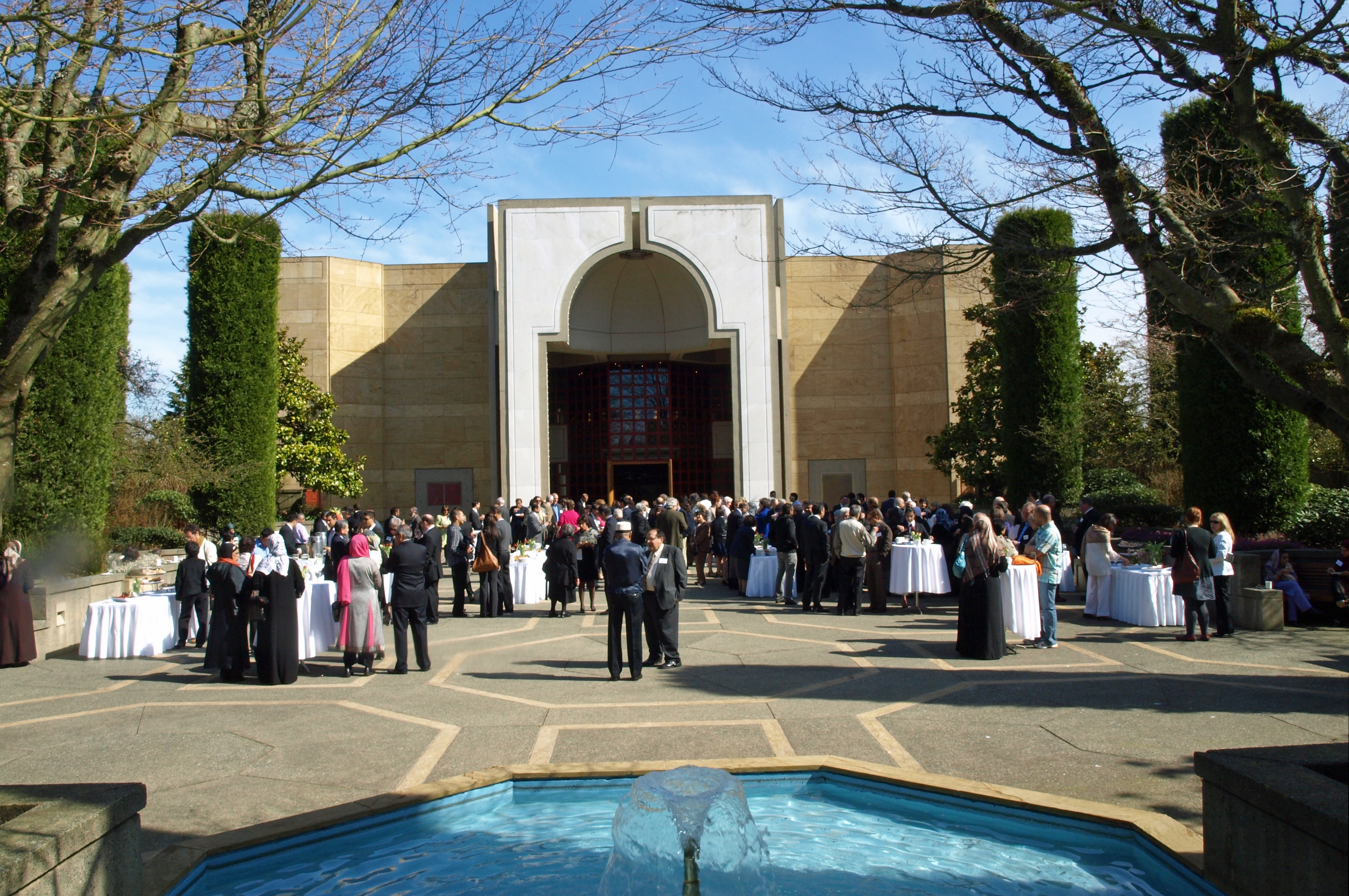 Guests gathered at the Ismaili Centre, Burnaby for Karen Armstrong's lecture, which was part of her “12 Days of Compassion” tour of Greater Vancouver. Hakam Bhaloo

Armstrong made an impassioned appeal for creativity in applying the principles and values from the Prophet's life in our modern contexts. “Every religion has significant and important differences,” said Armstrong. “Each one has its genius and we can learn from one another and we can be brothers.”

“Take a lead from this wonderful centre of dialogue,” she said of the Ismaili Centre, “which reveals the Mi'raj everywhere you look, to radiate peace.”

In her vote of thanks, Samira Alibhai, President of the Ismaili Council for British Columbia remarked that Armstrong's lecture “has helped us contextualise the role of Prophet Muhammad (peace be upon him and his family) in the world we live in today, and how to apply the principles exhibited by the Prophet to our own lives.”