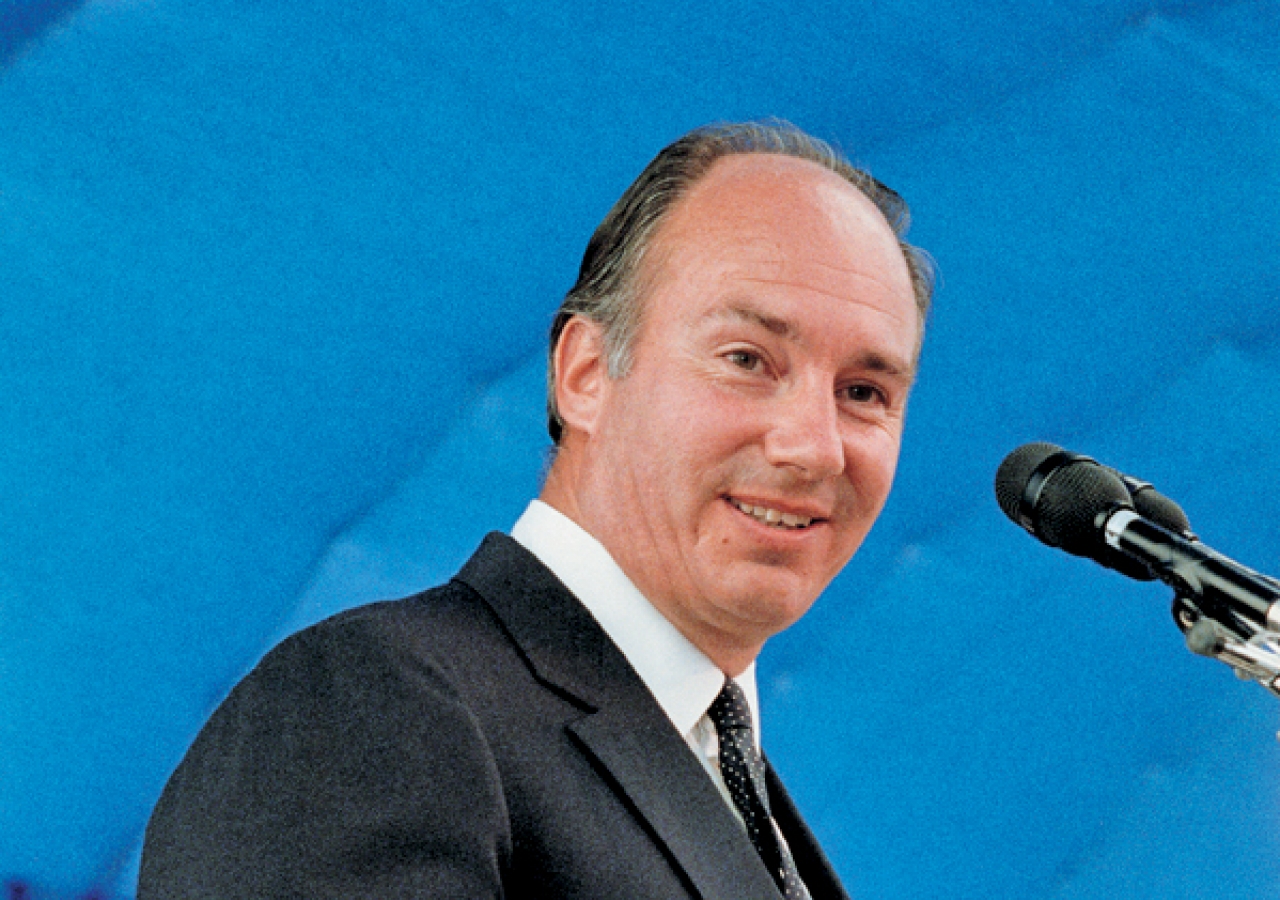 Speech by Mawlana Hazar Imam at the Foundation Ceremony of the Ismaili Centre, Burnaby

Speech by Mawlana Hazar Imam at the Foundation Ceremony of the Ismaili Centre, Burnaby, on Monday, 26 July 1982.

Today is a particularly significant and, indeed, happy occasion for the Ismaili community in Canada and for my wife and for me.

I am most grateful to Your Excellency, the Lieutenant Governor, for honouring us with your presence and for performing the Foundation Ceremony of the Burnaby Jamatkhana.

Your presence, Your Excellency, and the presence of so many other distinguished guests underlines the understanding and cooperation that has been so generously extended to my community. It is a demonstration of the tradition of religious tolerance and the right of freedom of worship which are both allowed such eloquent expression in Canadian society.

Islam is all encompassing in the direction which it gives to man's life. It is perhaps this very concept that the West, more familiar with the Augustinian Christian principle which separates the spiritual and material, finds difficult fully to understand and appreciate. I say this not in any spirit of judgement but rather in clarification.

It is right and appropriate that the Imamat should be concerned as indeed it is, with many aspects of the life of the Ismaili community.

I succeeded my grandfather to the office of Imam in 1957, and just two weeks ago on the 11th of July, I entered the 25th year of my Imamat.

During the Jubilee year many new projects will be launched, which will impact the material quality of the life of Ismailis and indeed of many others, in the fields of health, education, housing and rural development, particularly in the Third World.

Why then should today's simple ceremony on the periphery of Vancouver, in Western Canada, be so significant to so many members of my community and to me? In the past 24 years, many hundreds of Ismaili Jamatkhanas have been built around the world. I have only very rarely attended the foundation ceremony of a Jamatkhana, and I have never travelled so far to do so.

But this is the first project to be launched during this Jubilee year and it is very important that it is a place of worship.

Burnaby also has a particular significance since it was here, as has already been mentioned, that the first congregation of my community was established in Canada.

The significance of this ceremony is further enhanced by the fact that this is the first Jamatkhana to be built in North America – in Canada, a country of the New World which has extended the hand of friendship to countless peoples from all over the world, including Ismailis, welcoming them when turmoil, racialism, bigotry or envy were destroying their lives.

And while Canada may not be unique in welcoming the victimised to her shores, where she stands very nearly alone, is in her encouragement to her new citizens to maintain their traditions and customs. An encouragement that is, in my view, a particularly wise and mature expression of democratic freedom.

As a consequence, Canadian Ismailis have become, in a relatively short span of time, fully integrated into this society and today they play a responsible role as citizens of this country. While it is true that they have been assisted in this by their industry and strong traditional self-help, none of this would have been possible without the understanding extended to them.

Today's ceremony is, therefore, a source of deep satisfaction for my community and me.

In Islam man is answerable to God for whatever he has created and this is reflected in its architectural heritage. Many of the greatest architectural achievements in Islam were designed to reflect the promises of the life hereafter, to represent in this world what we are told of next. Since all that we see and do resonates on the faith, the aesthetics of the environment we build, and the quality of the social interactions that take place within these environments, reverberate on our spiritual life.

It is with this in mind that the Burnaby Jamatkhana has been conceived.

A great deal of work and thought has gone into planning and design of the building that will rise on this site. The underlying objective has been to develop a religious and social facility for the local Ismaili community, which while blending harmoniously and discreetly with the surrounding environment and making full use of materials indigenous to the area, will still reflect an Islamic mood and add yet another dimension to the varied architecture of the Lower Mainland.

The challenge has been unusual and I feel that it is one which has been successfully met by the prominent Vancouver architect, Mr Bruno Freschi. Mr Freschi is, in a way, symbolic of the strengths that come from, the very diversity of the Canadian way of life. Born a Canadian citizen, he comes from an Italian Catholic background. He has the professional quality and personal sensitivity to create in highly typified cross-cultural situations, having already designed a Sikh Gurdwara before this beautiful Ismaili Jamatkhana.

Because of our traditional concern with our environment, and the impact it has on us and on others, we have sought that this building should enhance the aesthetic quality of life in the neighbourhood.

The new building will stand in strongly landscaped surroundings. It will face a courtyard with foundations and a garden. Its scale, its proportions and the use of water will serve to create a serene and contemplative environment. This will be a place of congregation, of order, of peace, of prayer, of hope, of humility, and of brotherhood. From it should come forth those thoughts, those sentiments, those attitudes, which bind men together and which unite. It has been conceived and will exist in a mood of friendship, courtesy, and harmony.

While the building will be an important focus in the social and religious life of the local Ismaili Community in Burnaby, it is my hope, a very deep hope, that it will become a symbol of a growing understanding in the West of the real meaning of Islam.

I would like to thank the Mayor and the Municipality of Burnaby for their assistance, understanding and cooperation in respect of this project.

I also extend my good wishes to all those who assisted with the realisation of this Jamatkhana.

I now invite His Excellency, the Lieutenant Governor to perform the Foundation Ceremony.