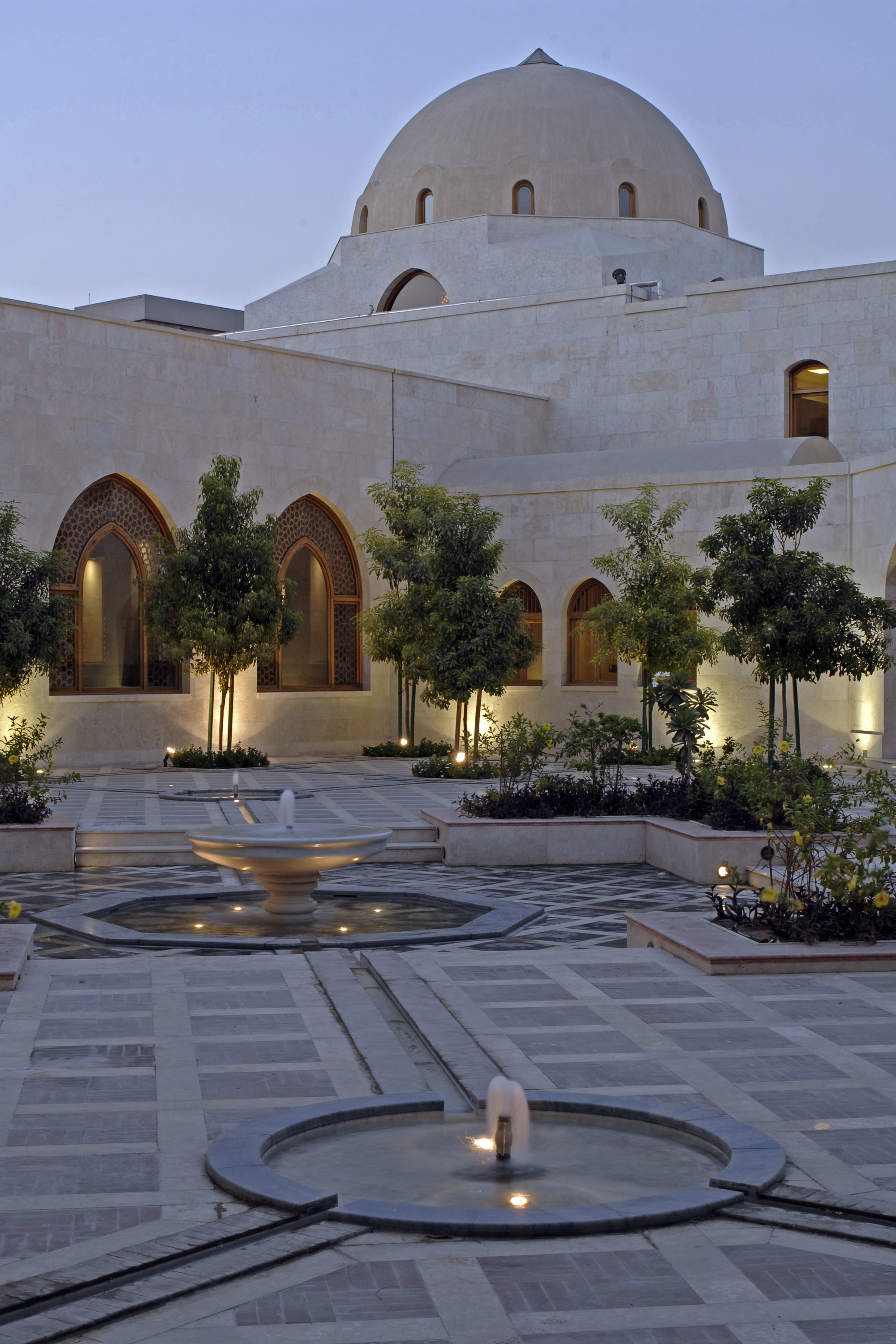 The main courtyard of the Ismaili Centre Dubai. Gary Otte

27 March 2008 - DUBAI, United Arab Emirates – His Highness the Aga Khan, Spiritual Leader of the Shia Ismaili Muslims, officially opened an Ismaili Centre in Dubai – the fast growing metropolis of the United Arab Emirates (UAE). The Ismaili Centre Dubai is the fourth such institution in the world and the first in the Middle East. The opening ceremony was attended by His Highness Sheikh Ahmed bin Saeed Al Maktoum and His Highness Sheikh Nahyan bin Mubarak Al Nahyan – senior members of the ruling families.

Speaking at the opening ceremony, the Aga Khan hailed Dubai as a truly cosmopolitan city and global crossroads that thrives on diversity.

“The Dubai ethic is one that honours a generous exchange of knowledge and ideas, that welcomes the opportunity to learn from others, that celebrates not only our historic identities but also our open horizons,” he said.

“The ethic of exploration and interconnectedness is one that is deeply shared by the Ismaili community,” said the Aga Khan. “It is an ethic, in fact, that is firmly rooted in our faith – a value system which grows from spiritual roots,” he added.

His Highness the Aga Khan recalled that it was the Ruler of Dubai, His Highness Sheikh Mohammad bin Rashid Al-Maktoum, who donated the land for the construction of the Centre on the occasion of the Aga Khan's Silver Jubilee in 1982, and that it was His Highness Sheikh Ahmed bin Saeed Al Maktoum who attended the ground breaking ceremony for the building four years ago. He thanked the ruling family for their continued support and their presence at the opening event.

“I am particularly pleased that you, Your Highness Sheikh Ahmed bin Saeed Al Maktoum have again honoured us with your presence today,” he said.

The Aga Khan was accompanied at the ceremony by his elder son, Prince Rahim Aga Khan and his daughter, Princess Zahra Aga Khan.

The Ismaili Centre is a domed structure inspired by the Fatimid architecture of old Egypt and Syria that is infused by the spirit of Islam. The Centre was erected with the use of traditional materials and craftsmanship. Its seven domes were built in brick and wood by Kashmiri masons equipped with increasingly rare traditional construction skills.

The 13 000 square metres of land located in Dubai's Oud Metha district was designed by Rami El Dahan and Soheir Farid of El Dahan & Farid Engineering Consultants from Cairo, Egypt. Adjacent to the Centre is also a 3 000 square metre park created by the renowned landscape architect, Maher Stino, who also designed the 74-acres Azhar Park in Cairo – a project of the Aga Khan Trust for Culture.

The Ismaili Centre Dubai will house an Early Learning Centre which will offer an educational programme to young children on a secular and non-denominational basis at the highest international standards of excellence.

The Centre is the fourth in the world, comparable in scope and noted architectural standing to the Ismaili centres in London, United Kingdom; Vancouver, Canada; and Lisbon, Portugal. The Centres offer a range of cultural and educational activities, non-denominational in nature, in the cities in which they are located. Ismaili Centres, in Dushanbe, Tajikistan, and Toronto, Canada, are in advanced stages of development.

His Highness the Aga Khan
His Highness the Aga Khan became the spiritual leader of the Ismaili Muslims in 1957 after the death of his grandfather, Sir Sultan Mahomed Shah Aga Khan. He is founder and Chairman of the Aga Khan Development Network (AKDN), a group of private, non-denominational development agencies working to empower communities and individuals to improve living conditions and opportunities, especially in sub-Saharan Africa, Central and South Asia, and the Middle East. The Network's nine development agencies focus on social, cultural and economic development for all citizens, regardless of gender, origin or religion. The AKDN's underlying ethic is compassion for the vulnerable in society. Its annual budget for development activities is in excess of USD $350 million.