Situated across the road from the Ismaili Centre Dubai, the Dubai Park is a gift from Mawlana Hazar Imam to the city of Dubai. 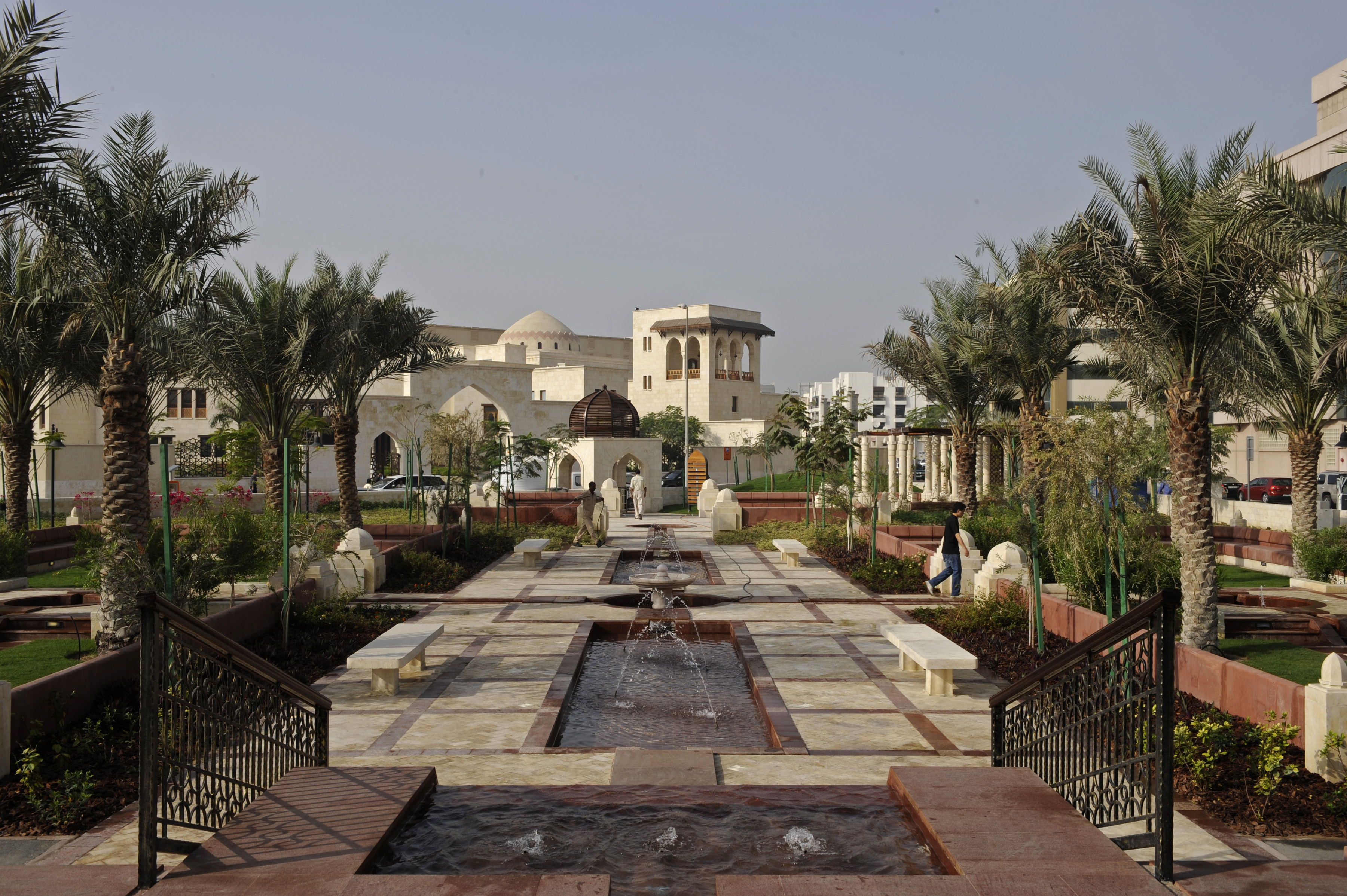 In the Dubai Park, located opposite the Centre, water flows from the fountains along channels that are interconnected with pools. The cris-cross fountains are inspired by the Al-Hambra. Gary Otte

Situated across the road from the Ismaili Centre Dubai, the Dubai Park is a gift from Mawlana Hazar Imam to the city of Dubai. It was developed by the Aga Khan Trust for Culture, an agency of the Aga Khan Development Network.

The 3 000 square metre park was conceived as a neighbourhood garden based on the concept of an Islamic garden. The serene setting is reflective of its Islamic heritage, drawing on the traditions of a faith which has inspired outstanding architecture and landscapes for many centuries in Dubai and throughout the world. For example, archways from the Fatimid period of the 10th to 12th centuries have been used in the park structures. The project architect, Maher Stino, was also the landscape architect of Al-Azhar Park, a project of the Trust in Cairo, Egypt. 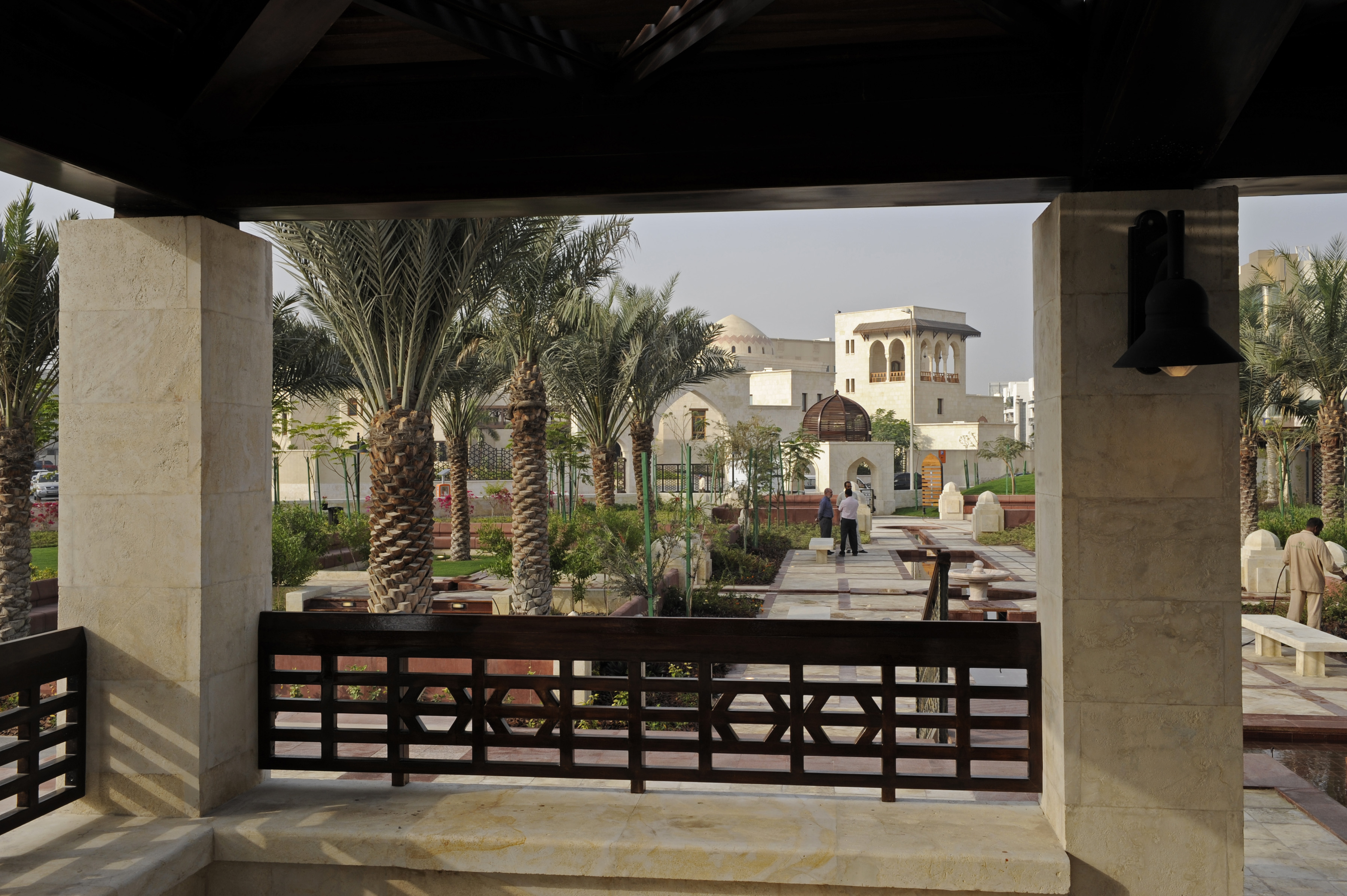 The grand pergola at the summit of the park provides a raised shaded sitting area with a view of the entire park. Gary Otte

Situated at the summit of the park is a grand pergola that provided a raised shaded sitting area from which the entire park is visible. Additional sitting alcoves and concrete benches are located throughout the garden under the shade of palm trees for those wishing to enjoy the evening breeze. Three gates allow for the easy flow of people from all three road sides of the park. One of the entrances lies along the axis of the raised pergola from which the cascading fountain originates.

In common with many Islamic inspired gardens, the fountains allow the water to flow along channels which are interconnected with water pools. The criss-cross fountains recall similar features found at the Al Hambra in Granada, Spain. Water channels run along the sitting alcoves giving an all-encompassing feel of water. 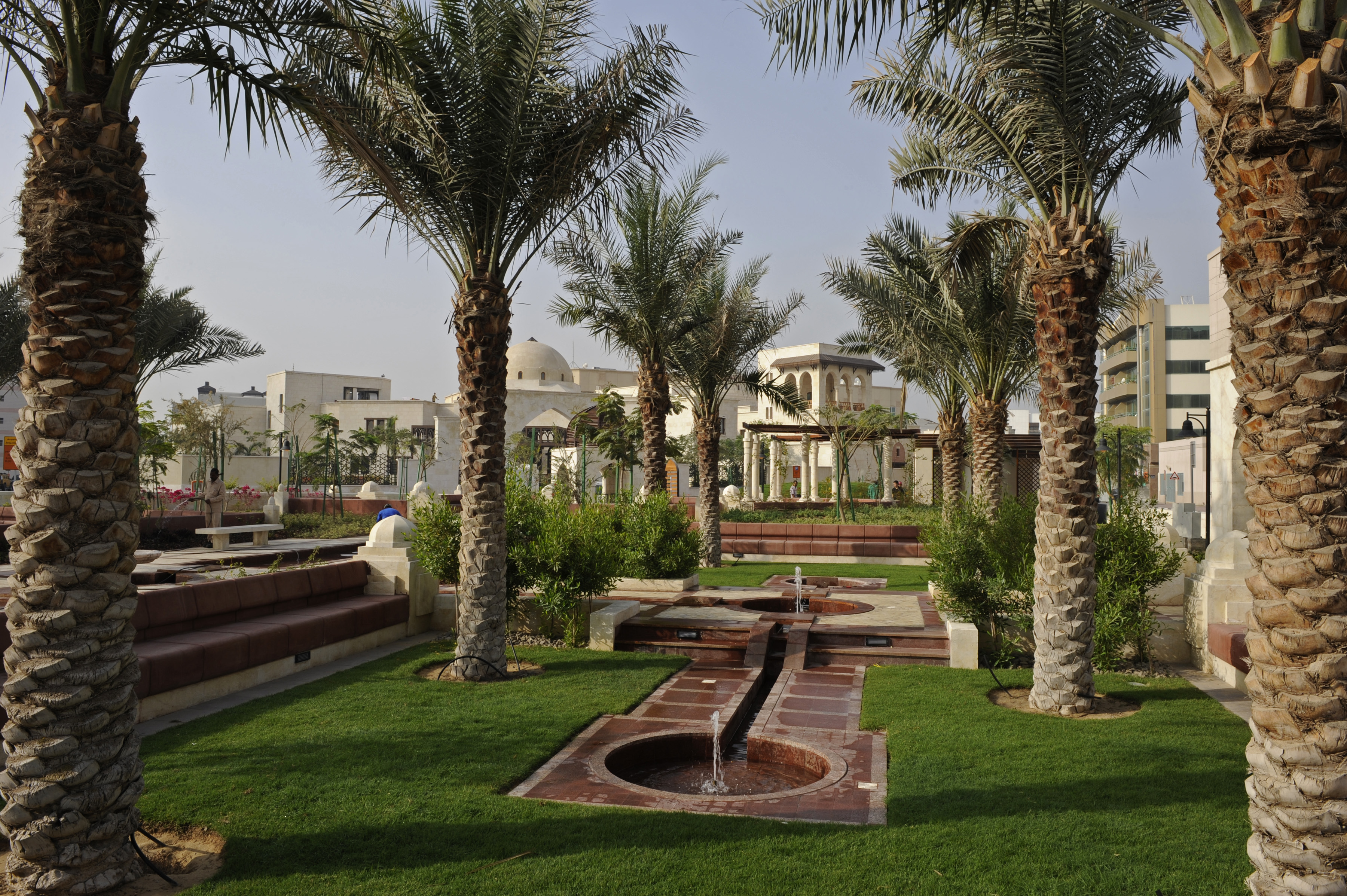 While the pergolas are made of African teak, the low boundary walls are finished in Aleppo limestone. The fountains are finished in granite and the hard landscape is a combination of concrete pavers, polished and flamed granite. The soft landscape consists of trees, shrubs, ground covers and climbers. These include tall palms, fragranced jasmine, and colourful lantana and bougainvillea.

The design of this small park provides something for all visitors, whether they wish to sit and read a book, allow their senses to be stimulated by the scents of flowers and the sound of water, or simply to admire nature while strolling along the gently curving walkway.