London, 16 May 2013 – At a special event held at the Ismaili Centre, Prince Amyn spoke in honour of the illustrious career of Professor Charles Correa, and acknowledged his long-standing partnership with the AKDN. Professor Correa is widely recognised in the field of urban planning not only for creating significant designs, but also for addressing social challenges through the medium of architecture.

London, 16 May 2013 – At a special event held at the Ismaili Centre, Prince Amyn spoke in honour of the illustrious career of Professor Charles Correa, the globally acclaimed architect and planner, and acknowledged his long-standing partnership with the AKDN.

“Charles Correa is a major figure in contemporary architecture and urban planning, who has played a pivotal role in the creation of architecture in post-independence India,” said Prince Amyn to an audience that included guests from the fields of architecture, contemporary design and urban planning. “Through all these years, he has maintained his intellectual and moral commitment to the plight of the less favoured, and more generally, to the peoples of the developing world.”

This week sees the launch of a retrospective exhibition at the Royal Institute of British Architects (RIBA) in London, detailing Professor Correa's signature projects over the past five decades. He is widely recognised in the field of urban planning not only for creating significant designs, but also for addressing social challenges through the medium of architecture.

“Charles Correa designs for the user – for those inside; not principally for those outside – the spectator,” noted Prince Amyn. “His designs place special emphasis on available resources, on energy and climate as major determinants in the ordering of space. And the result is that the inhabitants – the users of his buildings – can lead the best and most rewarding lifestyles.” 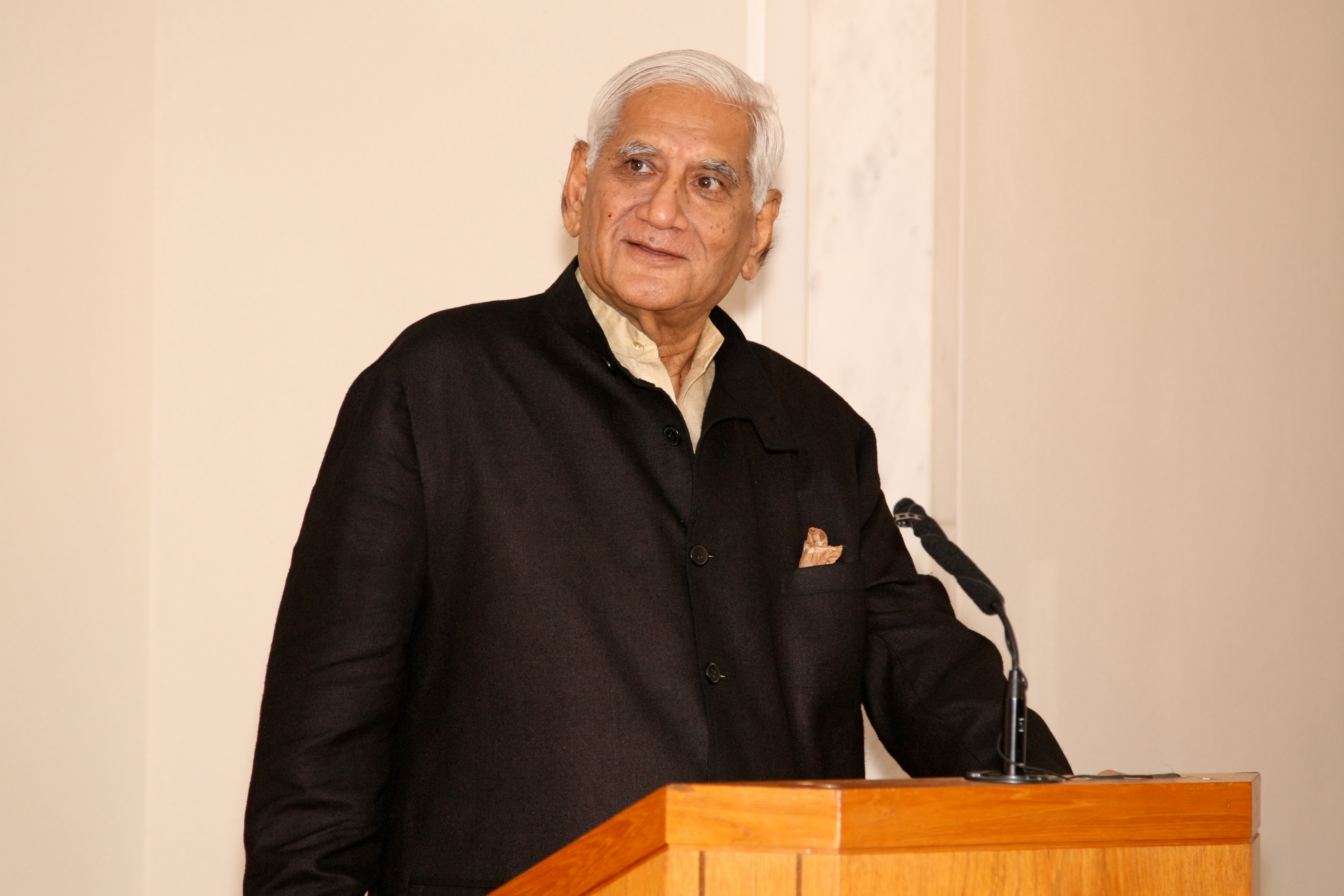 Professor Charles Correa addresses the audience at a gathering held at the Ismaili Centre, London in his honour. Al-Nur Sunderji

Professor Correa has served voluntarily with the Jamat in both professional and technical capacities, beginning in 1971 with what was then the Ismailia Central Housing Board in India, a forerunner to the current Aga Khan Planning and Building Services.

In addition, Professor Correa has been affiliated with the Aga Khan Award for Architecture since its inception. A winning recipient in 1998 for the Vidhan Bhavan in Bhopal, India and a member of the Master Jury in 1989, he has also served on the steering committees of five award cycles. He said that the Award “is genuinely acknowledged to be the most serious and the most important prize in architecture.”

On an international scale, Professor Correa has been recognised at the highest level, having been awarded numerous prizes and accolades, and has taught at several universities, both in India and abroad. Most recently, Professor Correa was appointed to design the Ismaili Centre, Toronto, which is connected by a beautifully landscaped Park to the new Aga Khan Museum. 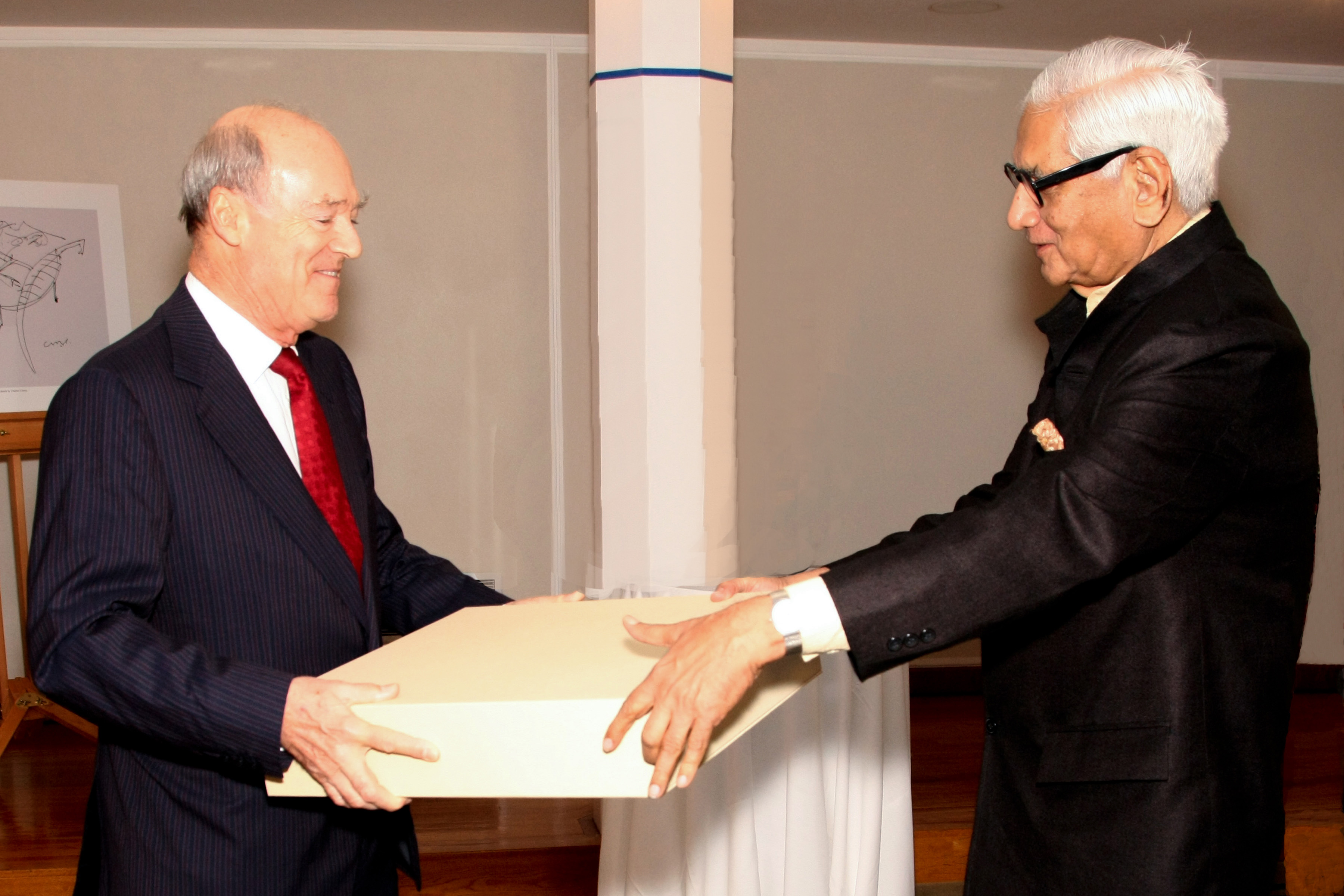 Prince Amyn presents a gift to Professor Charles Correa in recognition of his long-standing partnership with AKDN. Al-Nur Sunderji