Former Canadian Prime Minister Kim Campbell — Canada’s first female prime minister — delivered an Ismaili Centre lecture in Vancouver in November. She spoke passionately of the need for more women in positions of leadership at all levels of society and the importance of ensuring their voices are heard.

Vancouver, 15 November 2014 — When we hear the words “prime minister”, “president” or “CEO”, Kim Campbell would like us to think of a woman leader.

“I came to understand that it's not just gender, but when you are the first of your kind of person to hold a job that has traditionally been held by other kinds of people, there is a reaction that people have that isn't an intellectual reaction, it's a visceral reaction,” said Canada’s 19th — and first female — prime minister. She was delivering an Ismaili Centre Lecture in Vancouver on the role of women leaders and the creation of ethical societies.

Recognised widely for her commitment to global issues of democratisation and the advancement of women, Campbell shared her admiration for Nurjehan Mawani, the Aga Khan Development Network Representative for Afghanistan, whom she said reflects the dynamism that emerges within a community in which women are expected and encouraged to achieve and develop themselves.

Malik Talib, President of the Ismaili Council for Canada, introduced the former Prime Minister as a person who has “broken gender barriers at every political level,” and who, he hoped, would inspire a line of “many more firsts for women leaders.” He cited her impressive record of public service and continued partnership to enrich globally relevant conversations. Conversations are critical, he said, because they give people voice and provide a platform for diverse exchanges.

“What is really important is to create an environment where everybody can speak in their own voice, where they can make a contribution,” said Campbell. She recalled the evolution in women’s empowerment since the 1990s when attempts by corporations to integrate women into management were unsuccessful because they failed to galvanise a shift in attitudes that remained male dominated and irreconcilable to the idea of women as leaders. “One of the reasons [women] left was that nothing else changed.”

These biases condition the way we see the world. They are shaped by our interactions within specific contexts of our childhood and growth as we begin to understand how the world works. Citing the work of Harvard psychologist Dr Mahzarin Banaji who devised the implicit association test, Campbell expressed surprise at her test result which showed that she associated men with science much more than women.

“Most of the scientists I had seen were men,” she exclaimed, “so my implicit attitude was to think of scientist equals man.” 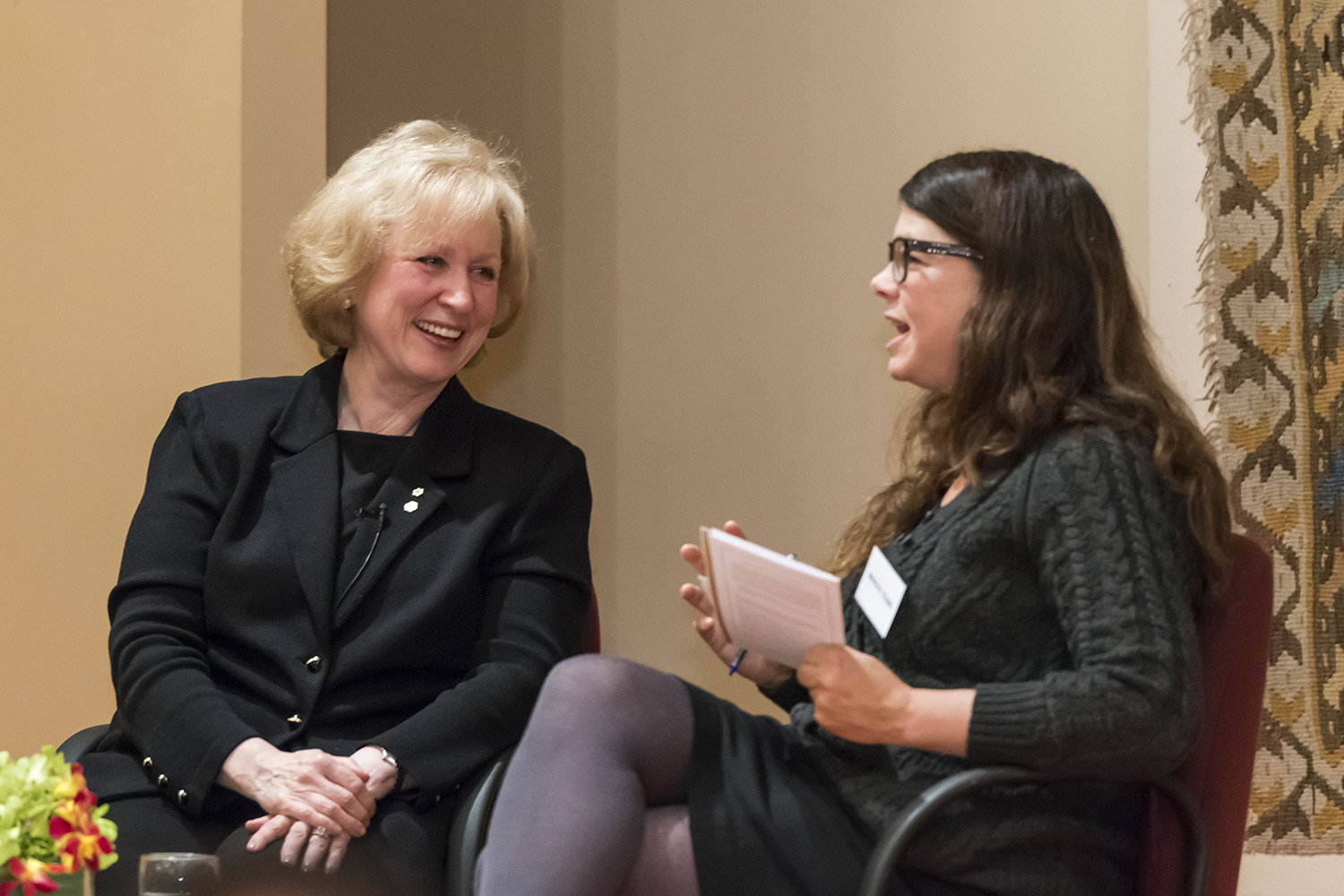 Kim Campbell sits down with Margot Young, Associate Professor of Law at the University of British Columbia, for an on-stage conversation following the Ismaili Centre lecture.
Azim Verjee

Kim Campbell sits down with Margot Young, Associate Professor of Law at the University of British Columbia, for an on-stage conversation following the Ismaili Centre lecture. Azim Verjee

Another example she cited was on the hiring practices of symphony orchestras, a study co-authored by economists Claudia Goldin and Cecilia Rouse. It found that while conductors affirmed selection based on quality of playing, a few of them commented that women had “small technique.” However, when blind auditions were held with a screen and carpet so that adjudicators could neither see the musicians nor hear their footsteps, the proportion of women among new hires increased anywhere from 30 to 55 per cent. These illustrate some of the challenges of implicit association that women struggle with while seeking certain positions.

Campbell reinforced her view with evidence-based research that dismissed the idea that advocacy for gender equality was based on soft sentiment. In fact, she said, there was a growing body of literature with measurable success tied to the influence of women in management decisions and the enhancement of organisational function.

“We are finding that what we use to argue for on the basis of truth, beauty and justice,” affirmed Campbell, “turns out to be valuable on the basis of the hard-nosed concepts of efficacy and good performance.”

She quoted findings from a Credit Suisse report, which confirmed positive correlation between corporate performance and female board representation, and spoke emphatically about her recent interaction with renowned business thinker Tom Peters whose own advice for companies is to engage more women as leaders to outperform the competition.

Campbell augmented the scope of discussion from gender diversity to more broad based diversity. “Pluralism has this wonderful underlying philosophical foundation of respect,” she said, expressing a keen interest in the work of the Global Centre for Pluralism in Ottawa and the ethic of inclusiveness.

“I think that in a society where women are not equal, chances are that you will find a kind of tribalism or ethnic exclusion in the rest of society,” she remarked, “but when women and men respect each other, when they respect the value that each brings, that's the foundation of a broader respect in the community.”