Burnaby, Canada, 1 December 2013 – John Stackhouse, Editor-in-chief of the Globe and Mail, delivered the Ismaili Centre Lecture, in which he described pluralism as being central to Canadian identity. Featuring speakers of distinction, Ismaili Centre Lectures are held regularly at Centres around the world, and seek to encourage exchange, mutual understanding and friendship between peoples of diverse communities and faiths.

Burnaby, Canada, 1 December 2013 — “If the Canada of 2013 is more tolerant and worldly — in short pluralistic — than we were in 1973, it is due in part to the leadership, by example, of the Ismaili community,” said John Stackhouse this afternoon, speaking at the Ismaili Centre, Burnaby. “I stand here today to try to share with you my views of pluralism, and how it is central to the Canadian identity.”

The Editor-in-chief of the Globe and Mail was delivering the Ismaili Centre Lecture, following a distinguished line of past speakers that includes Stephen J. Toope, President of the University of British Columbia, historian and author Karen Armstrong, His Excellency the Right Honourable David Johnston, Governor General of Canada, and the Right Honourable Beverley McLachlin, Chief Justice of Canada. He spoke before a gathering of representatives from government, the diplomatic corps, the judiciary, the media, academia, civil society, and leaders of faith communities.

Stackhouse noted that Canadian pluralism is linked both to a common belief in upholding human rights, as well as shared values “in humanitarian good, individual enterprise, collective will and human growth from generation to generation — in short, what many of us call progress.”

“Without that progress, human rights carry less meaning,” he asserted. “The Aga Khan Network, and it would seem the people of Canada, seem to get that — the idea that pluralism involves both rights and development.” 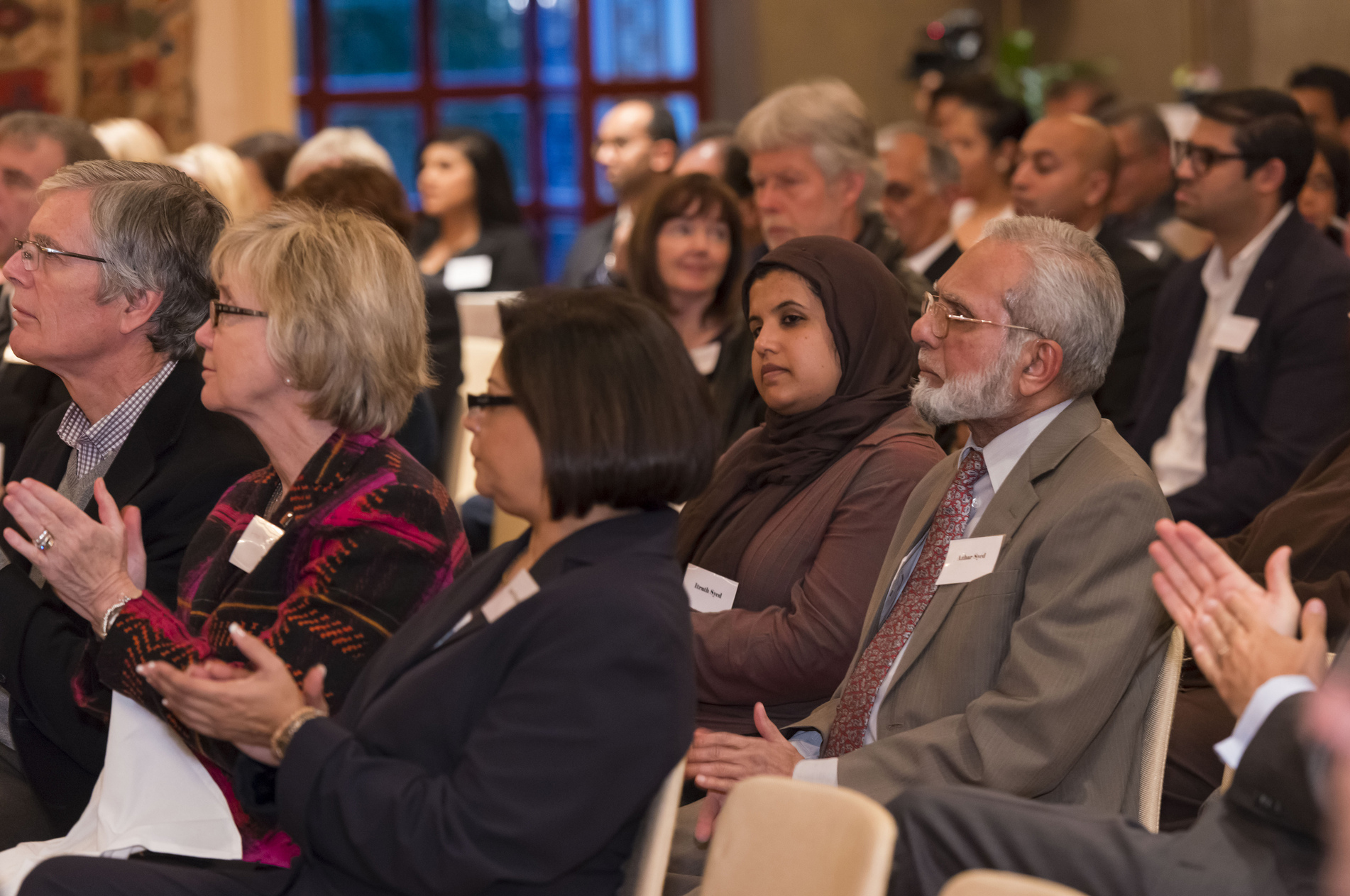 The audience listens attentively as John Stackhouse argues that despite its entrenchment in the national identity, Canadians should not take pluralism for granted. Azim Verjee

However, he also warned against complacency. Canadian pluralism, he believes, is at a crossroads, “and the greatest danger would be for us not to recognise the choices that lie before us.” Among the challenges in upholding pluralism, he cited political as well as socio-economic threats, including growing disparities in education, income and employment between segments of society.

“We need to be mindful of the public policies and private sector practices that perhaps unintentionally limit access to schooling and post-secondary education,” Stackhouse suggested, “especially among some groups of new Canadians, and how that could lead to the ghettoisation of entire groups of Canadians.”

John Stackhouse's notable career path has included five National Newspaper Awards for feature writing, business reporting and international coverage; a national magazine award and an Amnesty International award for human rights reporting. In addition, he has served as foreign editor and foreign correspondent for the Globe and Mail and as editor of the newspaper's Report on Business. His work has taken him across the world to observe political and social movements, including India and Kenya. Stackhouse stated that his time abroad has given him the perspective that Canada is unique in its approach to diversity because of its “collective ability to accommodate minorities.”

Earlier in the afternoon, Alijah Malik Talib, President of the Ismaili Council for Canada, welcomed Stackhouse and explained the purpose of the lecture. “The Ismaili Community in Canada hosts flagship lectures at Ismaili Centres as part of a global series that aims to foster a greater understanding of critical issues of the day and to bring together thought leaders,” said President Talib. He noted the important role that Ismaili Centres around the world play in encouraging exchange, mutual understanding and friendship between peoples of diverse communities and faiths.

Appreciating the opportunity to deliver the Ismaili Centre Lecture, Stackhouse expressed his appreciation to the Ismaili community and the gathering for helping to build the country, “and by listening today, I hope, volunteering to take on the challenges that lie ahead.”

“Each of us will be counted on to stand up to those challenges,” he said. “I feel confident the Ismaili community, and this centre, will continue to be at the forefront.” 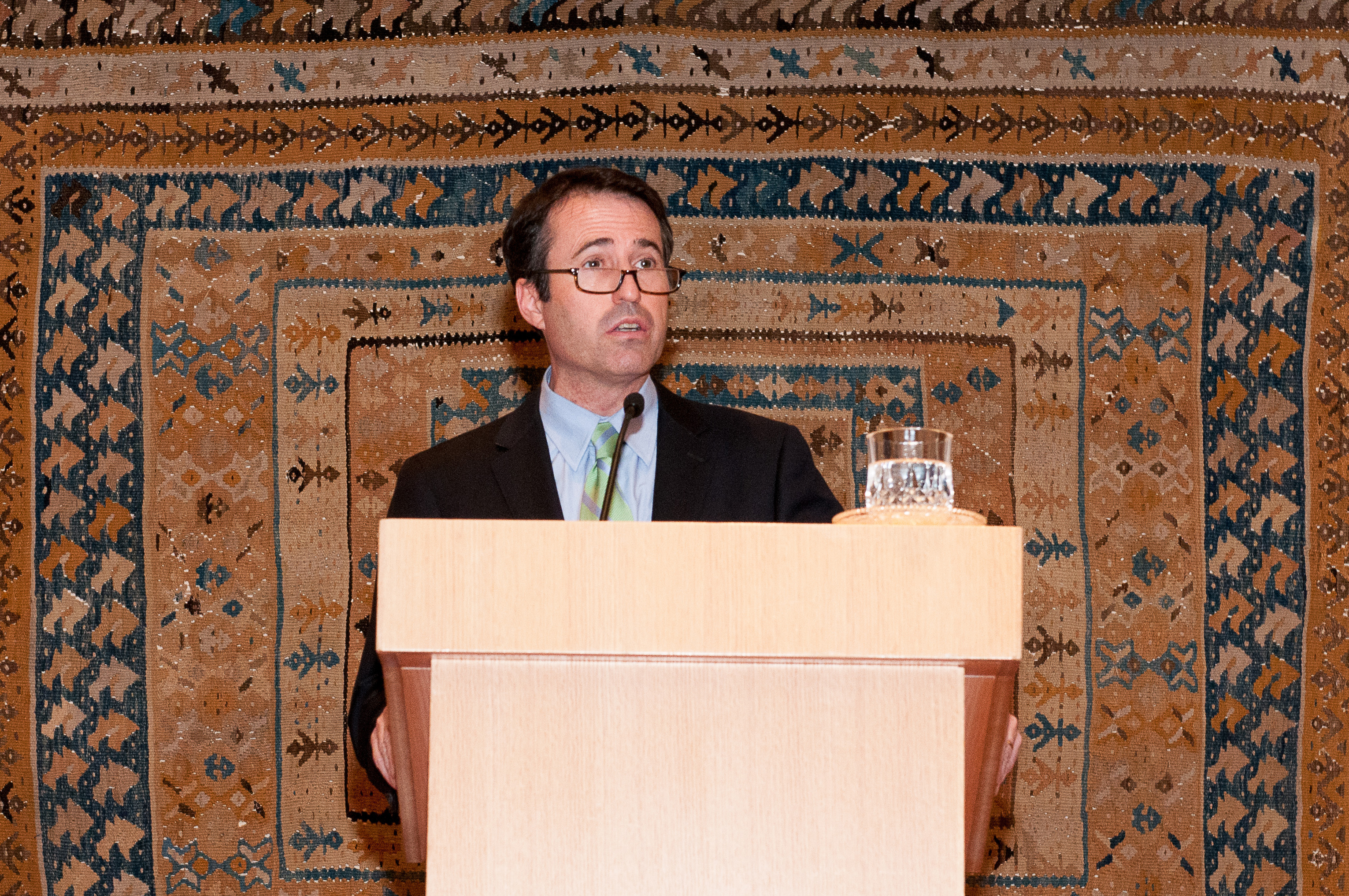 John Stackhouse, Editor-in-chief of The Globe and Mail, speaks about Canadian pluralism in his 2013 Ismaili Centre Lecture at the Ismaili Centre, Burnaby delivered in December. Sultan Baloo