RAYS OF LIGHT: Glimpses into the Ismaili Imamat will be opening in Dubai later this month. A Golden Jubilee International Programme, the exhibition depicts 50 years of Mawlana Hazar Imam’s Imamat, against the backdrop of the Jamat’s 1 400-year history.

A weekend-long Opportunity Africa conference held at the Ismaili Centre, London hinted at what is already spreading across the continent. With a growing middle class, an impending housing market boom, an infrastructure deficit waiting to be filled, and a common East African financial market on the horizon, Africa is a focal point for new expansion and entrepreneurship.

Celebrating its 20th anniversary this year, Open House London took place on the weekend of 22 – 23 September. Buildings such as the Bank of England Museum, the Royal Courts of Justice, the BBC Television Centre, and the Ismaili Centre, London opened their doors, inviting Londoners to to view and celebrate the diverse architecture of their city.

Three years after the opening of the Ismaili Centre, Dubai, it has emerged as a multidisciplinary hub of culture, faith, education, and community identity. Exemplifying the core values of Ismaili Muslims, the Centre offers a platform for dialogue, unity and progress within the Jamat and the wider community.

The Ismaili Centre, Dushanbe was opened on 12 October 2009 by His Excellency Emomali Rahmon, President of the Republic of Tajikistan, and Mawlana Hazar Imam. It is the first such Centre in Central Asia – a region that has been home to Ismaili Muslims for more than a thousand years. 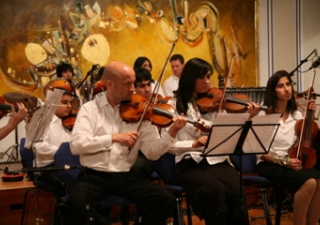 In March, the Ismaili Community Ensemble, together with musicians from the Royal Philharmonic Orchestra, dazzled audiences with rousing performances in celebration of Mawlana Hazar Imam’s Golden Jubilee at the Ismaili Centre in London. 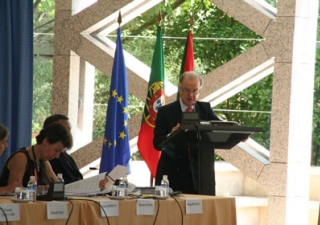 The Council of Europe, an organisation promoting democracy and human rights in Europe, will be launching a White Paper on Intercultural Dialogue with the support of the Aga Khan Development Network (AKDN) Portugal, and other international organisations.

The Ismaili Centres are symbolic markers of the permanent presence and core values of Ismaili communities around the world.

A compilation of resources on the.ismaili and elsewhere about Ismaili Centres around the world.