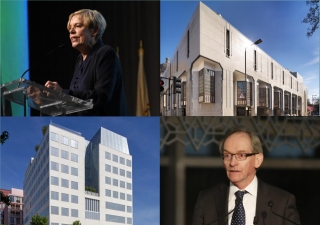 A special presentation on the Global Centre for Pluralism to be held at the Ismaili Centre London. 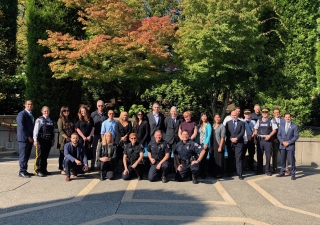 Members of Law Enforcement Agencies from the Metro Vancouver were hosted at the Ismaili Centre, Burnaby on 19 September for a presentation on the diversity and history of Islam by Rizwan Mawani. Participants shared perspectives and perceptions of Islam followed by Rizwan’s presentation. One of the RCMP members commented that “this session gave me a better understanding of the diversity within the Muslim communities and I’m so impressed with the Ismaili Centre, and how volunteer service has been at the heart of this building and your community”.

On 15 March 2018, Mehfil Chai House, a medley of performances, poetry and songs, was showcased to celebrate Asian Heritage Month — an annual event that promotes an understanding and appreciation of Asian-Canadian arts and culture in the month of May.

On 10 May 2018, a panel of professionals spoke eloquently about the painful experiences of individuals affected by prejudice and hatred, and the need for a systematic analysis of data to combat forces that are eroding our social fabric. The panel was made up of Ms. Sarah Khan, lawyer and acting Executive Director of Seniors First BC, and Ms. Itrath Syed, a researcher and instructor in the portrayal of Muslims in media discourse and moderated by Mr. Aleem Bharmal.

Join us Saturday, April 21 for a live webcast from the Ismaili Centre, Toronto to commemorate Yawm-e Ali. This year’s guest lecturer is Dr. Sajjad Rizvi, Associate Professor of Islamic Intellectual History at the University of Exeter in the United Kingdom. Dr. Rizvi's lecture is entitled "The Story of Us: Reframing the Narrative of Islam in Our World." The lecture will begin at approximately 8:15 p.m EST and will be webcast on this page and at the.ismaili/live.

Raficq Abdulla MA (Oxon.) MBE will deliver the annual Milad-un-Nabi Lecture at the Ismaili Centre, Toronto on Saturday, 20 January 2018. His lecture is entitled “The Prophet Muhammad (may peace be upon him and his family) – The Man and The Ideal". The event is due to begin at approximately 8:00 PM EST (Toronto time) and will be webcast live on this page and at http://the.ismaili/live.  This event is co-sponsored by Emmanuel College, University of Toronto.