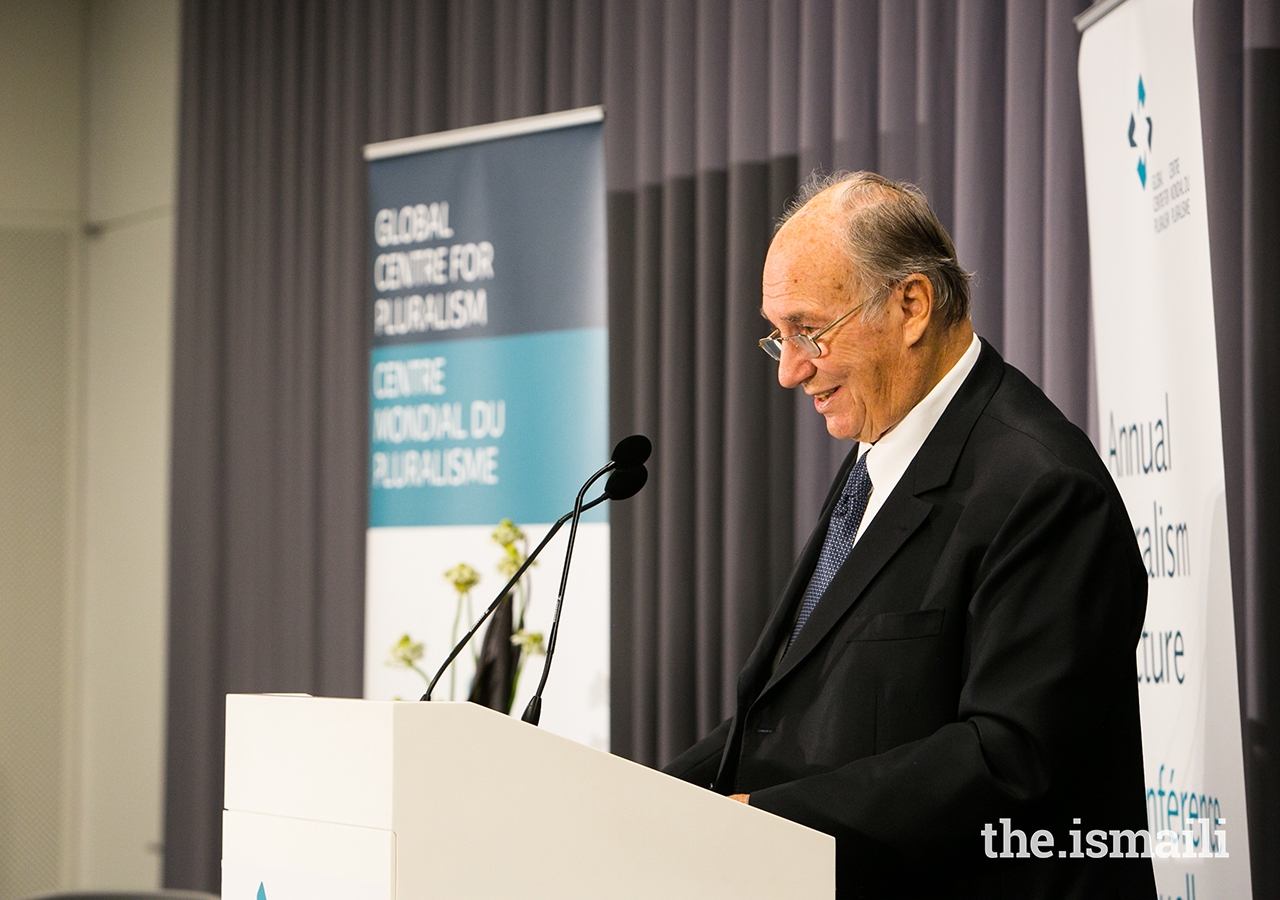 It is my great pleasure to welcome you, on behalf of the Board of the Global Centre for Pluralism, to the 2018 Pluralism Lecture at the new Aga Khan Centre here in London.

At the outset, I should like to remark on the passing of our fellow Director, the late Kofi Annan.

I was privileged to know and work with Mr. Annan for many years.  He made an enormous contribution to the Global Centre for Pluralism, just one of his many remarkable contributions to humanity.  He will be greatly missed.  Our thoughts are with Mrs Annan at this difficult time.  It is gratifying that the important work of the Kofi Annan Foundation for a fairer, more peaceful world is continuing.

Ladies and Gentlemen, allow me a moment to speak of this beautiful building and the transformative power of architecture.  I hope you will have the opportunity to explore the building and especially to visit its unique series of gardens, courtyards and terrace, each one inspired by a different region of the Islamic world.

The building also stands as a testament to the value of education: it is the new home for two educational institutions - the Aga Khan University’s Institute for the Study of Muslim Civilizations and the Institute of Ismaili Studies.

Through research and learning, they will contribute to increased understanding of the rich history and varied traditions of different Muslim civilizations.  In so doing, they should help bridge the gulf of ignorance that has characterized Islamic-Western relations for far too long.

Tonight’s speaker, Karen Armstrong, is a person who has contributed in a remarkable way to illuminating Islam, Judaism and Christianity, and indeed, understanding all of the great religious traditions.

One of the world’s most respected and prolific historians of religion, Ms. Armstrong has written more than 20 books, translated into 45 languages.  Notably, in Fields of Blood: Religion and the History of Violence, she challenged the view that religion has been the cause of many of history’s violent conflicts, and argued convincingly that in many cases, religion has been the pretext.  An original thinker and activist, her work has resonated well beyond the realm of theologians and philosophers.

A graduate from the University of Oxford with a degree in literature, Ms Armstrong went on to teach, and in 1982 she had become a freelance writer and broadcaster.   After being retained to work on a documentary on St Paul, she spent time in the Middle East.  She was inspired by the time she spent there. She learnt and she reflected on the great religions, and found her vocation as a writer exploring the commonalities shared by the faiths of Islam, Judaism and Christianity - commonalities such as the Golden Rule - behave towards others how you would like them to behave towards you.

A year and a half later, the final Charter for Compassion was released.  The process of its creation included the contributions of more than 150,000 people from around the world, who submitted their thoughts online.  Their ideas were then refined into a final draft by a panel of leading theologians.

This idea of compassion resonates with people.  When Amin Hashwani, a business executive and activist in Pakistan, heard Ms. Armstrong’s TED Talk, it affected him deeply.  In 2011, Amin Hashwani founded the Compassionate School Network, a program to train schools and educators to build student skills in compassion, which is still operating with great success.

The momentum and excitement behind this global initiative led to another remarkable book by Ms Armstrong:  Twelve Steps to a Compassionate Life.

Ladies and Gentlemen, looking into the future, I think that one of the greatest challenges for the entire world will be finding ways in which we can all achieve a deeper understanding of the other, and what makes each of us distinct, as human beings and as communities.

To achieve this vital goal, reflective, creative and empathetic thinkers and writers will be critically important.

Tonight, we are privileged to hear from one of their most respected voices, Karen Armstrong. Thank you.