As the winners of the 13th cycle of the Aga Khan Award for Architecture were announced, TheIsmaili.org’s Elisha Nathoo sat down with Professor Hanif Kara, a member of the Steering Committee to talk about what the Award has achieved in the nearly four decades since it was established.

A practicing structural engineer, design director and co-founder of AKT II, a London-based engineering firm, Kara is also a professor in the Practice of Architectural Technology at Harvard’s Graduate School of Design. In 2011 he was the first engineer to become a judge for the annual RIBA Stirling Prize and has been a review panel member of the National Centres of Competence in Research at ETH Zurich since 2015. He has also served in previous cycles of the Aga Khan Award as a technical reviewer and a master juror.

Elisha Nathoo (TheIsmaili): Forty years ago, why in your view did Mawlana Hazar Imam establish the Aga Khan Award for Architecture?

Hanif Kara (HK): There was a core recognition that architecture matters beyond providing shelter. It shows societies’ intentions. It makes life better and has an astonishing power to balance nature and man’s effect on it, the individual and community, and past and present. [Mawlana Hazar Imam] often reminds us still that some form of destruction or construction was continuously taking place daily throughout the Muslim world — the implication of which is that we are always building, and the built environment is therefore very important.

Uniting the ummah through architecture and improving quality of life are among the key objectives of the manifesto of the Award. As we know; improving the built environment is one of the fastest ways to improve quality of life. Our environment shapes us all in different ways — from what we sleep in, educate in, shop in, pray in — whilst underscoring our technologies civilisations, identity and cultures. So an award that recognises great icons through to schools and small shelter would add value to Muslim communities and society at large.

TheIsmaili: What has the Award achieved in that time?

HK: The AKAA is considered to be one of — if not the most — important awards in the field of architecture due to its ethos towards the built environment, multi-disciplinary approach and level of rigour. The Award thinks long term, so by looking at it through its achievements over the last 40 years we can get a much better measure... undeniably it has played a big role in changing not only architecture, but societies and influenced our progress as a community.

If we examine the smaller winners from this cycle like the Bait Ur Rouf Mosque and the Friendship Centre (both in Bangladesh) you will see that the quality of construction through a deliberate simplicity is incredible — which is related to the quality of life of those who use these buildings, but also those who designed and made them, and the nation as a whole.

We all know that wellness of the mind and body is connected to space. I think Mawlana Hazar Imam, almost as far as 40 years ago, wanted to set standards of quality through examples that would inspire designers, builders and clients alike in the Muslim world. Sharing good projects for the Award allowed us to build strong foundations and benchmarks to build upon every cycle.

The Award raises the standard of education in general. Not long after it was established, the graduate programmes addressing the built environment at MIT and Harvard were started. There is also a set dissemination plan to academic institutions around the world through online literature, publications, talks, and seminars.

As a result of the rigorous selection process, an extensive database has been built up. This database at www.archnet.org is openly available for public use. So much data has been collected about how buildings behave, urban contexts, Islam and Muslim societies. The history of certain parts of the world can been tracked and mapped out, like in Aleppo for example.

The Award is not only illuminating architecture as a practice but enhancing the whole basis on which architecture should be developed. It’s not just a discipline, nor is it just a science, nor just an art; it’s a way of life. It’s achieved a lot for academia, for the people of the countries where projects have won the award and for the people who have won it. These practitioners then go on to become great architects and advocates for the way we think and the way in which architecture matters at social and political levels too.

TheIsmaili: How does the Award speak to the values of Islam?

HK: Time and time again the Awards demonstrate through wider goals the ethic of inclusivity and diversity as a strength. This cycle illustrates these principles in many ways whilst showcasing pluralism in the context of architecture.

Coincidentally three out of the five winning projects in this cycle have been designed by women. What we see explicitly is inclusivity, which is not forced or artificial. Diversity can be seen through the variety of projects in terms of typology, end users, scale and context. For example, this cycle the winners range from a mosque in Bangladesh, a very small library in China to two major infrastructural projects: Superkilen in Copenhagen and a bridge in Iran. Diversity is also reflected in the wide range of professionals involved in the selection and review process, and their educational and cultural backgrounds.

The park in Copenhagen encourages social cohesion through a noble civic purpose giving a sense of oneness — ownership is between young and old from 60 different communities that live, play and socialise there. The bridge project in Iran has transformed the way of life for people by generating interaction and exchange. It encourages you to visit it as a destination and stay — not just pass through — which is phenomenally different to how a bridge is normally conceived and used.

TheIsmaili: How does the Award stay current and relevant?

HK: I think it’s an interesting time: with so much disruption in societies with a majority Muslim population, and the destruction of symbolic architectures of significance to Muslims in places like Syria and Afghanistan. Projects like Superkilen and the Cemetery (2013 cycle) that are for Muslim communities — which are a minority in the population they live — is a new dimension that the Award is seeking to address. It is looking at the migrant and the diaspora across the world.

This demonstrates the flexibility of the Award. The harmonising essence and the core structure were conceived at the outset to cope with the problems of their time without ever ignoring the problems of yesterday. Previously there used to be a lot of discussion about AKAA being just for the poor, just for historic preservation and restoring old buildings. However, when you look over the 40 years it’s been much broader in embracing ever changing conditions.

The structure of the governance for the Award lends itself to this flexibility. The Master Jury sit for one cycle only to ensure the autonomy of each cycle whilst the Steering Committee (which sits above the Master Jury) together with Hazar Imam as the Chair set the guidance of the current time that the Award should seek to engage with.

The Steering Committee often serve for multiple cycles as many of the committee members are involved with other AKDN activities — like the AKTC Historic Cities Programme — enabling knowledge transfer and sharing of best practices. The Jury though selected meritocratically by the Award office and director Farrokh Derakhshani, with the steering committee, ensures very deliberately a multi-disciplinary group. Several of them are always Muslim and several are women.

Most people aren’t aware of the multiple gates each of the winning projects has to go through. The extent of investigation undertaken by the selection process of the Award makes it extremely current and relevant. The Master Jury selects the shortlist, which are fully and thoroughly reviewed by technical reviewers, who then report back to the Master Jury. During this process the Master Jury are provided with a brief and then left autonomous to select the winners. Decisions are therefore final, even if the Steering Committee doesn’t like it. 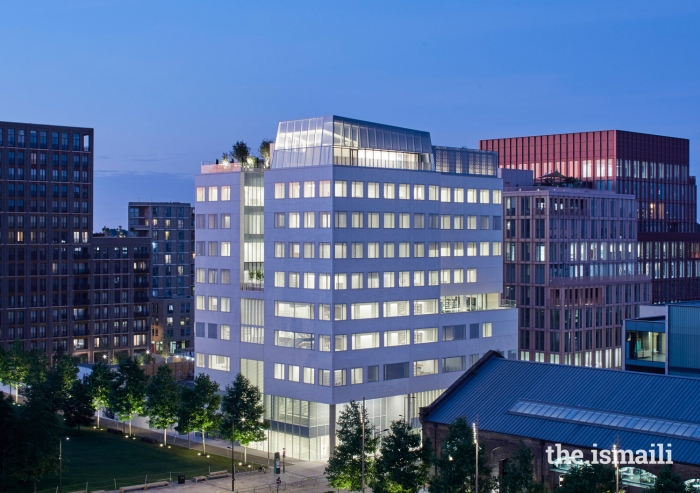 Aga Khan Centre: A source of inspiration and illumination 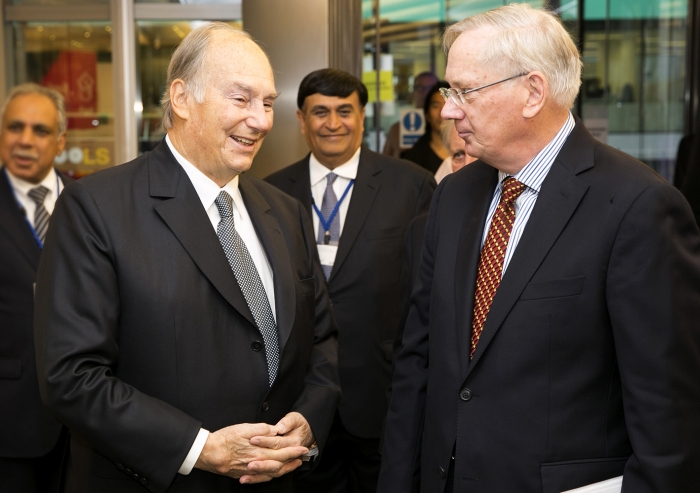 Committing to cultural heritage is more critical than ever before, says Hazar Imam