A simple white stage at the Redondo Performing Arts Center lit up, as 1 400 years of Ismaili history unfolded through a mix of drama, comedy, narrative, legend, poetry, painting and film. The cast stole the audience away on a roller coaster journey of tears, laughter and merriment.

The marquee at the Redondo Performing Arts Center in Los Angeles, where Ali to Karim premiered.

Approaching the Redondo Performing Arts Center, near Los Angeles, the theatre's marquee was visible and I was excited. With the evening performance totally sold out and a sizable audience for the matinee show, ALI TO KARIM: A Tribute to the Ismaili Imams was going to be a special event.

From the elegant and informative programme booklet to the anticipation of the audience, it was evident that the unfolding of the Imamat and the Jamat's 1 400-year history was going to be engrossing. While some anecdotes and historical facts may have been familiar, the lives of the Imams, their heroic sacrifices and contributions, and the community's displacement and survival over the centuries, were presented in an innovative manner. 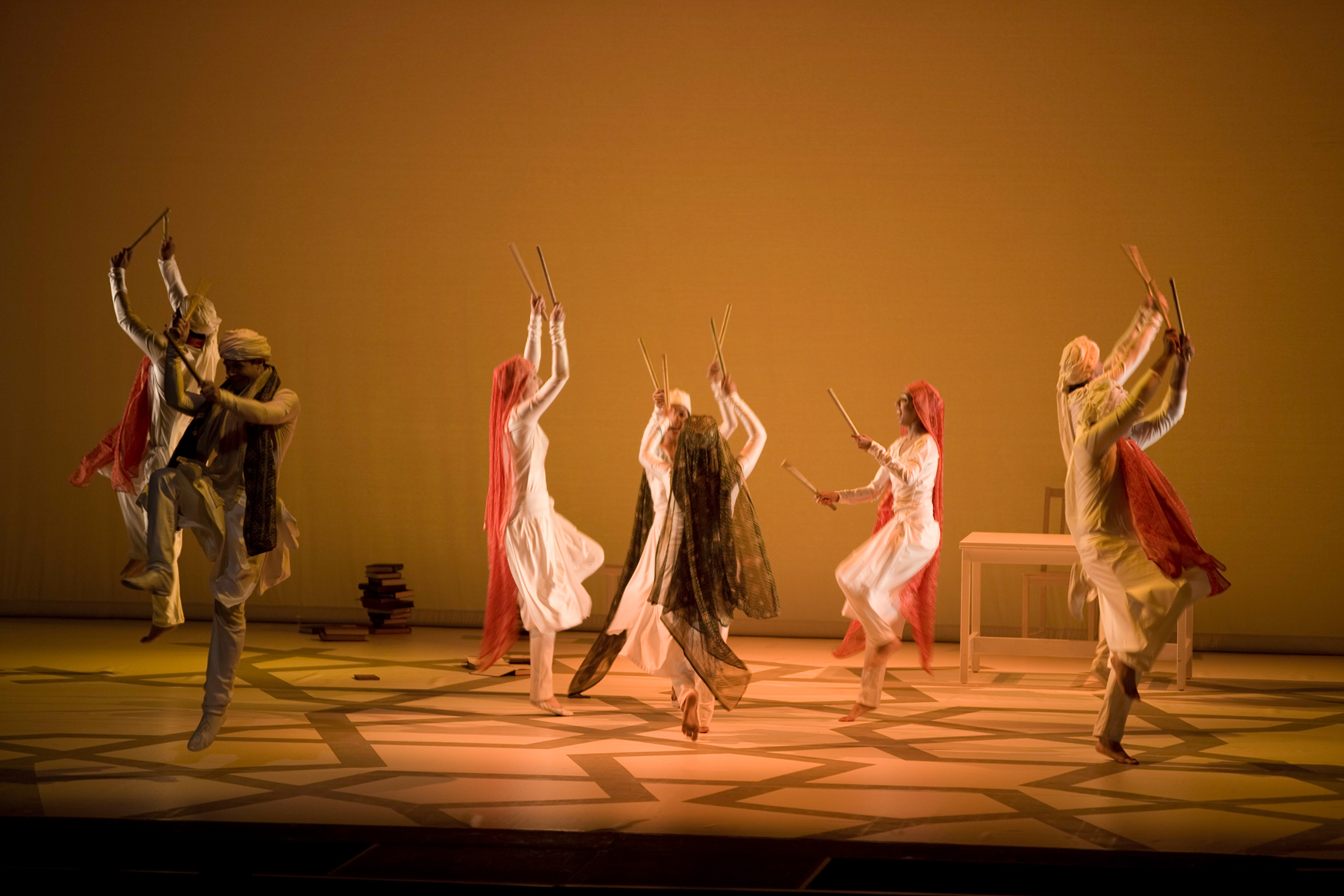 Dandia celebrations during the course of the production. Farhez Rayani

A simple white stage lit up as the cast of professional British and local Ismailis took the audience on a roller coaster of emotion. Tears rolled at the description of the massacres at Karbala and Alamut; pride swelled at the mention of Al-Azhar, one of the earliest universities in the world. And in between, the antics of some characters made spectators chuckle and laugh in merriment.

Multimedia images provided the stage backdrop and lent context to the tale. The mix of drama, comedy, narrative, legend, poetry, painting and film used to illustrate the chronology of the 49 Ismaili Imams, carried the audience from one period to the next, seizing them in rapt attention.

“It has been an honour, a privilege and a learning experience… this process has given me greater understanding and allowed me to internalise my faith. It has been a humbling experience.”
– Areebah Ajani, National Cast member

“This whole show has been a prayer, a dhikr, as it consists of remembrance of Hazrat Ali and our Imams, repeated from beginning to end. It has been a devotional journey for me.”
– Hafiz Karmali, Director

“It's amazing to reflect on our history and how our Imams have always been on the forefront of change in what they have done for us as well as for others… The creative way of showing our history was fascinating.”
– Salim Rahemtulla, Orange County, California

Whatever their level of prior knowledge about Ismaili history, members of the Jamat responded overwhelmingly with appreciation at the incredible effort expended over the past year in the conception and realisation of this historic Golden Jubilee International Programme.

A thunderous standing-ovation at the end of the two-and-a-half-hour performance was not the only sign that the immense effort of the project team was appreciated. Elementary school children and senior citizens alike were intent on capturing every word and understanding every gesture.

“Absolutely unbelievable,” said high school graduate, Raziq-Omar Jivani. “It reinforced what I knew. It brought our history to life in a surprising and creative production. I would definitely recommend all to see it. Five stars!”

Dina Mousawi, the Iraqi-Ukrainian actress who played several characters, was asked about her experience of working on the production over the past several months. “What stands out the most and is the most moving,” she said, “is how so many from this community came forward to help… I have never seen such generous people or such volunteer spirit in any Muslim community.” 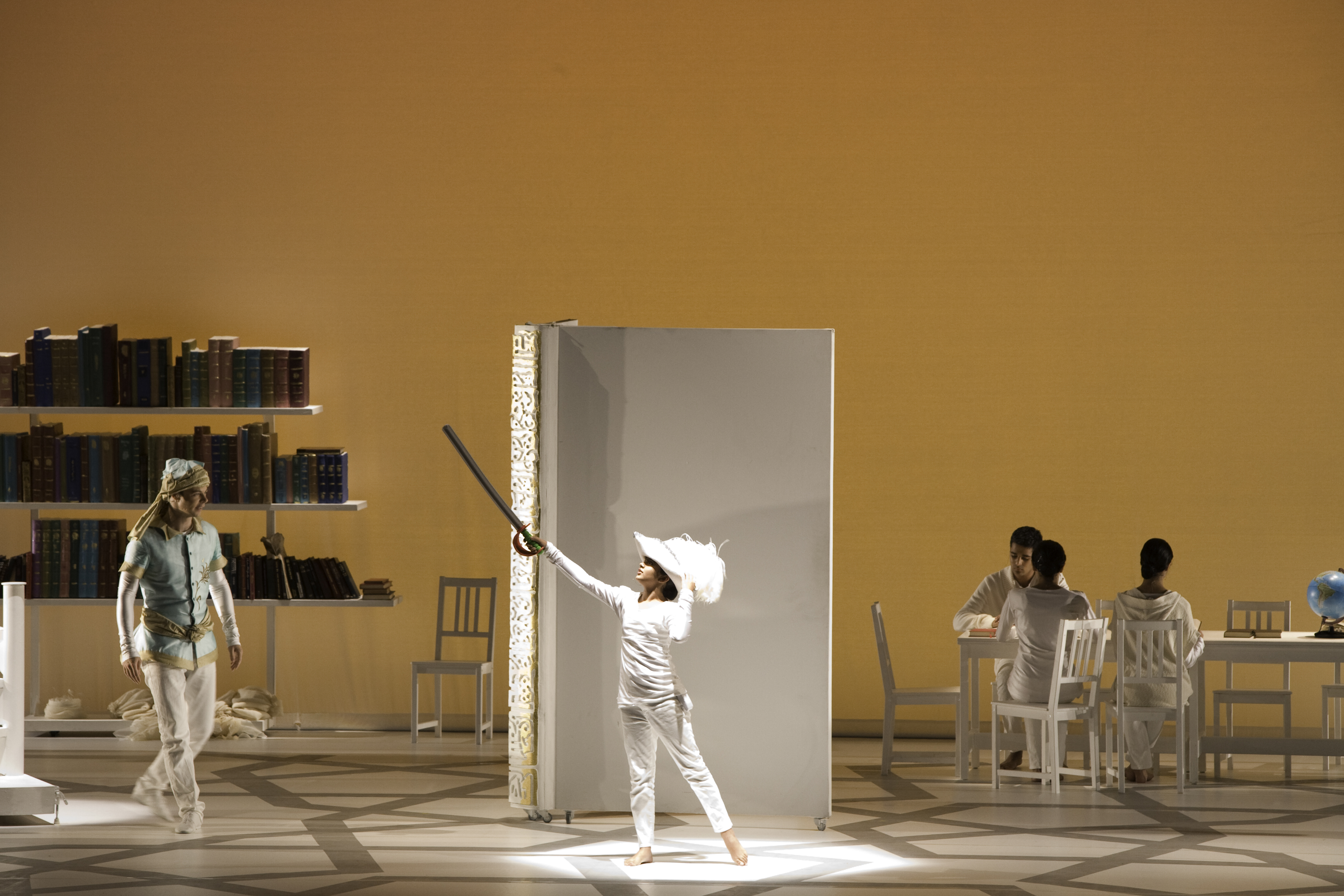 A child learns about the heroism of Hazrat Ali. Farhez Rayani

A member of the National Cast, Noren Panjwani, from Charlotte, North Carolina, had been rehearsing with the cast for three weeks and was appreciative of how the professional actors had helped the novices with their acting – skills that will endure long after the performance. She noted that “the [non-Ismaili] cast seems to know more about our history and faith than most of us,” a reflection of the tremendous amount of research that went into writing the script and educating the cast.

At the end of the evening I felt as though I had returned from a time capsule that had transported me across several continents and centuries. Members of the Jamat eagerly conversed with one other, discussing what they had learnt. Pride in our Ismaili heritage was apparent in the smiles all around. 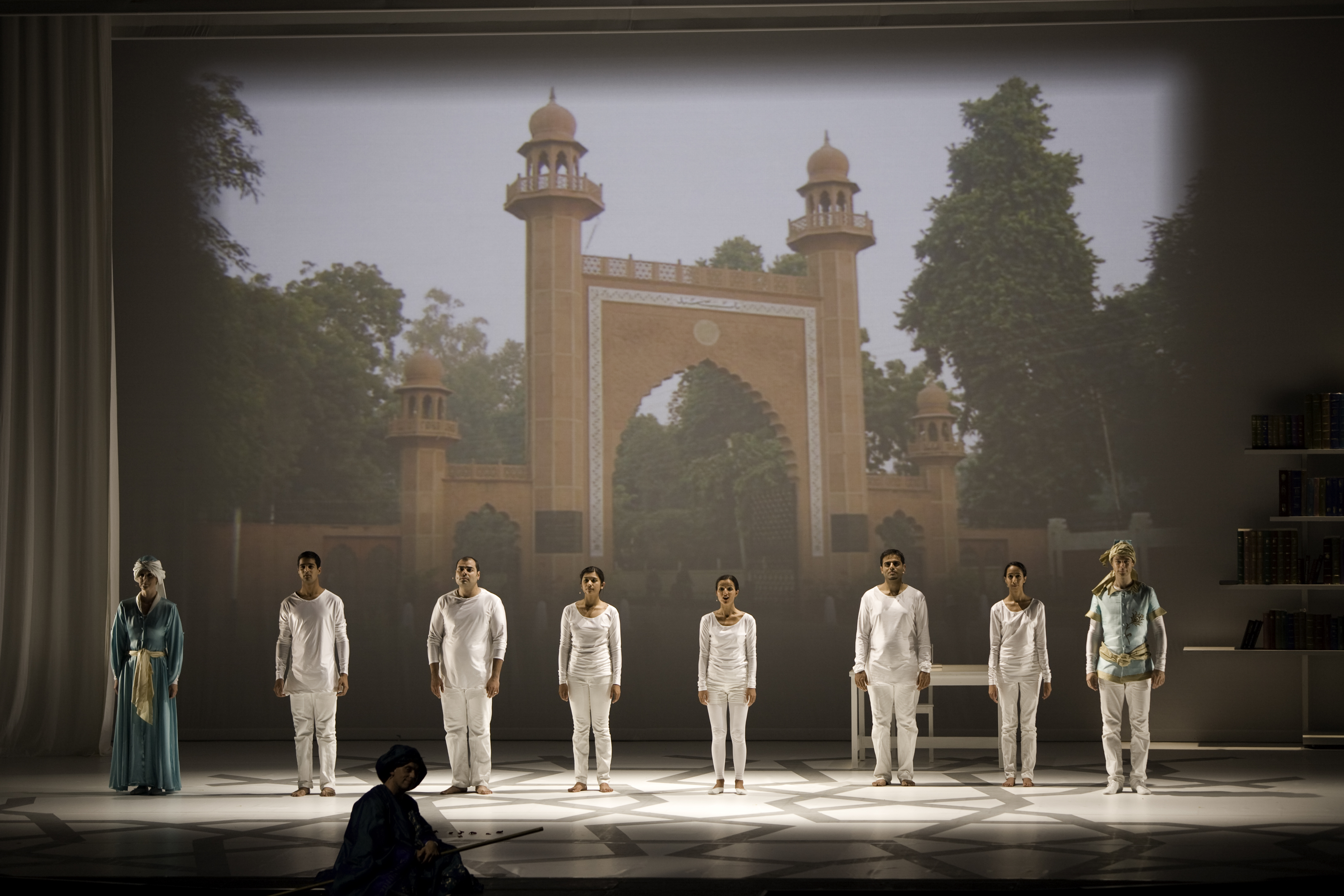 The story of the foundation of Aligarh University is recounted. Farhez Rayani

For more information on ALI TO KARIM and a schedule of cities and dates on this tour, please visit TheIsmaili.org/AlitoKarim.