Skip to main content
The.ismaili > Global > Speech by His Highness the Aga Khan at Splendori a Corte exhibition 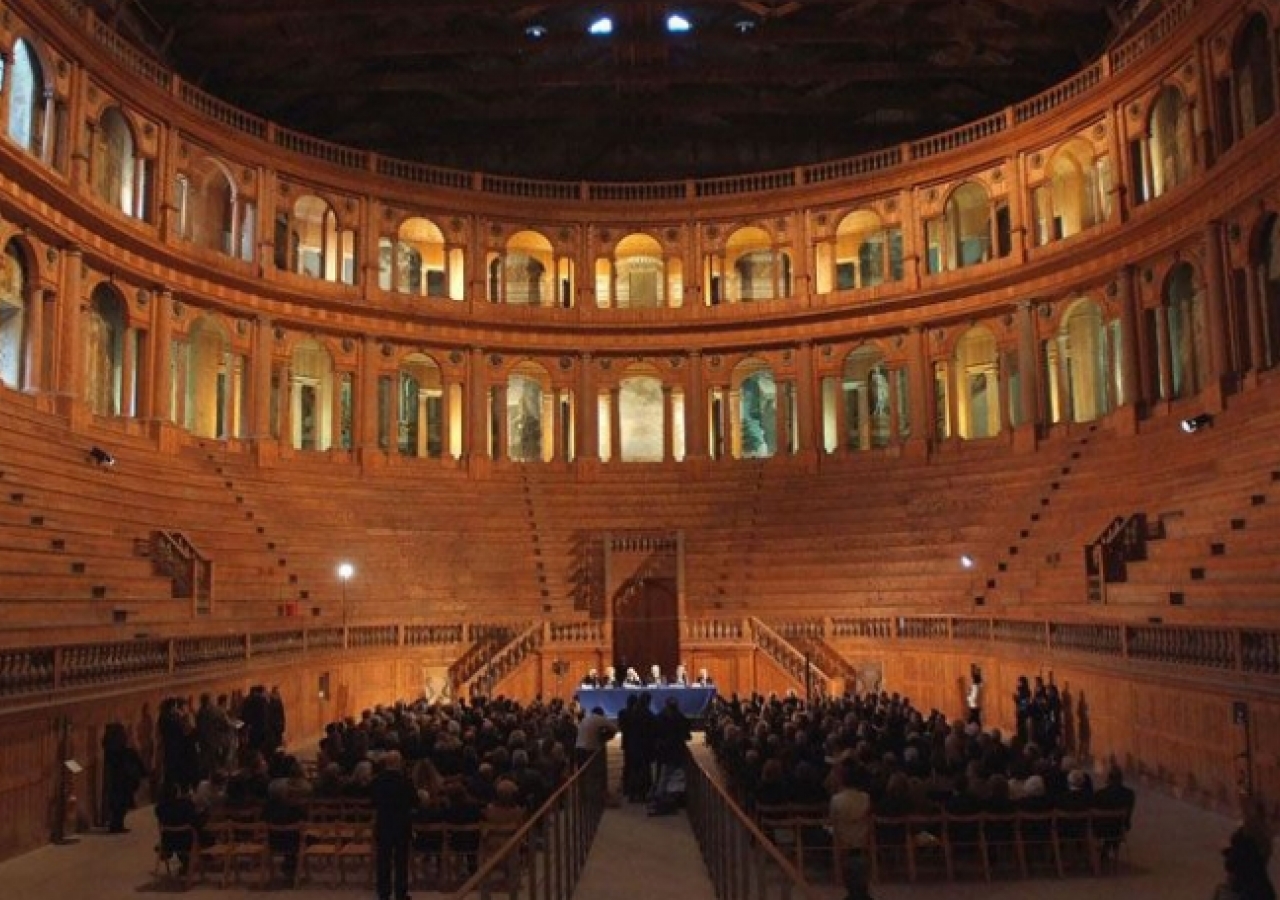 “I warmly thank the Foundation Parma Capitale della Musica for giving the Aga Khan Trust for Culture the opportunity to share with you, in this great city and this great country of unique cultural wealth, a small sample of the cultural assets of the Islamic world, and to try to build new forces of pride and respect for the cultural manifestations of the Islamic world at a global level.”

Let me begin by thanking Mrs. Fornari, Mayor Ubaldi and Senator Lunardi for their kind words of welcome to representatives of the Aga Khan Trust for Culture, our guests and me here at Parma.

As Presidente Onarario Fondazione Parma Capitale della Musica, and Chairman of the Board of the Aga Khan Trust for Culture it is an honour for me to be here tonight at this, the first preview of masterpieces of Islamic Art in the Collections of the Aga Khan Museum entitled Splendori a Corte and the performance of Sacred and Festive Music Traditions from Central Asia.

The past has privileged me with the friendship of Senator Lunardi and Ing. Baiocchi, as well as the happy occasion to have visited Parma in a private capacity and to have been welcomed by Mayor Ubaldi. During these happy times, we shared many thoughts on how our areas of mutual interest could build into joint initiatives from which, amongst other goals, the city of Parma could benefit. History and Culture were common areas of engagement, and it was a particularly exciting moment for me, when I realised we could bring them together in a shared platform of activities. That would, of course, not have been possible, unless those responsible for sustaining and enhancing the cultural life of this city had been willing to look outside the limits of the city, outside the frontiers of Italy and Europe, and espouse the concept that culture from whatever part of the world and from whatever background, should be part of the new region of Parma as the Capitale della Musica. In our world, where major cultures and faiths are ignorant of each other, new dialogues are critical. And Parma has opened the door to this important and challenging prospect. The Aga Khan Trust for Culture and I are honoured that the first initiative of the young Foundation Parma Capitale della Musica to embrace the global world around us, has been to welcome the cultural representations of various parts of the Muslim world.

The developing political crises of the last few years, and the large numbers of Muslims emigrating to the West, have revealed - often dramatically - the considerable lack of knowledge of the Muslim world in many Western societies. This ignorance spans all aspects of the peoples of Islam: their pluralism, the diversity of their interpretations of the Qur’anic faith, the chronological and geographical extent of their history and culture, as well as their ethnic, linguistic and social diversity.

The Aga Khan Trust for Culture, the cultural agency of the Aga Khan Development Network, works to expand this knowledge. It promotes debate about the built environment; proposes exemplars and solutions for contemporary design problems; engages in the physical and social revitalisation of communities, thus impacting their quality of life; and, through education and cultural initiatives in the realm of music and the arts, aims to position properly the greatness of the cultures of the Muslim world in our global cultural heritage.

These societies are experiencing dramatic periods of transition, processes of change, and homogenising forces of popular culture, often from far away lands which they view as threatening the significant contributions Muslim civilisations have made to the common heritage of humanity and radically altering the value systems of their future generations. In Muslim societies culture matters a great deal, for it is intimately intertwined with matters of faith. Authentic symbols of pride and identity seem to be disappearing leading to a sense of exclusion, alienation or even challenge to inherited identity.

The need for better understanding across cultures has never been greater - nor more pressing. We must do our utmost to value and protect what is greatest in our common heritage. It is important that the diversity of cultures, the pluralism that characterises many societies today, is recognised as a vital asset and prerequisite for progress and development.

I warmly thank the Foundation Parma Capitale della Musica for giving the Aga Khan Trust for Culture the opportunity to share with you, in this great city and this great country of unique cultural wealth, a small sample of the cultural assets of the Islamic world, and to try to build new forces of pride and respect for the cultural manifestations of the Islamic world at a global level, and thereby contributing to the reduction of the damage that has been made in recent times by questionable decisions in the field of international politics.