When choosing to breastfeed, new mothers are often faced with uncertainty on how to best support their baby’s health. What should a breastfeeding mother’s diet look like? Is it safe to consume caffeine? What about other medications? Covid-19 further complicated breastfeeding, adding the question of whether the virus could be spread through a mother’s breast milk. Dr Shela Hirani was recently recognised as one of the World Health Organization’s 100 Outstanding Women Nurses and Midwives for her work in supporting breastfeeding practices during the global pandemic.

Currently an Associate Professor at the University of Regina Faculty of Nursing in Canada, Dr Hirani began her career in nursing 21 years ago at the Aga Khan University School of Nursing (AKU-SONAM) in Karachi, Pakistan. There, she received Bachelor’s and Master’s degrees in Nursing, as well as an Advanced Diploma in Early Childhood and Human Development.

While working as a pediatric and neonatal nurse at Aga Khan University Hospital, Dr Hirani noticed that one of the root causes of malnutrition and diarrhea among young children was the use of unclean water in bottle-feeding and formula milk.

“A solution that nature has given specifically to mothers is that they have breast milk, which doesn’t require water or preparation or warming up because the mother’s milk is something which is readily available,” said Dr Hirani. In addition to serving as a source of early nutrition, breastfeeding also offers numerous benefits for children’s brain development, sense of attachment and security, and long-term immunity.

Dr Hirani became motivated to pursue specialisation in breastfeeding and became a lactation consultant in order to better meet the needs of the mothers she was working with.

After working at AKU-SONAM as an Assistant Professor for 10 years, Dr Hirani continued to pursue research in breastfeeding through her PhD from the University of Alberta, Canada. Collaborating with FOCUS Pakistan (now known as the Aga Khan Agency for Habitat), she traveled to Chitral, Pakistan, to study breastfeeding practices of mothers who were affected by disasters and displacement.

Much of Dr Hirani’s current work focuses on exploring the challenges that refugee mothers face when sustaining breastfeeding practices in Canada. Her research also investigates culturally appropriate care and ways to improve the Canadian healthcare system to better serve refugee mothers and children.

Through her work, Dr Hirani has emphasised the importance of guiding breastfeeding mothers and also strengthening their social networks and breaking the stigma around breastfeeding in some parts of the world, in order to acquire more public support.

“Many times, mothers feel shy or embarrassed to talk about topics like this because our society is still not considering breastfeeding as a very normalised process,” she said, adding that she felt this was true of both Canada and Pakistan. “It’s [often] not considered normal to breastfeed in public transit or shopping centres. Women need privacy and safe space. Safe space provision is not only the right of the mother but a big responsibility of the community at large.”

Dr Hirani’s advocacy work on breastfeeding has continued through the Covid-19 pandemic. Over the last year, Dr Hirani has worked on developing and implementing a knowledge mobilisation tool to provide educational materials for breastfeeding mothers who cannot physically access healthcare facilities in the pandemic. Through YouTube and social media channels, Dr Hirani was able to virtually reach breastfeeding mothers and continue to offer them support during these times.

Dr Hirani emphasised how blessed she feels to have received her education through the Aga Khan institutions, as they equipped her with technical knowledge and leadership skills to become the researcher, healthcare provider, and advocate that she is today. She added that she is equally grateful for choosing the occupation of a nurse.

“Nurses are really the change agents within society,” she said. “By keeping your horizons open, nursing gives you the opportunity to work in the community in different care settings both in the hospital and beyond.” 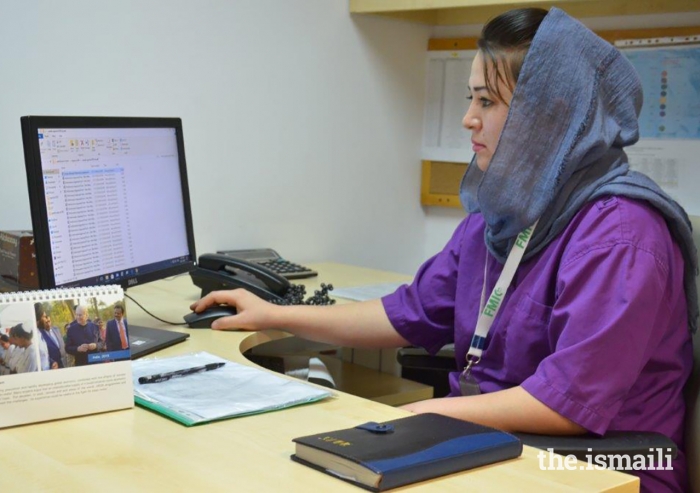 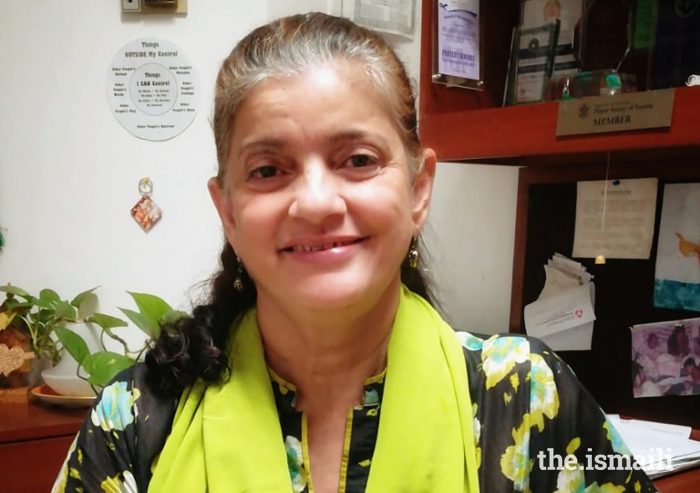 Samina Vertejee continues a tradition of uplifting the status of nursing