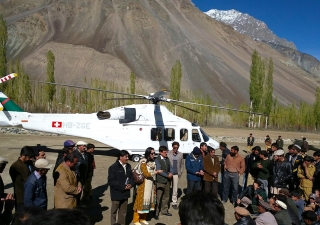 2 November 2015 — The powerful 7.5 magnitude earthquake that struck the Jurm District of Badakhshan Province in Afghanistan on 26 October has affected large parts of Afghanistan, Northern Pakistan and Tajikistan. Many populations in the region of the Hindu Kush mountain range have suffered the consequences of this calamity, including Ismaili communities. 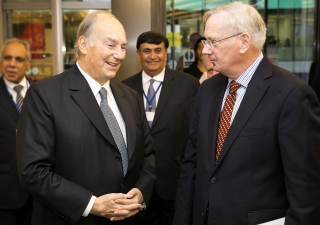 As institutions of the Aga Khan Development Network and Ismaili communities around the world join in the 2015 international ShakeOut earthquake drill, Focus Humanitarian Assistance is placing special emphasis on disaster preparedness to save lives and limit the impact of calamity. 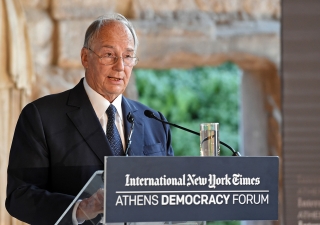 Athens, 15 September 2015 — Democracy faces dire challenges in the world today, says Mawlana Hazar Imam. Its survival depends on how well it can deliver on a promise of human progress. 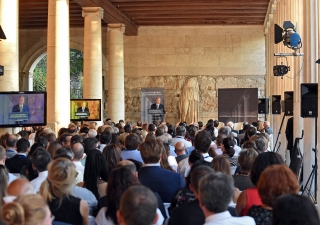 Mawlana Hazar Imam delivered a keynote speech at the Athens Democracy Forum on 15 September 2015. Speaking on “the challenges facing democracy in our world,” Hazar Imam drew a link between the progress of democracy and improvement in the quality of human life. 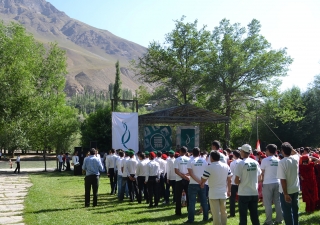 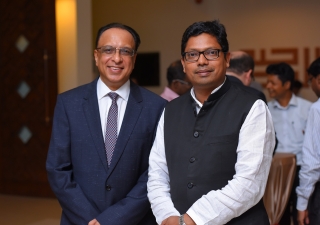 Dhaka, 30 July 2015 — Government leaders and members of the diplomatic corps joined AKDN staff and volunteers for an Imamat Day reception at the Ismaili Jamatkhana and Centre. The event also marked the first anniversary of the establishment of the Office of the AKDN Resident Representative in Bangladesh. 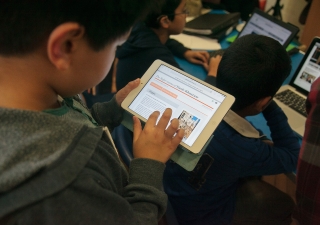 The Institute of Ismaili Studies recently launched a major redesign of its website — www.iis.ac.uk. The updated site offers a complete new look and a smooth user experience that is compatible with desktop, tablet and mobile devices. 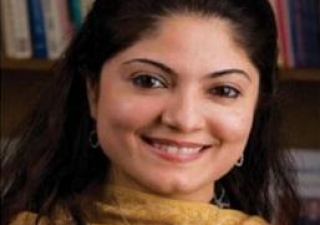 The two year Masters in Nursing program at AKU-SONAM is the first of its kind in Pakistan. Thesis defense is one of the most important forms of training within the program. The process requires an External Examiner to review student theses and examine them on the day of their thesis defense. Dr. Salimah Meghani was selected as the External Examiner for 2011 through the Time and Knowledge Nazrana initiative. 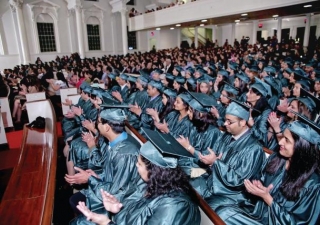 Shaahin Sayani has been involved with the QOL’s GED initiative since its early beginnings. “We had a soft launch with two classes in Atlanta in February of 2013 before we launched the full program in the Southeast,” recalls Shaahin. As the head of logistics, Shaahin was responsible for ensuring that facilities and resources were available for the three-hour classes that were held three times a week.

Prince Rahim and Princess Salwa have kindly shared photographs of Prince Irfan, their first child, who is pictured with his parents and grandfather, Mawlana Hazar Imam. 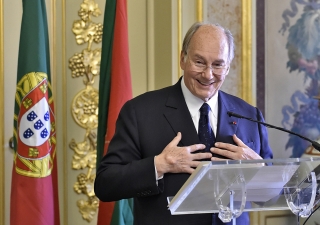 Lisbon, 3 June 2015 — Mawlana Hazar Imam and Portugal’s Minister of State and Foreign Affairs Rui Machete signed a landmark agreement today, for the establishment of a formal Seat of the Ismaili Imamat in Portugal.