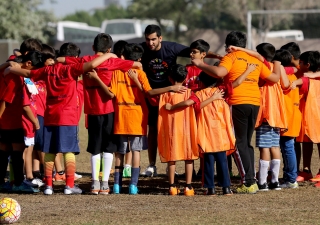 As the year drew to a close, Ismaili Muslim athletes from across the Gulf region came together in Dubai to take part in the 2015 Gulf Games. The event was a qualifier for the Jubilee Games — also set to take place in Dubai later this year. 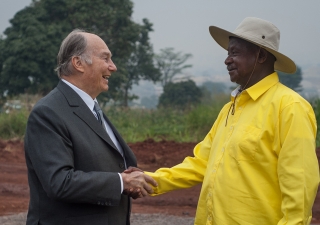 Kampala, 17 December 2015 — The Aga Khan University will build a world-class teaching hospital in the heart of Kampala on land granted by the Government of Uganda, announced Mawlana Hazar Imam today. Together with the President and Prime Minister of Uganda, he took part in ceremonies marking the granting of land and initiation of the new University Hospital in Kampala. 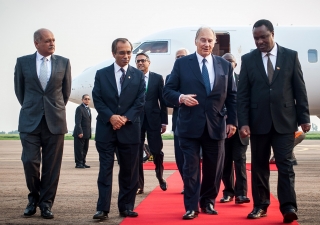 Entebbe, 16 December 2015 — Mawlana Hazar Imam arrived in Uganda today ahead of an expected event announcing plans for a new Aga Khan University Hospital to be established in Kampala. 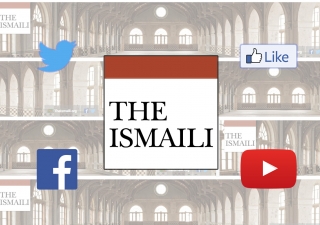 The Ismaili Muslim community now has a new official page on Facebook and a channel on YouTube. The expanded social media presence will permit more members of the Jamat and the wider public to reach TheIsmaili content on a broader range of platforms. 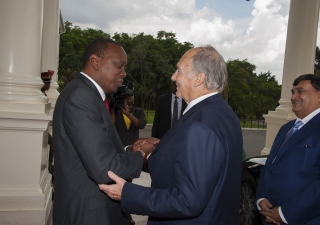 Nairobi, 12 December 2015 — Mawlana Hazar Imam departed Nairobi this evening after participating in Jamhuri Day celebrations at the invitation of the President of Kenya, His Excellency Uhuru Kenyatta. 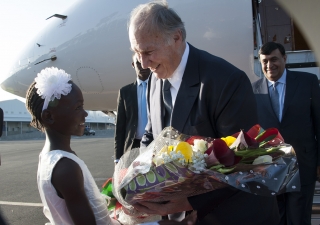 Nairobi, 11 December 2015 — Mawlana Hazar Imam arrived in Kenya today, where he will participate in Jamhuri Day celebrations at the invitation of His Excellency President Uhuru Kenyatta. 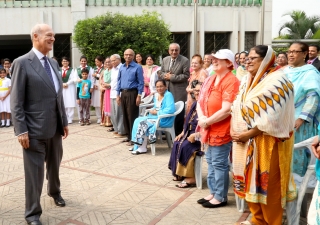 Prince Amyn travelled to Bangladesh last week, where he presented his credentials to the government as Mawlana Hazar Imam’s personal representative. During the three-day visit, he also toured the Ismaili Jamatkhana and Centre, Dhaka and met with Jamati and AKDN leaders. 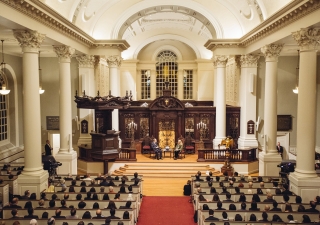 Mawlana Hazar Imam sat down with Harvard University Professor Diana Eck for an on-stage conversation after delivering the Samuel L. and Elizabeth Jodidi Lecture at Harvard. Their dialogue explored many ways in which pluralism affects society and human development. 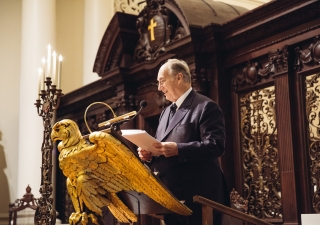 Cambridge, MA, 13 November 2015 — For decades, technology and globalisation have been held up as a panacea for humanity’s ills. But although today’s world is now more connected than ever before, it has also become more fragmented. 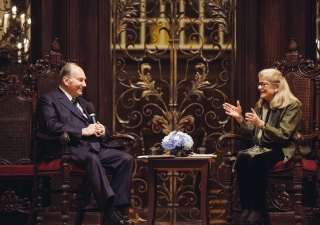 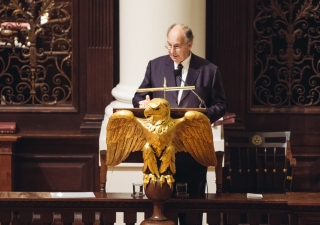 “The developing world is now facing a major challenge: how does it care for the elderly? Even in more developed societies, social changes have eroded some of the domestic support that once eased the burdens of the aging. How, we must all ask, will we manage the new challenges of longevity?” 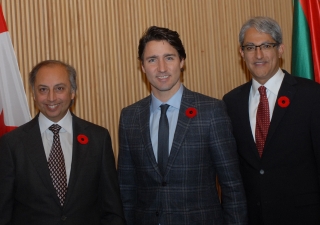 Ottawa, 5 November 2015 — Canada's newly sworn-in Prime Minister, the Right Honourable Justin Trudeau, visited the Delegation of the Ismaili Imamat on Tuesday evening where he met with the President of the Ismaili Council for Canada and the AKDN Resident Representative in Canada.