University of Central Asia student Payrov Dehqonov interned at the Aga Khan Agency for Habitat, and helped to analyse data in order to better prepare communities in Tajikistan that are at high-risk of being impacted by natural disasters.

Based in Khorog, 21-year-old Payrov is a third-year University of Central Asia (UCA) student majoring in Earth and Environment Science. He interned with the Aga Khan Agency for Habitat (AKAH) during the winter of 2020 in the Operational Research and Technical Department, and worked on mapping out the effects of natural disasters in his region.

While working at AKAH, Payrov learned of the community’s work and recognised the effect it could potentially have on his own community.

“I hope this kind of organisation will also one day be in my community to prepare people that are living in high-risk areas to manage disasters regarding preparedness, response, and understanding of natural hazards,” he said.

The work he did during the course of his internship consisted of working with and analysing data.

“I worked on a comparison of reports from Geographic Information Systems (GIS) engineers, sociologists, and geologists,” Payrov said.

ArcGIS is an online software programme which uses maps and geographic information to create analysis. Payrov used the software to conduct the project he undertook that winter.

“I also started a project to translate a map of the natural hazards of various villages of Gorno-Badakhshan Autonomous Province from Russian and Tajik into English.” 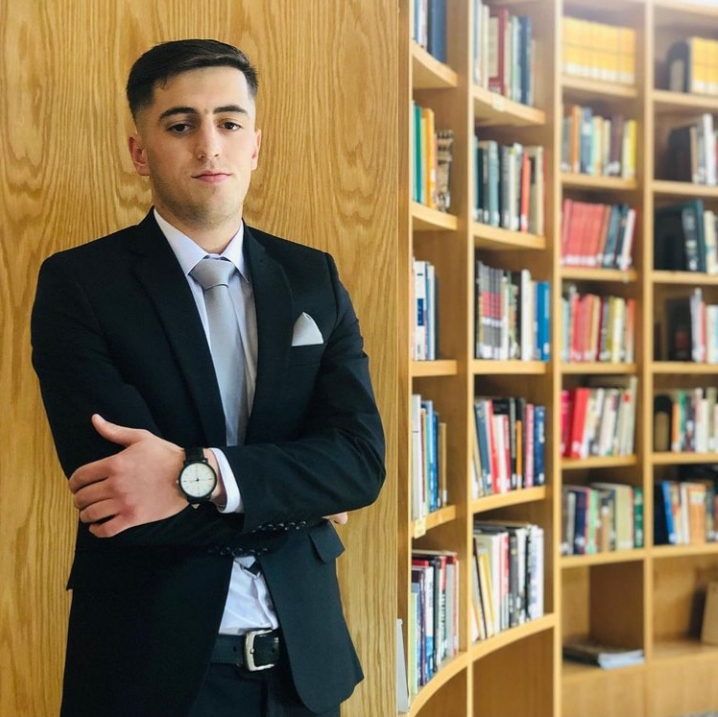 "I learned how to create maps for natural hazards, as well as exporting the maps to other sources such as jpg, shapefile, and others. Furthermore, I developed my critical thinking through data analysis in Excel sheets,” Payrov said.

The data he worked on is now being used to help communities in Tajikistan at risk of natural disasters. With this data, AKAH can work on better preparing the community for unexpected events, and assist them with understanding the risks they face, making them better prepared to respond when they occur.

AKAH is a part of the greater Aga Khan Development Network, and aims to address the threat of natural disasters and climate change, particularly in developing countries. The Aga Khan Agency for Habitat works with individuals from all around the world, including Tajikistan, where students are able to participate in internships.

Natural disasters are a major focus for AKAH operations in Tajikistan. The agency works in over 600 villages in the Gorno-Badakhshan Autonomous Region, helping communities assess, prepare for, mitigate and respond to the risks they face. Due to the mountainous landscapes of the surrounding region, the agency focuses on preparing for and responding to these disasters, which are also rapidly rising due to climate change.

The agency also works with national governments to accomplish their regional mission of risk mitigation and disaster relief. In Tajikistan, they work closely with the Government’s Committee of Emergency Situations and Civil Defence, the Main Department of Geology, the Committee for Environmental Protection, and the Institute of Seismology. Globally, AKAH partners with the World Food Programme (WFP), the United Nations Children’s Emergency Fund (UNICEF), and the Office for the Coordination of Humanitarian Affairs (UNOCHA), to name a few.

Payrov hopes to continue at the organisation after he graduates. The impact the experience has had on him is something that will influence his career path moving forward.

“I am also looking forward to being part of this organisation and making an effort to contribute to my community in order to have a better quality of life,” he said. “Even though I only worked for a short period of time in AKAH, it was a really great experience for me.”

A century of educational excellence