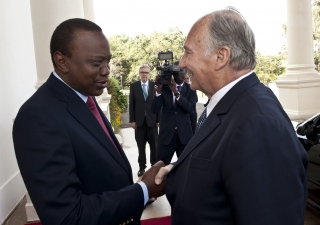 Nairobi, 2 March 2015 — Mawlana Hazar Imam met with Kenyan President Uhuru Kenyatta at the State House today. The meeting followed the convocation ceremony of the Aga Khan University, where Hazar Imam presided in his capacity as Chancellor of AKU. 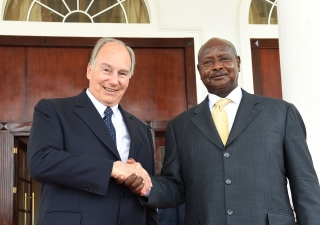 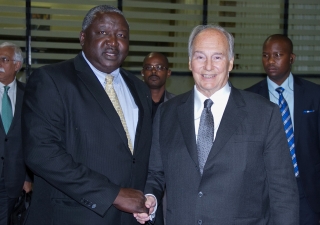 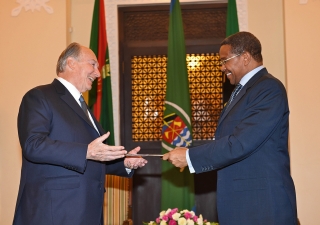 Dar es Salaam, 23 February 2015 — Tanzanian President Jakaya Kikwete presented Mawlana Hazar Imam with the newly granted charter of the Aga Khan University, at a ceremony held at the State House today. The occasion marks the first time that a foreign-based institution of higher learning has been recognised under Tanzanian law in this manner. 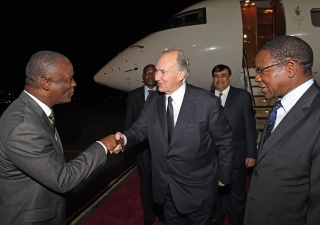 Dar es Salaam, 20 February 2015 — Mawlana Hazar Imam is commencing a ten-day visit to East Africa today, marking the 15th anniversary of the Aga Khan University’s presence in the region. In his capacity as Chancellor of AKU, Hazar Imam will preside over convocation ceremonies in Dar es Salaam, Kampala and Nairobi. 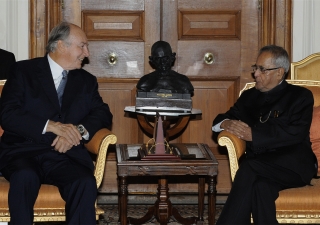 New Delhi, 25 January 2015 — Mawlana Hazar Imam has been named a recipient of the Padma Vibhushan, one of India’s highest civilian decorations. 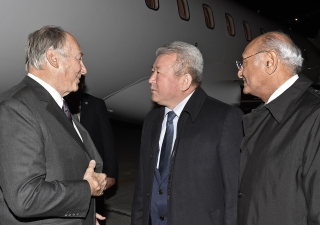 Bishkek, 2 November 2014 — Mawlana Hazar Imam arrived in the capital of the Kyrgyz Republic this evening for a four day visit to review Aga Khan Development Network activities in the country.

Highlights from the Opening of the Aga Khan Museum, Canada

The opening ceremony of the Aga Khan Museum took place on 12 September 2014, following the opening of the Ismaili Centre, Toronto earlier in the afternoon by Canadian Prime Minister Stephen Harper and Mawlana Hazar Imam. They also marked the opening of the museum, together with Prince Amyn and the Honourable Shelly Glover, Minister of Canadian Heritage and Official Languages. Among the distinguished guests at the ceremony were Prince Rahim, Princess Salwa, and Prince Hussain, former Governor General Adrienne Clarkson, government leaders, diplomats, and leaders of Jamati and Imamat institutions. 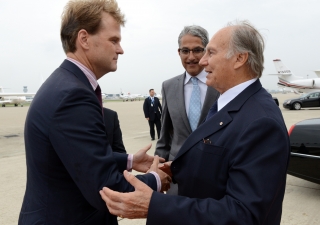 Toronto, 10 September 2014 — Mawlana Hazar Imam arrived in Canada this afternoon, ahead of the opening of the Aga Khan Museum and the Ismaili Centre, Toronto. The occasion, to be marked by two separate ceremonies, will take place on Friday. Full coverage, including a live webcast of both opening ceremonies will be provided on TheIsmaili.org. 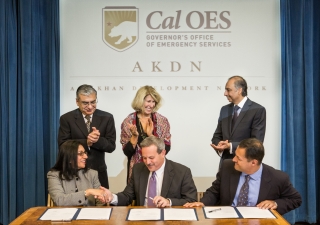 AKDN, FOCUS and the California Governor’s Office of Emergency Services signed a Memorandum of Understanding in December that aims to reduce loss of life from man-made and natural disasters. The MOU builds on the Agreement of Cooperation that has been in place between the Ismaili Imamat and the State of California since 2009. 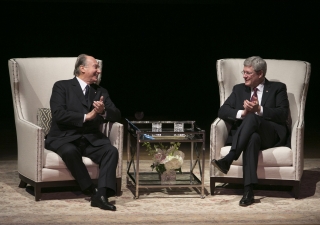 Toronto, 28 February 2014 – Mawlana Hazar Imam and the Right Honourable Stephen Harper, Prime Minister of Canada, announced a joint human development initiative that will touch the lives of more than a million people. 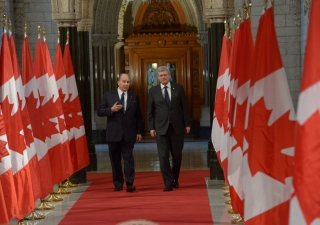 Ottawa, 27 February 2014 – Mawlana Hazar Imam delivered a historic address to the Parliament of Canada today. This extended video includes Hazar Imam and his family arriving at Parliament Hill, his meeting with the Prime Minister and the signing of the protocol agreement between the Ismaili Imamat and Canada.