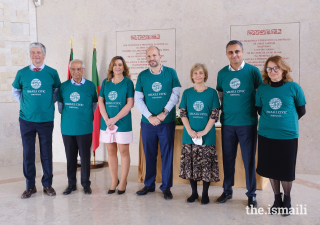 Ismaili CIVIC Portugal hosted a blood donation campaign today at the Ismaili Centre in Lisbon. The Portuguese Minister for Health and Prince Hussain attended the pop-up clinic, organised to boost blood reserves in the country. 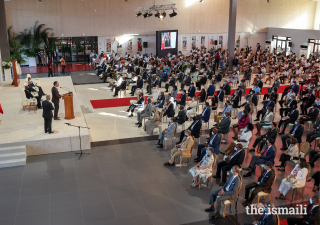 At a special celebratory event, the Aga Khan Academy Maputo was inaugurated by Filipe Nyusi, President of Mozambique, and Marcelo Rebelo de Sousa, President of Portugal, in the presence of Prince Rahim. 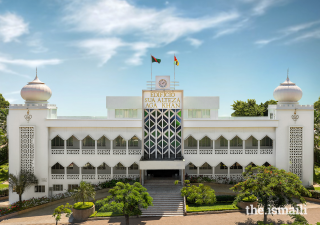 Situated in the heart of Mozambique’s capital, along the Indian Ocean coast, Maputo Jamatkhana stands as a monument to the long history of the Ismaili community in southern Africa. 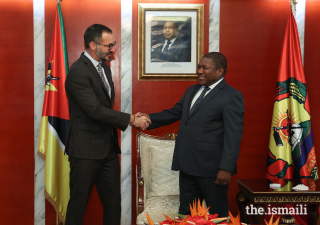 Following his visit to Dubai, last night, Prince Rahim arrived in Maputo for a three-day visit, during which he will meet senior state officials and leaders of the Jamat, and attend the inauguration ceremony of the Aga Khan Academy Maputo. 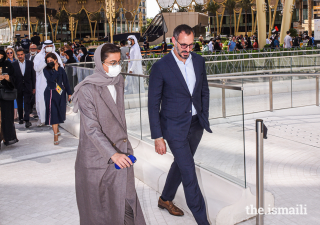 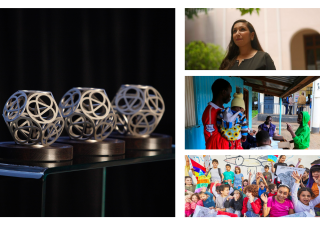 The Global Pluralism Award ceremony was streamed to a worldwide audience on 23 February 2022, highlighting the organisations and individuals who demonstrate pluralism in action everyday. 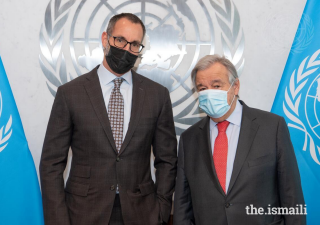 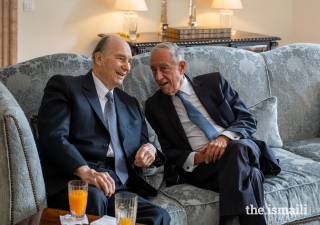 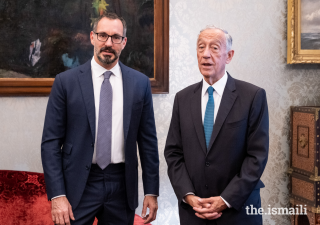 Prince Rahim met with His Excellency Marcelo Rebelo de Sousa, President of Portugal, on 25 December 2021 at the Presidential Palace. 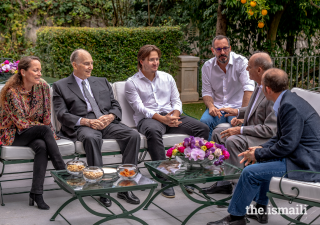 On the occasion of his 85th birthday, Mawlana Hazar Imam spent time with members of his family. Hazar Imam’s brother, Prince Amyn, and his four children — Princess Zahra, Prince Rahim, Prince Hussain, and Prince Aly Muhammad — were all with him to mark this happy milestone. In the images below, Hazar Imam is also seen holding one of the 19th century porcelain vases presented to him on behalf of the global Jamat on the occasion of his birthday. 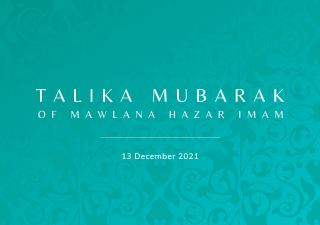 On the occasion of Salgirah, Mawlana Hazar Imam has graciously sent a Talika Mubarak to the global Jamat, which is being shared via The Ismaili. 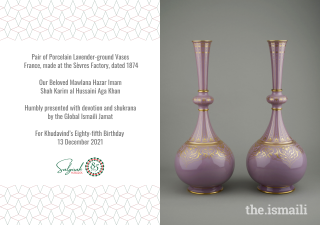 In commemoration of the milestone occasion of our beloved Mawlana Hazar Imam’s 85th Salgirah Mubarak, a humble gift was presented on behalf of the global Jamat as a token of our gratitude, love, and devotion.